We've had one of those up and down weekends.  It all started on Thursday late afternoon, when we got a few, more, Christmas gifts in in the mail. 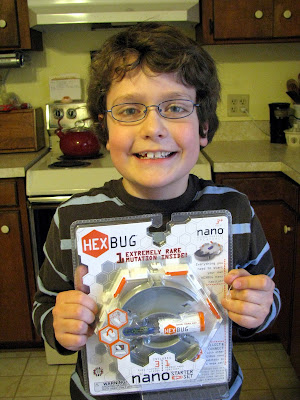 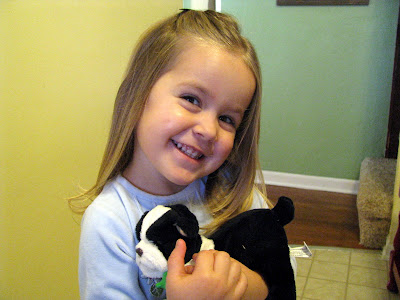 Then, Thursday evening, Adina took quite a fall.  I only saw the end of it with her falling, on the back of her head, from the wing chair in our kitchen; but she said that her ear hit the counter, and she had some scrapes below her lip and a bruise on her chin.  Anyway, all tears aside, she really seemed to be fine.  I was watching for all the signs of any head injury, but it appeared to be just another fall.  Then, she started running a high fever in the middle of the night and didn't sleep well.  A nurse friend assured us that the fever and fall were most likely unrelated, but as the day progressed, Adina began to complain of her ear hurting, and I didn't know if it was just because she bonked it or if there had been an internal injury.  And even with Ibuprofen in her system, her temperature spiked to 103.5 degrees.  I had it!  So, I hauled her off to the pediatrician.

As it turns out, it was just pure coincidence that the temperature began when it did.  Praise the Lord!  Her white blood cell count was low, but her ear looked just fine, and she passed all the other tests.  So, I've been cooped up, most of the weekend, watching movies, cuddling, reading stories, and nursing her back to health, while the boys have been off gallivanting around.  Matter of fact, the only thing she just couldn't live without was a quick stop by the library, on Saturday morning, to give a hug to our children's librarian, who is retiring.  We have known her since we moved into our home when Ezekiel was two-years-old.  We will miss you greatly, Miss Debbie! 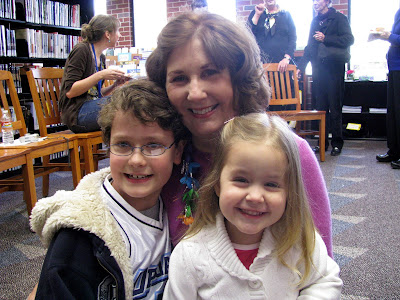 Then, the boys were off to Ezekiel's first basketball game.  I was so bummed to have to miss it!  Sigh.  According to Ezekiel, they got "creamed"; but he had so much fun in the process, and that's what really matters ;).

Sunday was just a completely lazy day, but I cannot even begin to tell you how exhausted I felt.  Adina and I whipped up pork chops, rice, and glazed baby carrots for Sunday noon, which was good, because the boys were starving, when they got home from church.  But other than that and a massive pile of dirty dishes to wash, we just rested, watched football, and tried to relax; before the boys were off to Awana again, and us girls got back to the really important stuff, like changing our toenail polish from RazzApple Magic Dip... 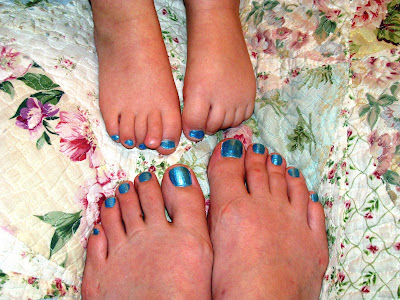 to Wicked Lemonade.  I'm not sure either one was a very good decision.  LOL! 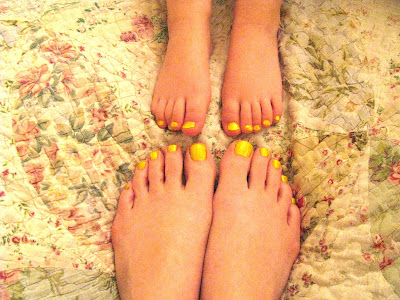 Now, we're off to another week of school and taking care of all the things that come with managing a household.  Plus, the Market Fresh Girls and I have got a fabulous line-up of card creations to share, with you all, later today.  I hope you'll stop back by to check it out!  Until then, I wanted to leave you with a picture of our amaryllis.  I just LOVE to have a little pop of sunshine, growing right in my window box, when the plants outdoors have lost their luster and shriveled up with the frost! 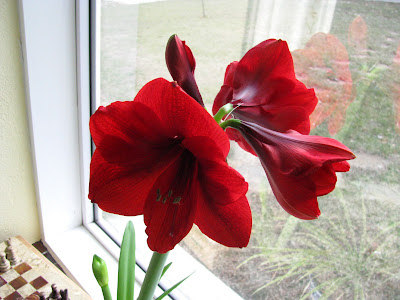 Thanks so much for stopping by, and have a wonderful start to your work weeks, ya'll!
Posted by Jinny Newlin at 8:37 AM

I am so glad Adina is okay Jinny! That is one of the scariest things when they fall. Enjoy the cuddle time with her and I hope she's back to 100% soon.