Hey, guys!  I usually try to work up these posts while my kiddos are having quiet time/napping, but I needed to crash, along with them, today, too.  The ickies are on the rampage again, and I'm struggling.  I feel like I've been cleaning and washing for weeks on end and to no avail.  Everyone still seems to pick something up.  Sigh.  Anyway, I know it's late, but I wanted to share a few pics of one of the special things we did this weekend.  Ezekiel had the opportunity to compete, with a church group of four other boys his age, against a number of churches in our area, in Awana Quiz. 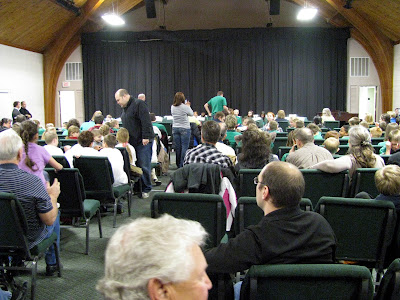 He and BJ rode up, from church, at the crack of dawn, with the rest of the kids competing.  And since they had to be there two hours before the actual competition started, Adina and I popped in just before the action began.  He was so sweet as soon as he spotted us, waving and smiling and giddy as could be. 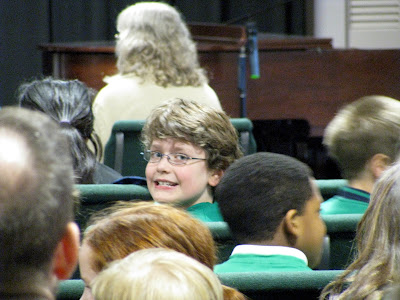 He didn't seem the least bit nervous either.  He's so brave! 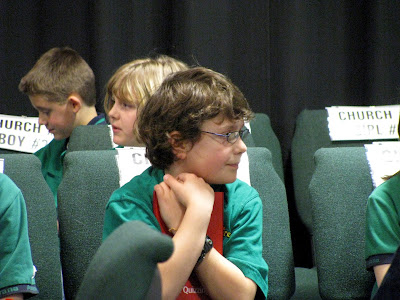 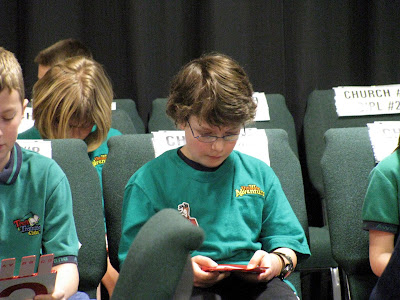 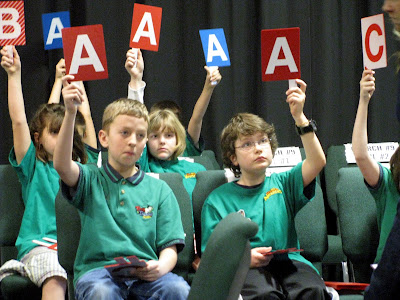 He was the only one, from his group, who received a High Honor ribbon for not missing a single question... 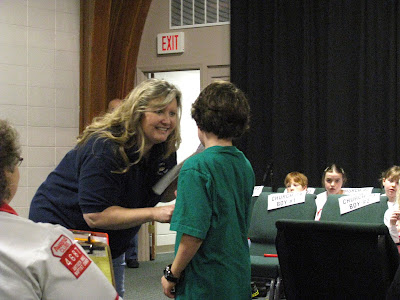 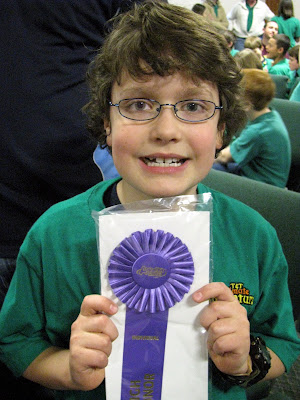 and although he forgot the word "and", in one of the scriptures he quoted, in the second round... 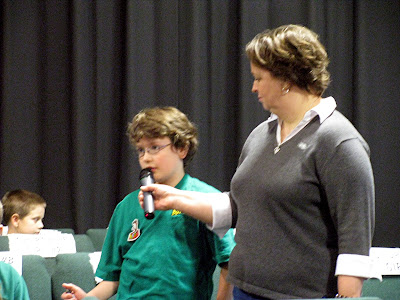 his team still tied for 1st place.  Unfortunately, while they were tallying up the scores, all but one boy from his team, including Ezekiel, had to sneak out to basketball games.  So, we missed the awards ceremony and the news that there was a tie breaking question, which wasn't answered by the one boy left to compete, and they got 2nd place.  Ugh!  So close!  I still cannot tell you how proud we were/are of him!  It was such a great experience, and I have no doubt that he's already got next year's Quiz in his sights.

Oh!  And he didn't win that basketball game again, but he and his team have improved so, so much!  They keep getting better and better every week.  The problem is that everyone else is too.  LOL!  Anyway, he's still having fun, and that's what really matters.

Also, I wanted to update you all on how Ezekiel did in the Sea Life Young Environmentalist Competition.  Out of 101 entrants, he tied for 29th place with 127 votes.  So, being that 29 isn't in the top 12, the lowest of which received 333 votes, he obviously didn't attain the title.  But I have to say that, again, this was such a great experience for him!  He also received two, FREE tickets for the opening month, for his efforts, which totally made his entire day.  So, to him, it was worth all the hard work he poured into it.  Thank you so much for your votes and for helping us spread the word about the competition.  We greatly appreciate YOU!

Well, ya'll, Castle just got over, and my hubby is lying next to me snoring away.  So, I'd better run.  Thanks so much for checking in on us, and have a wonderful week!  Hugs!
Posted by Jinny Newlin at 9:06 PM

so awesome...We also have AWANA at our church. It is such a blessing...there has been so many kids that have accepted the Lord as their savior. God is so awesome...

Way to go Ezekiel! What an amazing weekend for him and you should be so proud of all his fabulous accomplishments!

So HAPPY for your little man Jinny!! FEEL BETTER SOON ;)

Jinny, I got your email about how Ezekiel fared in this competition, and though he wasn't in the top 12, he did pretty well considering how many kids entered! And I'm glad he was happy with his two free tickets, bless his heart.