Hey, ya'll!  Happy Monday!  I know that I'm popping in here a bit later than usual, but I've come to the conclusion that computer time, because my big kiddo uses it most of the morning for school, as well as quiet time, as my kiddos have now gone to bed, comes much easier this time of night.  Plus, it seems that I'm much more fruitful, in my creative space, in the afternoons, when I'm not just completely exhausted from the day.  So, I may just make these evening posts the norm.  Anyway, I wanted to share a few pics of our weekend.

I was feeling seriously under-the-weather all last week and spent a lot of time in bed and on the couch.  Fortunately, I'm doing much better as this week begins and thought that I'd rid the house of any lingering germs by washing the slipcover on our couch; but imagine my surprise, when I reached into the dryer and discovered this.  I'm sure you can only imagine what my slipcover looks like.  Ugh!  The culprit is a blue crayon that, unbeknown to me, had gotten tucked up into the folds.  Sigh.  My littlest was sure it was her fault and kept saying that she was so sorry over and over again.  (Even she knows how terrible my couch now looks :(.)  Poor thing!  I just love her so much! 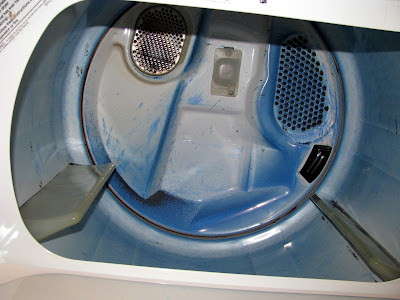 On Saturday, my big kiddo had another basketball game.  So, we ran a few errands.  Then, we were off to cheer him on to a victory!  Woohoo! 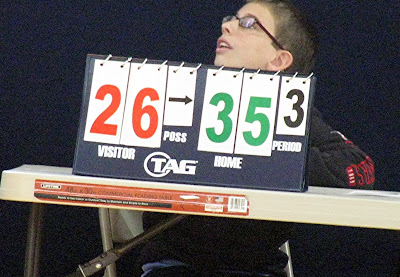 It was his team's first win, so I just had to memorialize the moment with a picture of Ezekiel and his Coach/Daddy. 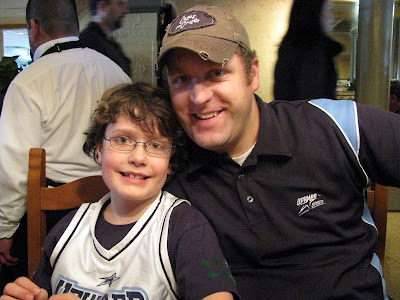 We spent the rest of the day taking naps and enjoying time together just relaxing.  On Sunday, after church, we cooked up a yummy lunch and napped again.  (I was still trying to shake the last of the ickies.)  Then, we whipped up a batch of cookies to start Valentine's week off right.  They're just regular Peanut Blossoms with the KISSES replaced by dark chocolate, milk chocolate, and REESE'S hearts.  The REESE'S tended to melt much more than the rest of the bunch, but they're still uber delicious! 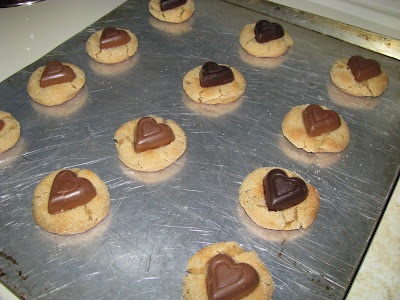 Once the boys went to Awana, I had a weekend's worth of fun to clean up after, and Adina had a date with her bath time friends.  I'll spare you each of their names.  LOL! 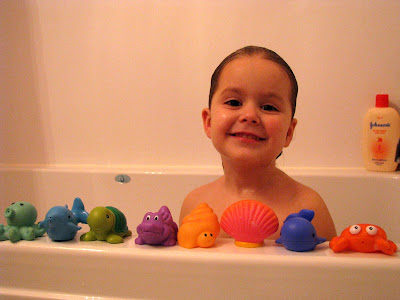 Then, we woke up, this morning, to snow!  My kiddos have been waiting all winter for snow.  So, they were a little off-the-wall excited, even though it was just a little bit.  So much so, that we had to take an extra long break, from school, to play. 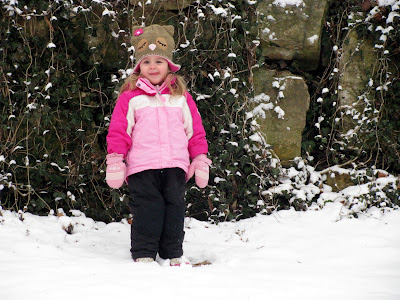 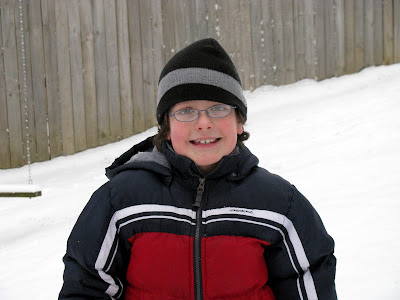 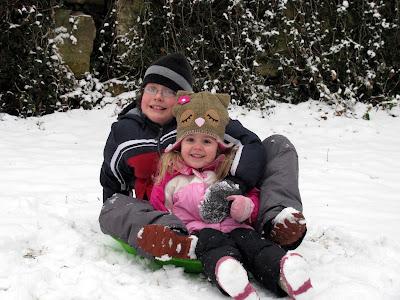 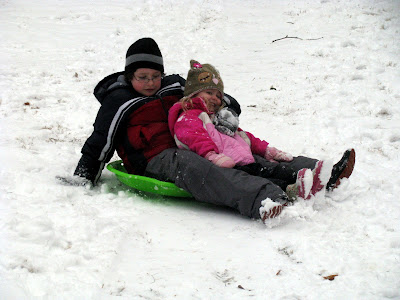 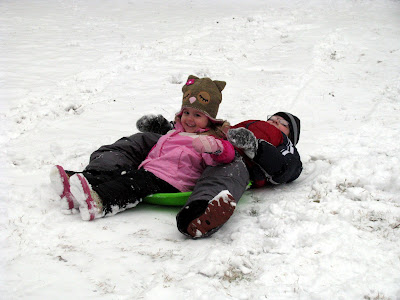 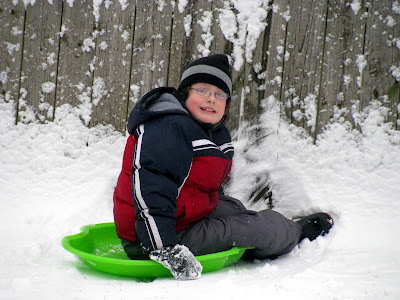 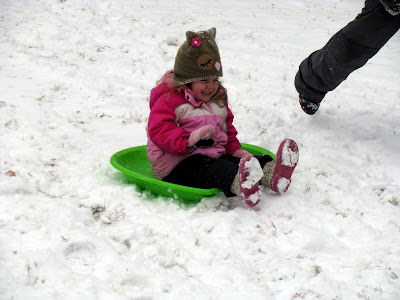 Our dog, Summer, even got in on the action, when she snatched the sled right out from underneath Adina. 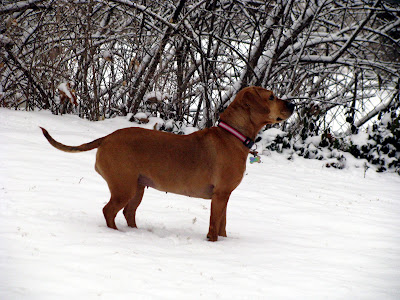 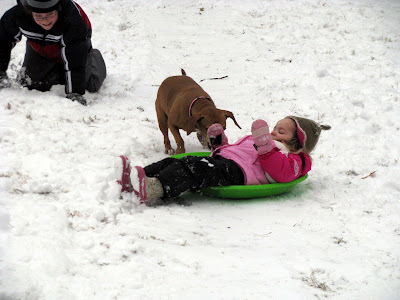 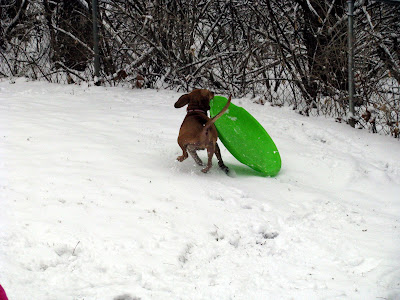 We also had to enjoy a hot cup of cocoa, when we were all tuckered out. 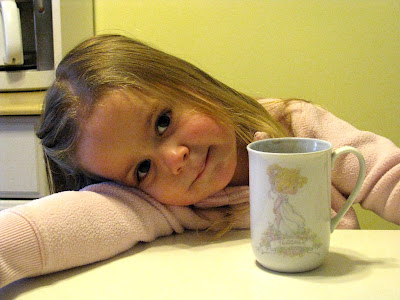 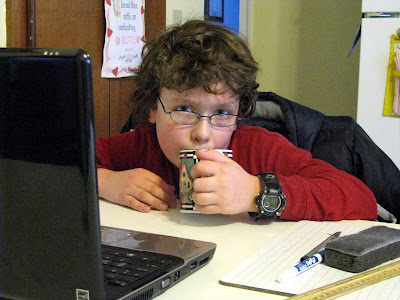 We've got a short week of school, this week, as we have a field trip with a homeschool coop we're trying out, on Thursday, as well as a trip, with Daddy, to CoCo Key Water Resort, on Friday.  But we've still got a lot to get done, before the fun begins.  So, here's hoping for a dedicated, focused, and poised third-grader and a toddler who plays well and stays out of his way.  Thanks, as always, for checking on us, and have a great week!
Posted by Jinny Newlin at 7:04 PM

So sorry to hear you were sick! I hope you are feeling better now! I loveeeeeee the photos (well except for the washer... bummer about that!!)

I love the sledding pictures! Crazy that we are all hitting February without sledding yet! And...oh no on the slip cover! I hope everyone is back to 100% this week!