Happy Monday to you all!  What a busy weekend we had!  It all started, on Friday afternoon, when Ezekiel's fourth grade curriculum arrived.  Those boxes are so fun to get!  Adina has a box coming this year, too, but hers must be running a little behind.  Boy, was she disappointed! 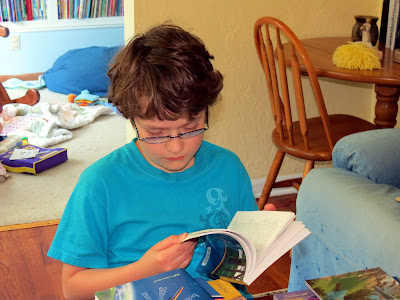 But Ezekiel was really excited to find a continuation of one of the books he read this year! 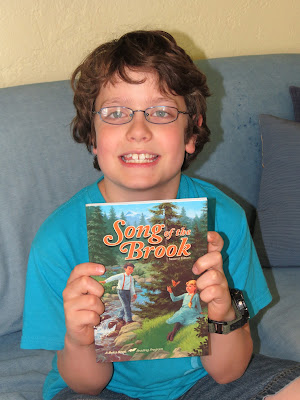 And if he's not a little overwhelmed by his HUGE stack of books... 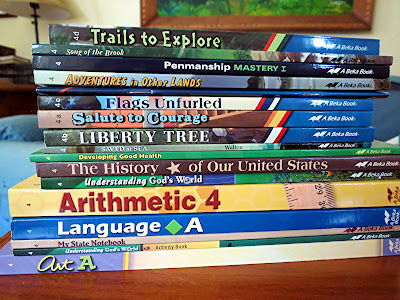 I'm not, at all, afraid to admit that I'm completely overwhelmed by the enormous amount of information in mine.  I just keep reminding myself to take it one day at a time. 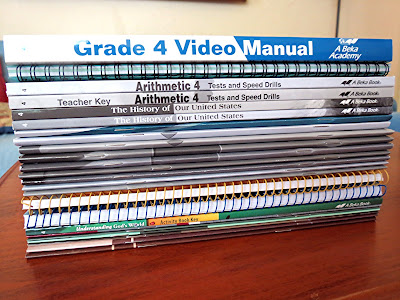 On Saturday, we got lots of projects done around the house.  I prepped, stained, and sealed a new cabinet for our bathroom, as well as planted lots of beautiful things in my gardens, which is saying a lot, considering we've had over five inches of rain in the last week!  And BJ framed the skylight over my craft desk, which has been a long time coming.  Unfortunately, he started Friday night, while Adina and I were out running a few errands.  We had talked about him working on it Saturday morning, so, I hadn't yet had a chance to put away and cover all my stuff.  Needless to say, Saturday night, I had a massive mess to clean up, before I could possibly even think about creating again.  Sigh.

Then, Sunday morning, my brother and his girlfriend came over for breakfast.  They were in our area just enjoying the sights and sounds of Kansas City, as well as the pleasures of getting to know one another better.  After breakfast, they went to church with us.  Then, we grabbed a little lunch at Jason's Deli, which is where I snapped the handful of pics below, before they went on their way. 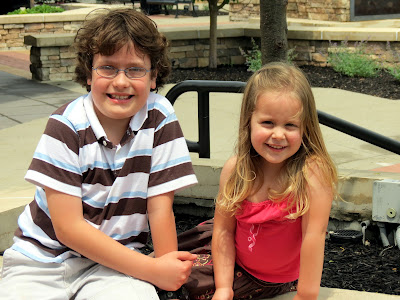 Adina is really into hunting for roly polies lately.  Plus, they seem to be everywhere!  She'll collect lots of them all at once, play with them throughout day, and then, release them, back to their homes, before nightfall. 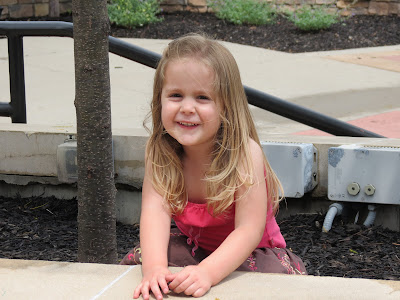 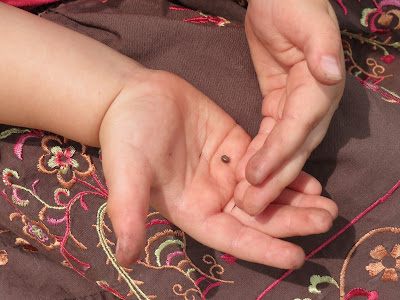 We made a little stop, by the Home Depot close to church, on our way home.  They have a massive display of plants in their nursery, and I just couldn't resist picking up a well-priced azalea, as well as a dozen shade annuals, or taking a few pictures. 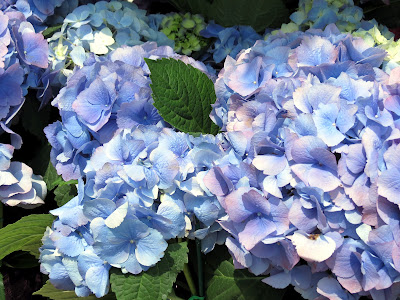 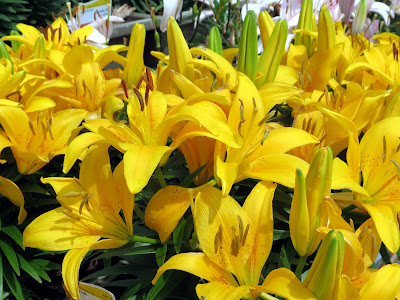 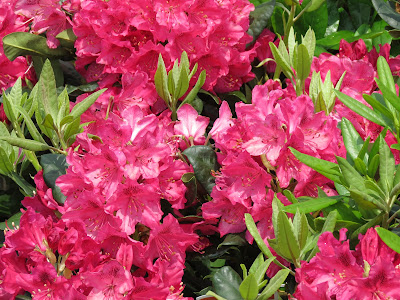 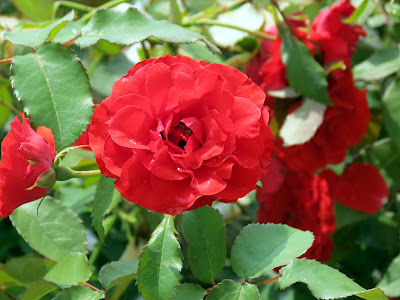 We got home just in time for a little nap and downtime, before heading back out the door for Ezekiel's Awana Award Ceremony. 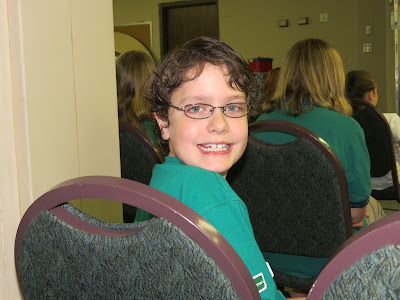 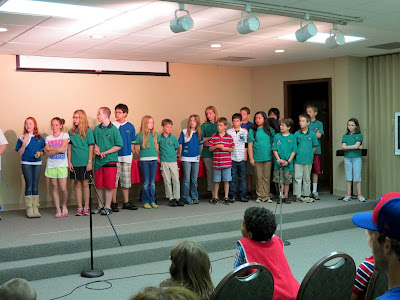 Gosh, he's growing up so fast!  He also quoted John 3:16 from memory and in Spanish, none-the-less! 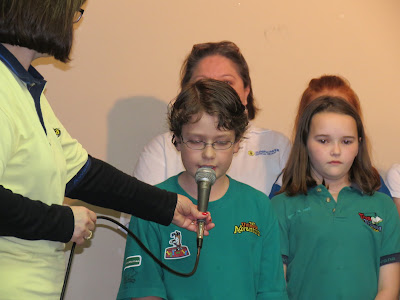 This was his first year of Truth and Training, and they have a big auction on the last night.  All the "bucks" they have to spend are earned, throughout the year, for scripture memorization, wearing their uniforms to club, bringing friends, church attendance, and much more.  It was utter chaos, but everyone was smiling and carrying on so.  They had so much fun! 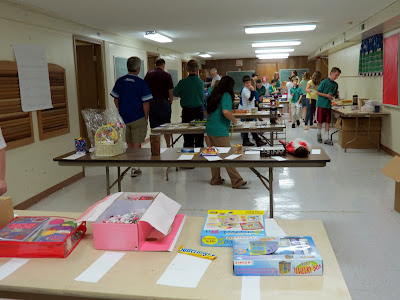 Adina busied herself, at the marker board, throughout all the confusion.  She also walked into one of the classrooms and found a little kitchen to play with.  You should've seen her face, when she found it.  She walked in, gingerly touched the stove, looked at me, gave me a thumbs up, and said, "Woot!  Woot!", before proceeding to play.  She's such a funny girl! 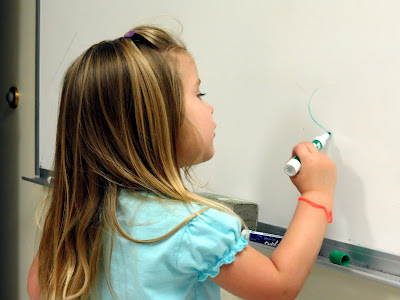 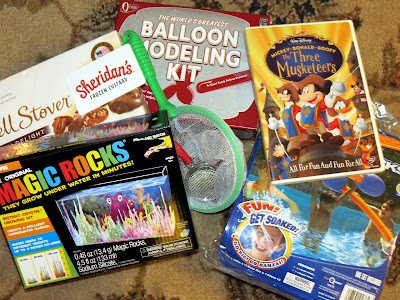 I also had to take a picture of him, with his awards, at home; because in the one I took of him at the church, he looked really PO-ed about something.  LOL!  He's been wearing his medal all day today, too. 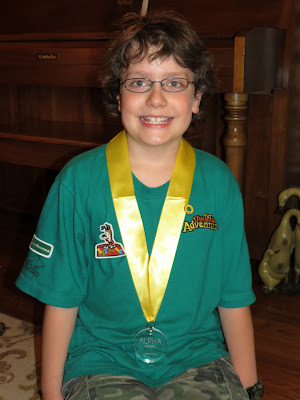 And Adina wanted me to sneak in a picture of the little critters that one of Ezekiel's friends got, at the auction, for her.  So sweet! 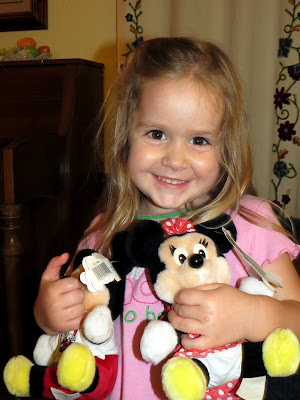 We went from one thing to another all weekend, but it was packed with lots of wonderful memories.  Thanks for checking in on us, and have a fantastic week, y'all!
Posted by Jinny Newlin at 12:20 PM

Jinny, I give you props for doing all you do. You bake and cook (I don't cook!), you homeschool your two children, you're involved in your church, AND you have time (make time) to do your fab layouts and cards. I am just shaking my head in disbelief! YOu run circles around me, girl! LOL

What a delightful post Jinny! Love seeing those sweet smiling faces ;) Have a great day~hugs!!

Such wonderful photos Jinny and how proud you must be of Ezekiel. Truly amazing his faith and hard work. I love all the fabulous pictures. Feel like I was there with your family. And don't be too hard on BJ...he finished the project!! :) He sounds like Pat!

Sounds like a busy but WONDERFUL weekend!! LOVING all the pics!!!

ABeka! We used a lot of their material. I started mixing in some other stuff when we hit junior high, but you can't beat their English curriculum. Great pics and a big congratulations to Ekekiel. Looks like he racked up so he must have had lots of goodie points. :-) Hope you have a wonderful week Jinny!