Hey, y'all!  I cannot believe that it's already Wednesday, but I still wanted to quick pop in here and share a few pictures of our long weekend.  We spent a lot of it getting things done, around the house, that have been nagging us for quite a while.  My hubby got some of our basement clutter under control.  That boy has got quite the organizational system going on down there, but he never has learned how to put stuff away.  It can really drive a person loco, when you're living in a small space.  Aaaah!  He also got the yard work done.  After getting over five and a half inches of rain in two days, it was screaming for some attention.  Speaking of that rain, gosh, it couldn't have come more perfectly in its soft and subtle way.  If it had come any faster or harder, we would've had some major flooding issues with how dry the ground has been.  So, praise the Lord!

I got stuff taken care of inside the house, including getting my die organization under wraps.  Woohoo!  I'm hoping to be able to show off my creative space before too long.  We're still working on a couple of DIY improvement projects, and I want it to be just right.  I also whipped up some yummy meals and treats in the kitchen, including a delicious French Toast breakfast... 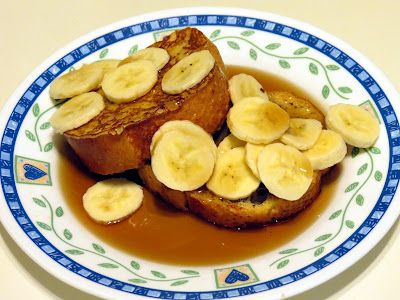 before hitting the Kansas City Zoo with my family.  We were going to meet up with some friends for a day of fun, but it just didn't work out.  As it did turn out, we ran into some other friends from church, though; and we had a great day, as a family, anyway. 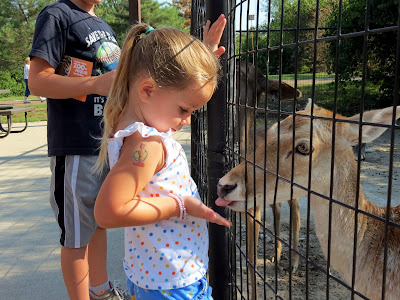 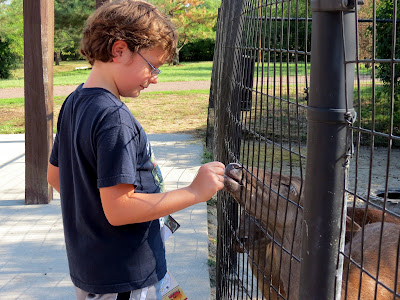 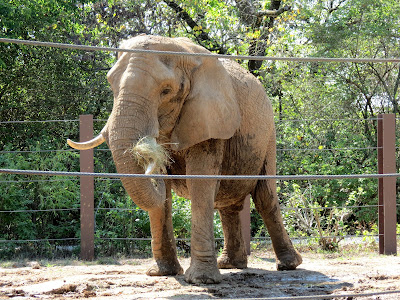 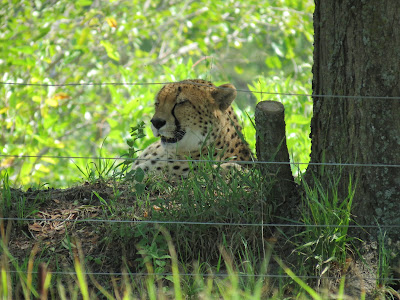 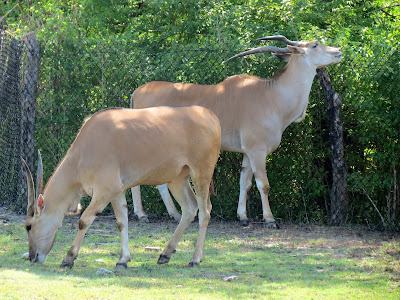 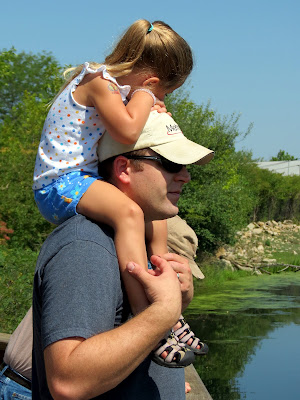 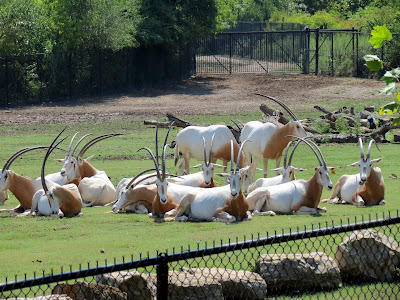 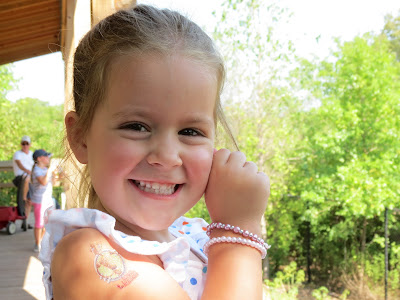 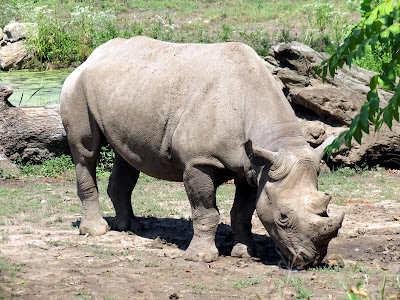 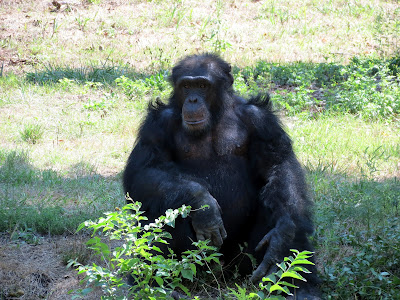 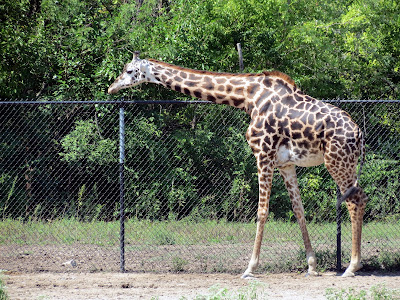 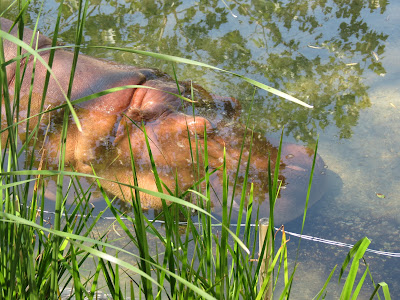 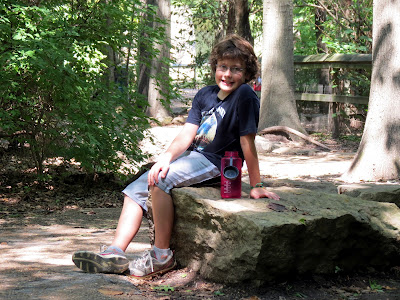 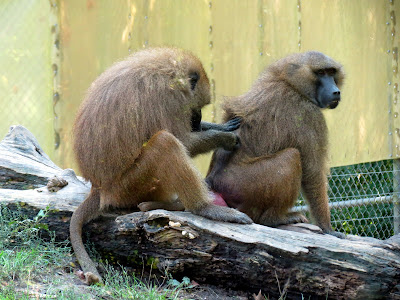 We even got to see SOAR: A Symphony of Flight, before it went back to Florida.  It was in our old IMAX auditorium, so I had difficulty getting good photographs with the lighting.  Plus, there was a lady wearing a white hat right in front of me, which gave me all kinds of fits with the glare.  But the whole show was really well done.  Birds were flying right over our heads, and my kiddos were all smiles the entire time.  Once, the docent even asked for a volunteer between the ages of eight and ten years old.  As you can imagine, Ezekiel's hand shot up faster than she could finish her request.  Then, she stipulated that her volunteer must be good at math.  He looked over at me and immediately dropped his hand to shoulder height, where it could no longer be seen from the stage.  My hubby and I just about fell out of our seats laughing.  He's so good at arithmetic.  Matter of fact, he's better than anyone I know his age; but it doesn't come easy to him, and memorizing all those multiplication and division facts has recently gotten him discouraged. 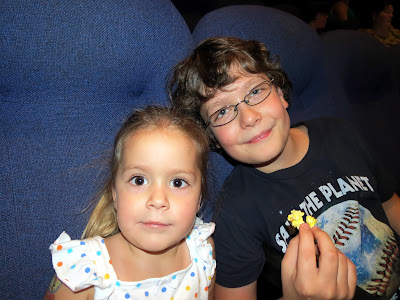 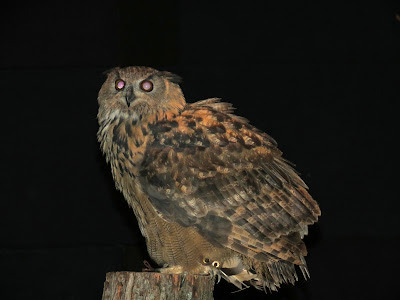 It was a super hot day with all the humidity the rain left behind, but it was so great to be out and about watching the kids get excited about riding the tram or feeding the deer or watching a bird pluck a grape right out of mid air.  They are so easy to please, and sometimes, until I get a chance to watch so many other kids ;), I forget how great and well-behaved they really are.  Adina passed out on the way home, but she woke up, as soon as the car pulled into our nearest Sonic, for a few 1/2 price slushies and limeades to quench our thirst. 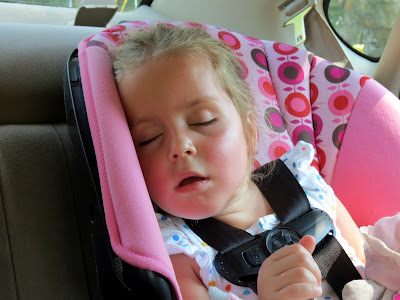 I also just couldn't resist throwing in this adorable picture of one of our own little animals. 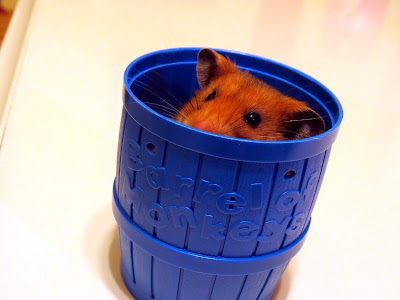 I'll be back, tomorrow, with my take on an oldie but a goodie from Sketches in Thyme.  Until then, have a wonderful Wednesday!  And thanks so much for peeking in on us!  Hugs!
Posted by Jinny Newlin at 6:51 AM

Fab photos. Yummy french toast too. And look at that ah-dorable little hamster. Too cute!

What a wonderful weekend in pictures! Thanks for sharing. Good for you to balance the projects and the fun.

I loved all the photos from the beginning with that fab breakfast to all you saw, your sleepy babies, and gosh that sweet critter in the cup! Like reading a story in pictures... What a great day!!!


Hi Jinny ...
I also thank you for your loving message.
Going to visit him and also seeing that you are a Christian. This is wonderful tammbém I am a Christian and I'm glad to find loved ones professing the same faith.I love this photos, I love your work!
A hug.

Beautiful photos from the zoo!!!! Sounds like a great weekend!!!!

Gosh I'm so far behind on my commenting. uggghhhh So sorry sweetie. :-( Your projects have been amazing. I love the BTS one and just look at all those new publications! You go girl!!! I always enjoy seeing what you've been up to with your family on the weekend. Thanks for sharing that with us. Hugs!

Oh my goodness Jinny! They are getting so big!! And still so stinkin' adorable! I love seeing your pics as I am SO far behind on blogs! I hope we can have a get together soon! Hugs!!

Wow, what wonderful zoo shots. Do you have any of Bo Bunny's zoology stashed away?? I'm seeing these photos scrapped for sure!! ~ Blessings, Tracey