It's that time again!  Time to share this month's Daily Dozen: 12 photographs of our day on the 12th of the month, as inspired by Elizabeth Kartchner.  Once again, we didn't go anywhere special, especially because Ezekiel was still feeling crummy; but he still got up and dressed and ready for the day, which is a step above the day before.  So, we're beginning to see the light at the end of the tunnel.  Anyway, once he got going with school, Adina and I snuck away to see Sean and his new bride-to-be on Good Morning, America.  I was so disappointed that they didn't get to say much and the whole thing was really more of a plug for Dancing with the Stars.  Oh, well. 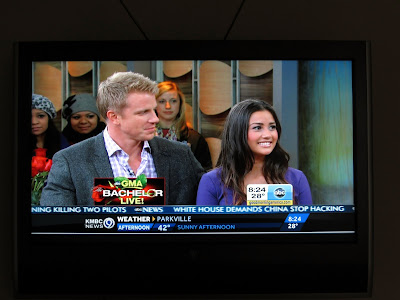 After getting breakfast cleaned up and Adina ready for the day, it was time for a little reading. 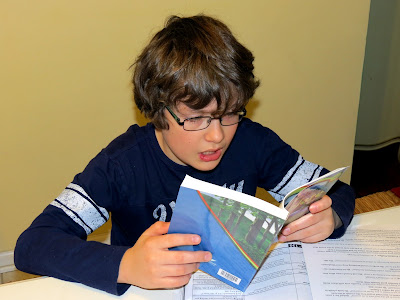 Adina is usually pretty good at entertaining herself, while I help Ezekiel with his studies or get things cleaned up around the house. 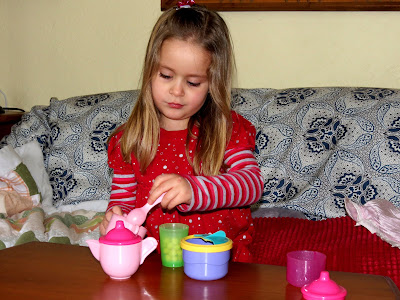 This little guy and his better half sang to us all morning. 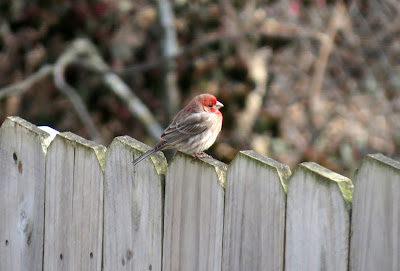 Here's the last bit of snow from our winter storms.  Things are supposed to begin warming up again by the weekend, so I don't think it'll be sticking around for much longer. 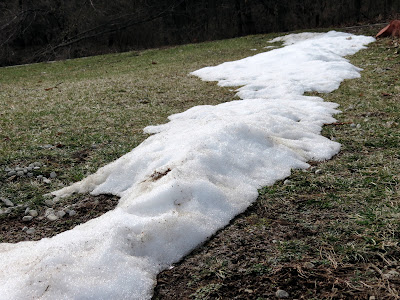 I pulled two loaves of bread out of the oven... 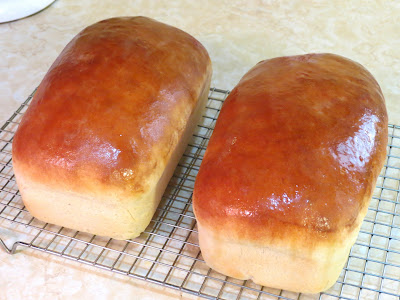 just as Adina was finishing up with school.  She sounded out and read her first words yesterday.  So fun!  She was so proud of herself, as was I ;). 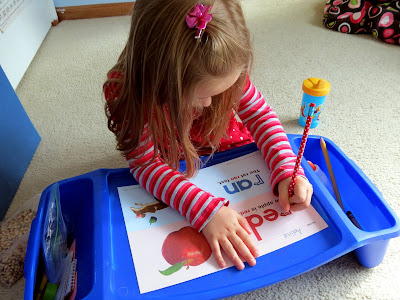 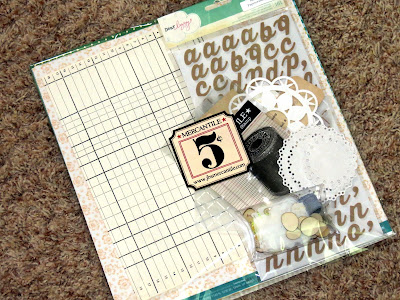 Then, Adina was off to naptime; and since Ezekiel wasn't feeling well, I had him do the same.  Summer thought that sounded like a good plan. 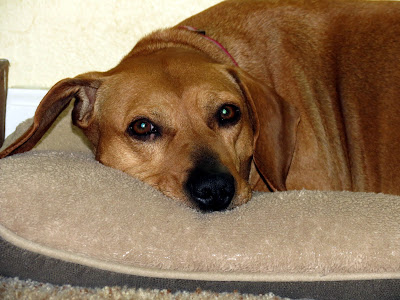 Each and every day brings lots of pages, quizzes, tests, and whatnot for me to grade.  That brown-framed window, in the background, is the last bit of old home to be replaced in my creative space. 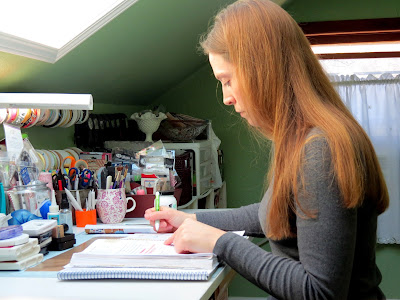 Ezekiel kept claiming that he was feeling better.  I think it's because we have a homeschool program, at the zoo, tomorrow.  And although he appears to be doing well in this fun pic, he still had a low-grade temp throughout the day and was coughing up a storm.  He even had a hard time talking, because his throat hurt so bad, in the morning, before I convinced him to drink lots more fluids. 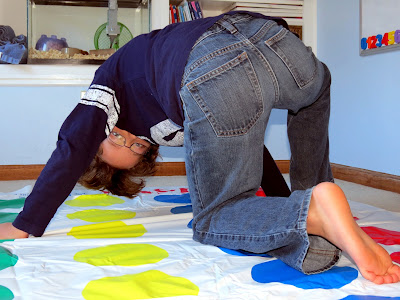 Finally, my hubby made it home from work, just in time for dinner and to get my kiddos ready for bed.  He sprained his ankle pretty bad almost a month and a half ago, but he has had a difficult time recovering, most likely due, in part, to the many sprains he had growing up that didn't receive the proper care.  So, his doctor recommended physical therapy.  Part of his regiment, at this point in the game and aside from the numerous, strengthening exercises he's been assigned, is icing his ankle every day.  It's so hard to believe there's still swelling in there! 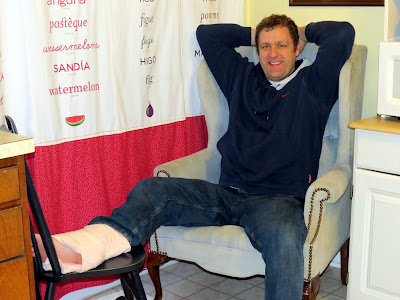 That's all, for this month, folks!  I've turned last month's pics into a layout and will have it to share, with you all, next week.  Thanks so much for checking in!  Have a wonderful Wednesday!
Posted by Jinny Newlin at 7:21 AM

wow from sprained ankles to kids being sick you have been busy these past two weeks.. But still having fun that is what makes your family so sweet.. Love that picture of the bird and your bread... YUMMY.. Have a wonderful rest of the week..

Great update! I love the picture of your working, what a nice light space you have, and hoping that the hubby is back to normal very soon!

What FUN pics Jinny. Holy cow your bread looks YUMMY, I can just smell it!!! Hope Ezekiel is feeling better and your hubby too ;) We have little birds that visit the large shrub by our window. I KNOW it's always a different bird, but I have named her (them) Beatrice LOL Silly I know but it makes me happy ;)

Your bread looks divine! Yum (drooling)....great pictures, hope Ezekiel is feeling even better and your DH ankle is back to normal soon. BIG congrats to Adina for reading her first words!!!!

LOVING all the pics!!! That bread looks YUMMY!! And sorry to hear about his ankle!!!

What fabulous photo's Jinny, I love your green space! thanks for your kind words on my blog! I was so happy to be a teammate of yours, you are such a sweetheart and talented as well! Hope you have a happy Thursday!

Love your fun photos! That bread looks yummy too!

Sounds like a busy and beautifully blessed life! Aside from the sickness, of course :( Praying for revived health for your whole family!!!

Love how you captured your day!! perfect... I'm taking notes of what I am missing for next month.

Hope you all beat the ickies and sprains real soon. :-) Hugs!