Hey, y'all!  I know I'm a little slow getting back here this week.  I've just been busy keeping up with life.  My hubby was away, at a homeschool conference for dads, Friday night.  So, I was on my own to start the weekend, and it all just got busier from there.  We went on with family movie night, without Daddy, as planned.  Then, as I was cleaning up, and my kiddos were getting ready for bed, Adina announced that she was the "Royal Queen".  I responded, "Well, the Royal Queen needs to go potty and get into bed."  Her response is what prompted my taking the photo below.  She said, "Royal Queens don't go to bed, Mommy."  All I could do was laugh.  She is so laid back and quick to obey.  So, I knew she was just trying to see what I would do; and yes, just as soon as she gave me a future page to scrap, she did get right up and do what she was asked. 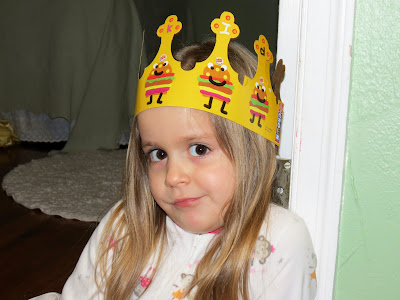 Ezekiel had that basketball game, that I mentioned in my previous post, Saturday afternoon.  His team didn't win.  Y'all, they lost by a foul call at the last buzzer, which wouldn't have been so bad, except that the refs hadn't called one foul the entire game; and I'm not claiming to be a basketball pro or anything, but there were a lot!  Even when you're in the fourth grade, you still want things to be fair.  Sigh.  On top of that, my big guy was in tears much of the last period, because he had to sit out last week during the last period.  And due to a lineup change, which actually meant his skill level had improved over a teammate, he was sitting on the bench, during the last period, this week, too.  Poor thing! 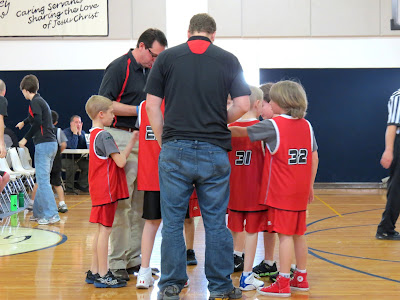 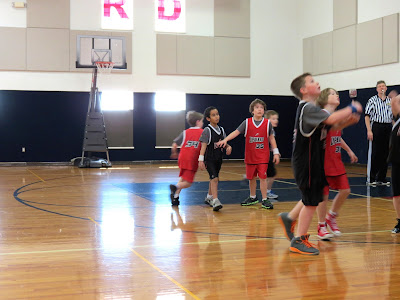 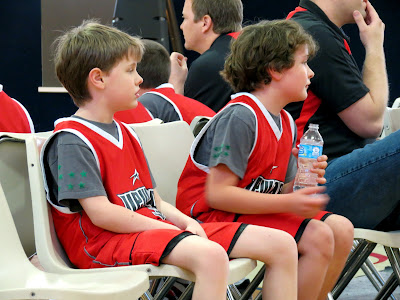 It wasn't a good way to end the season, but we celebrated all he's learned and the friends he's made with ice-cream anyway.  Gosh, I love him so! 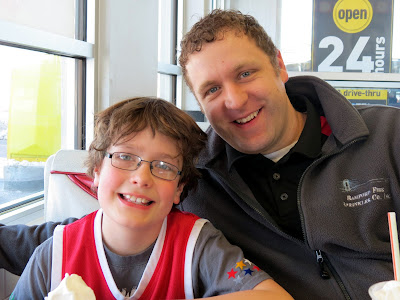 On Sunday, after church, we met my little sister and her family, at the T-Rex Cafe, for lunch. 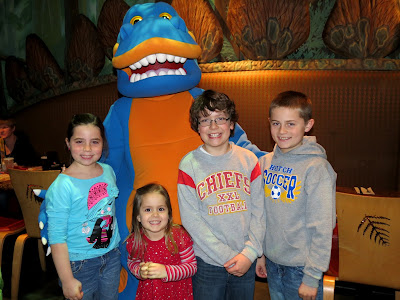 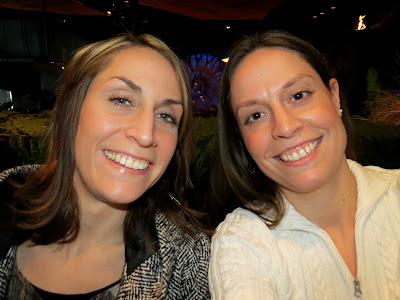 Little did we know, it would turn into a two and a half hour lunch.  Well, that didn't bother me in the least.  I was enjoying catching up and just chatting, but my sister was in town for a wedding and was going to be late.  The manager wanted to apologize for the length of time it was taking, so she offered dessert to the entire table.  Well, we put in that order just as our meal arrived, and it still took another 45 minutes to get the dessert.  Needless to say, they had to head out, before it ever arrived; but my family and I hung out for some Chocolate Extinction, which my kiddos thought was just great.  Oh, and no, the below photograph wasn't posed.  It was just good timing ;). 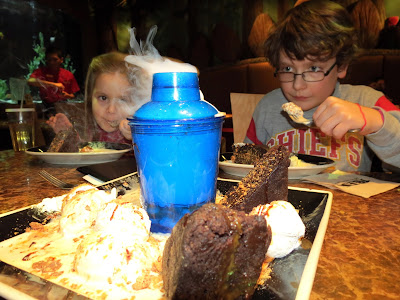 Well, that about covers it.  We've been super busy with homeschool activities, too, including our first play at the Theatre For Young America and a book club yesterday morning.  It just never ends, but you can bet your buttons I'm counting the school days left until the close of fourth grade.  It's been a tough year.  Aside from the obvious, adolescent challenges of a nine-year-old, fourth grade is a difficult year educationally.  I'm ready to put it behind us, have a great summer, practice those multiplication facts a bit more, and start again fresh in fifth grade.  Thanks so much for peeking in on us!  It means ever so much to me.  Hugs!
Posted by Jinny Newlin at 6:57 AM

what a fun weekend... thanks for sharing..

What a full weekend! I love the photo of Adina and her response!

What a fun weekend!! That first photo is just soooooooo cute!!

Lovely photos ... I love the expression on Queen Adina's face! and your son is adorable!