Happy weekend, y'all!  Well, I didn't get this update together as quickly as I would have liked, but I'm here before the week's end none-the-less.  My little bear has had such trouble getting his teeth, and I just never know when he's going to cooperate and when he's not.  Anyway, I was just taking this pic because it cracked me up that he had Puffs stuck to his face, but it shows those bottom teeth super good.  He got his top left one this week, too, and the top right is about to break through.  Poor baby! 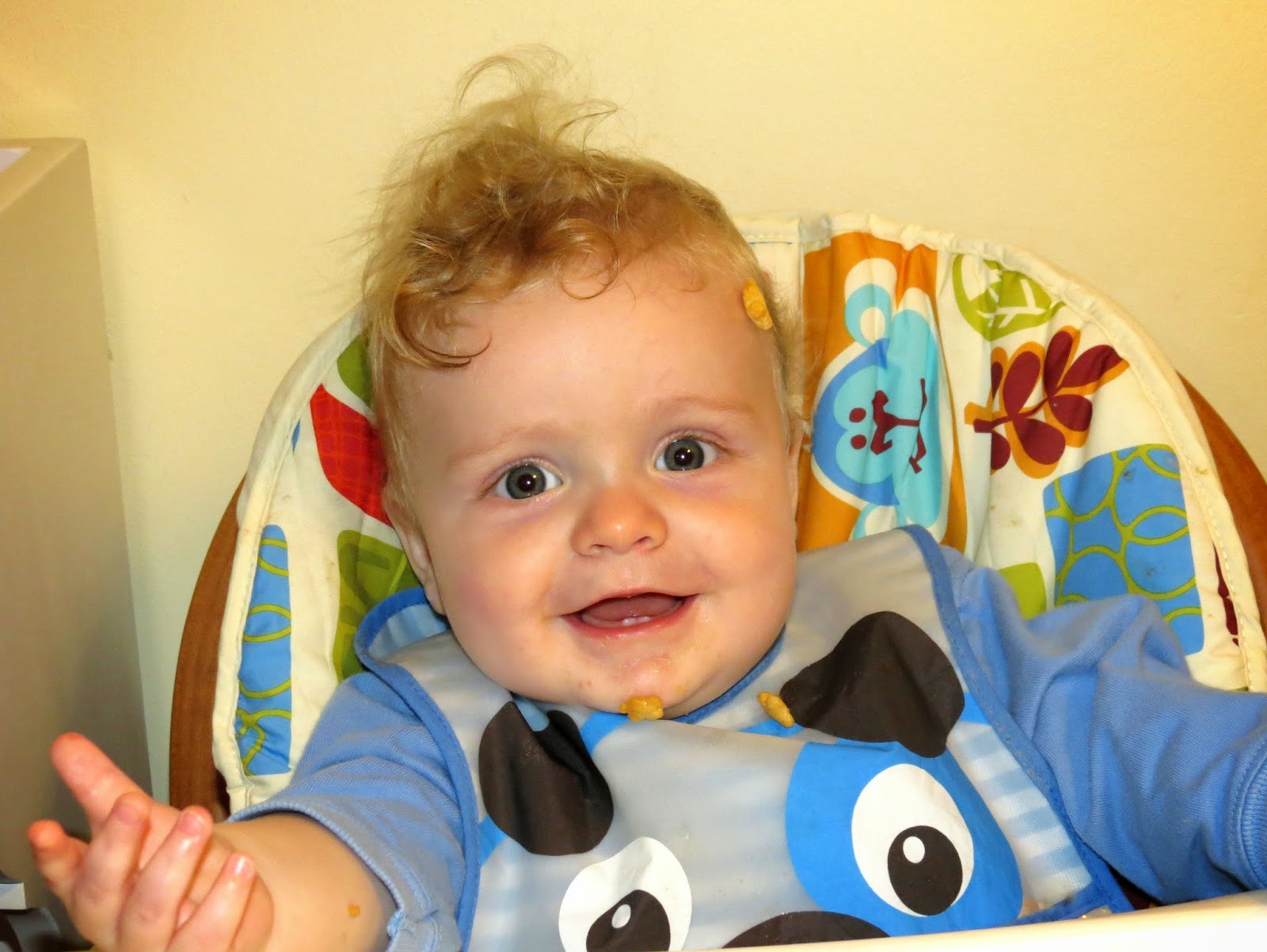 He is now eight-months-old.  He has absolutely no problems sleeping nearly twelve hours through the night and has shifted his daytime sleep to approximately two hours each morning and afternoon. 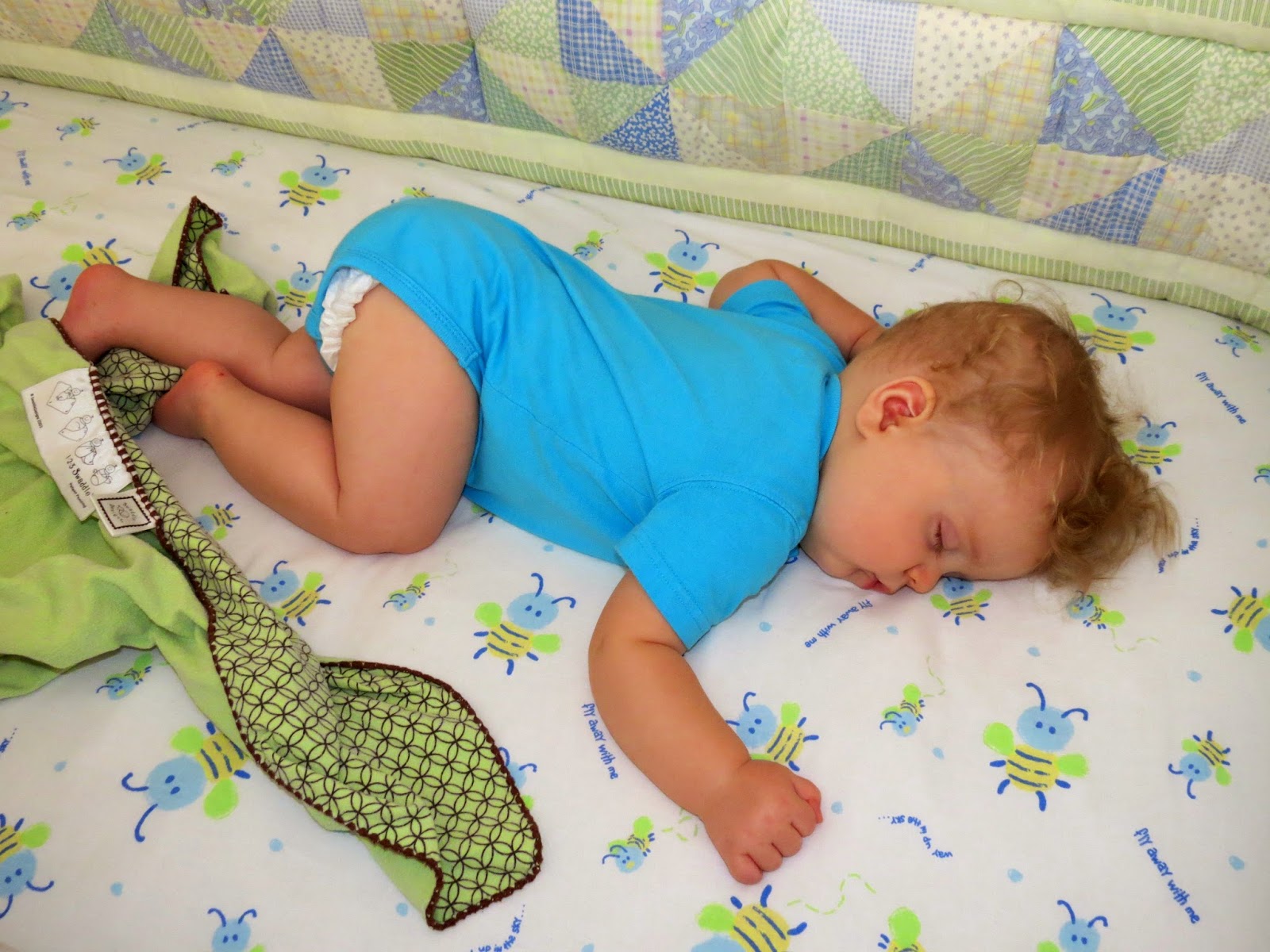 He nurses four times a day at breakfast, lunch, dinner, and just before bed and has some combination of cereal, fruits, and veggies at all three main meals.  He's no longer picky about anything we put in his mouth.  He's crawling! 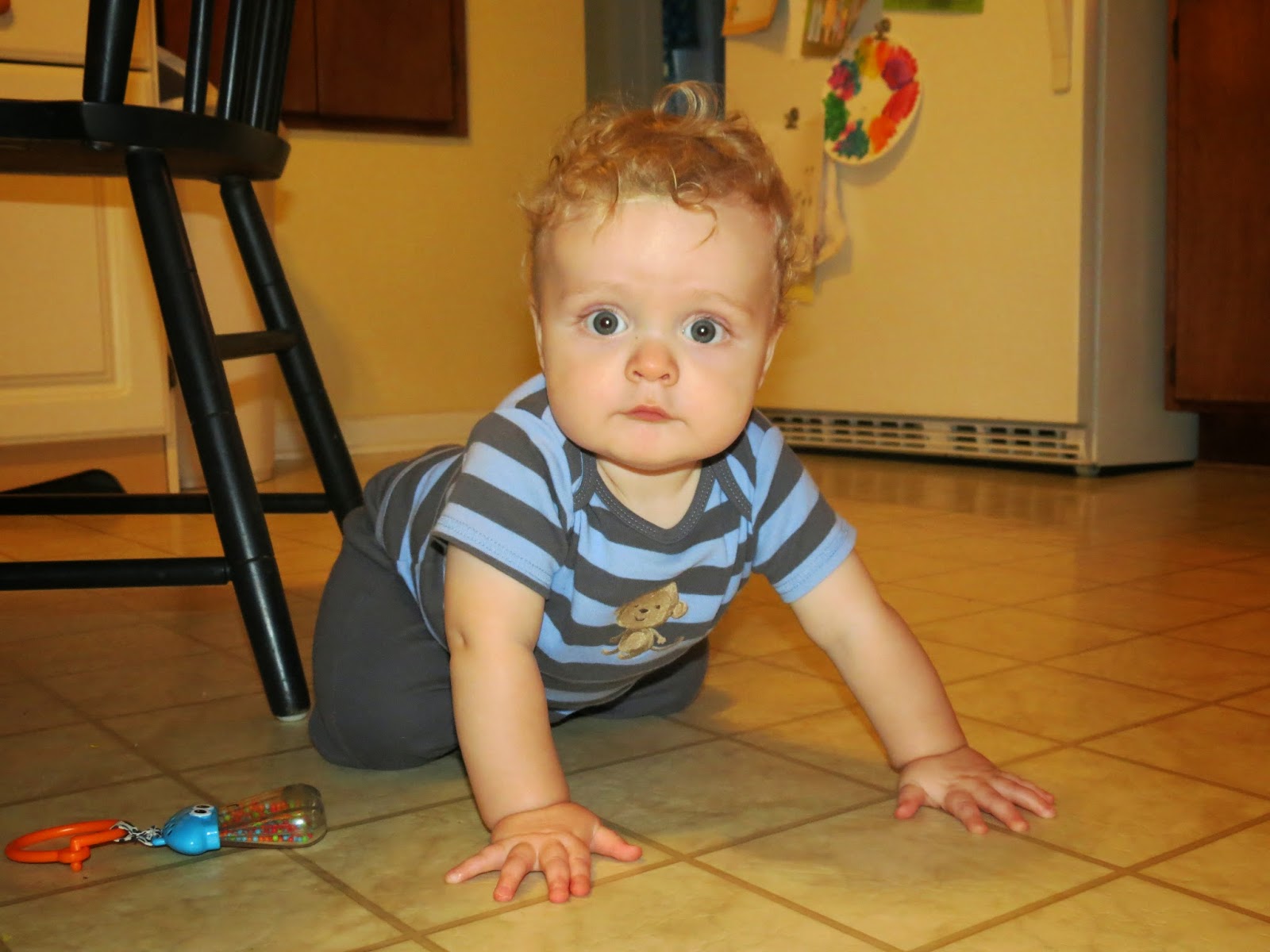 And he'll be pulling himself up to a standing position soon enough. 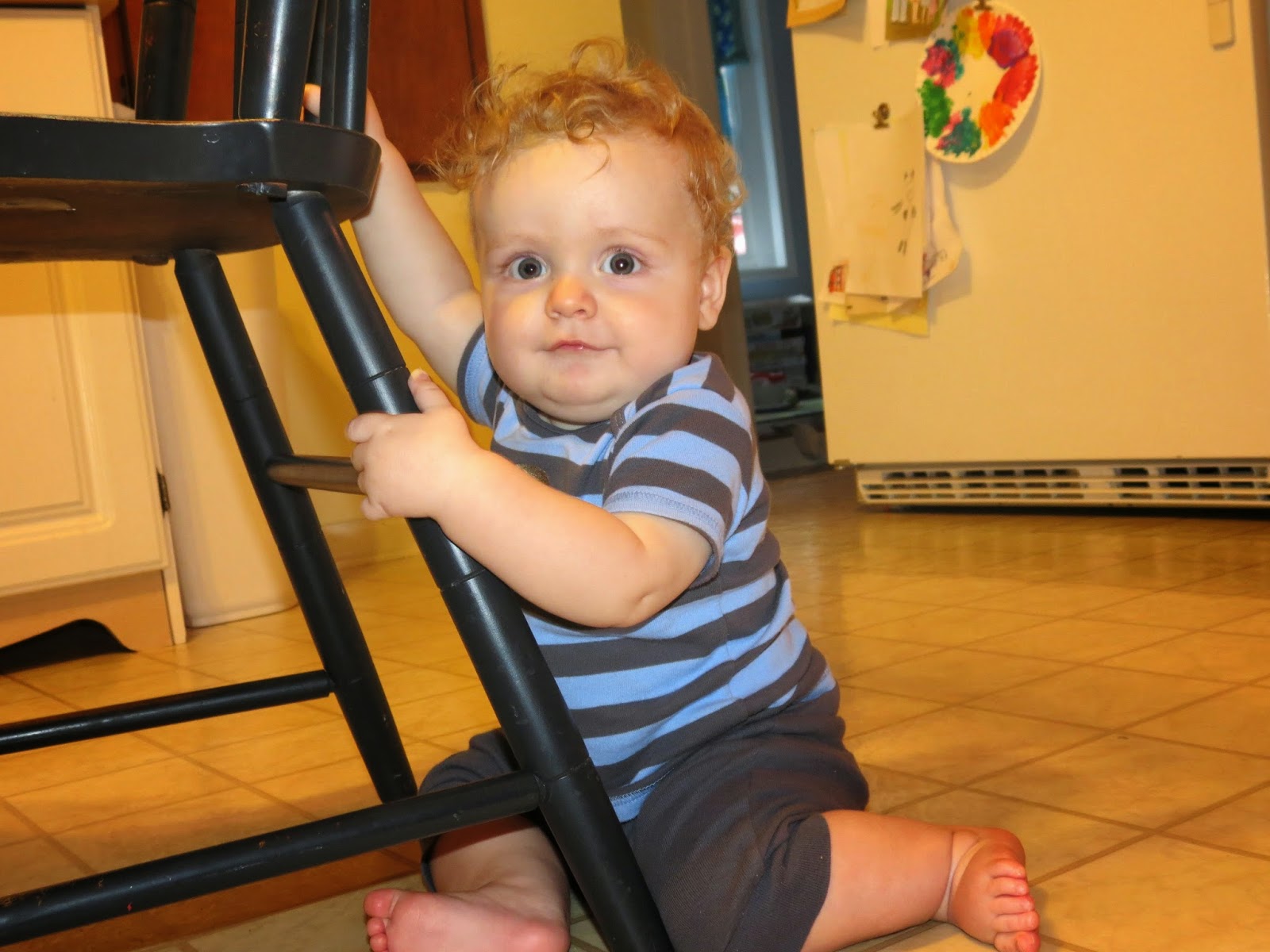 He loves bath time and just has such an overall happy demeanor, at least when we can get his teething pain under control.  Love him to bits! 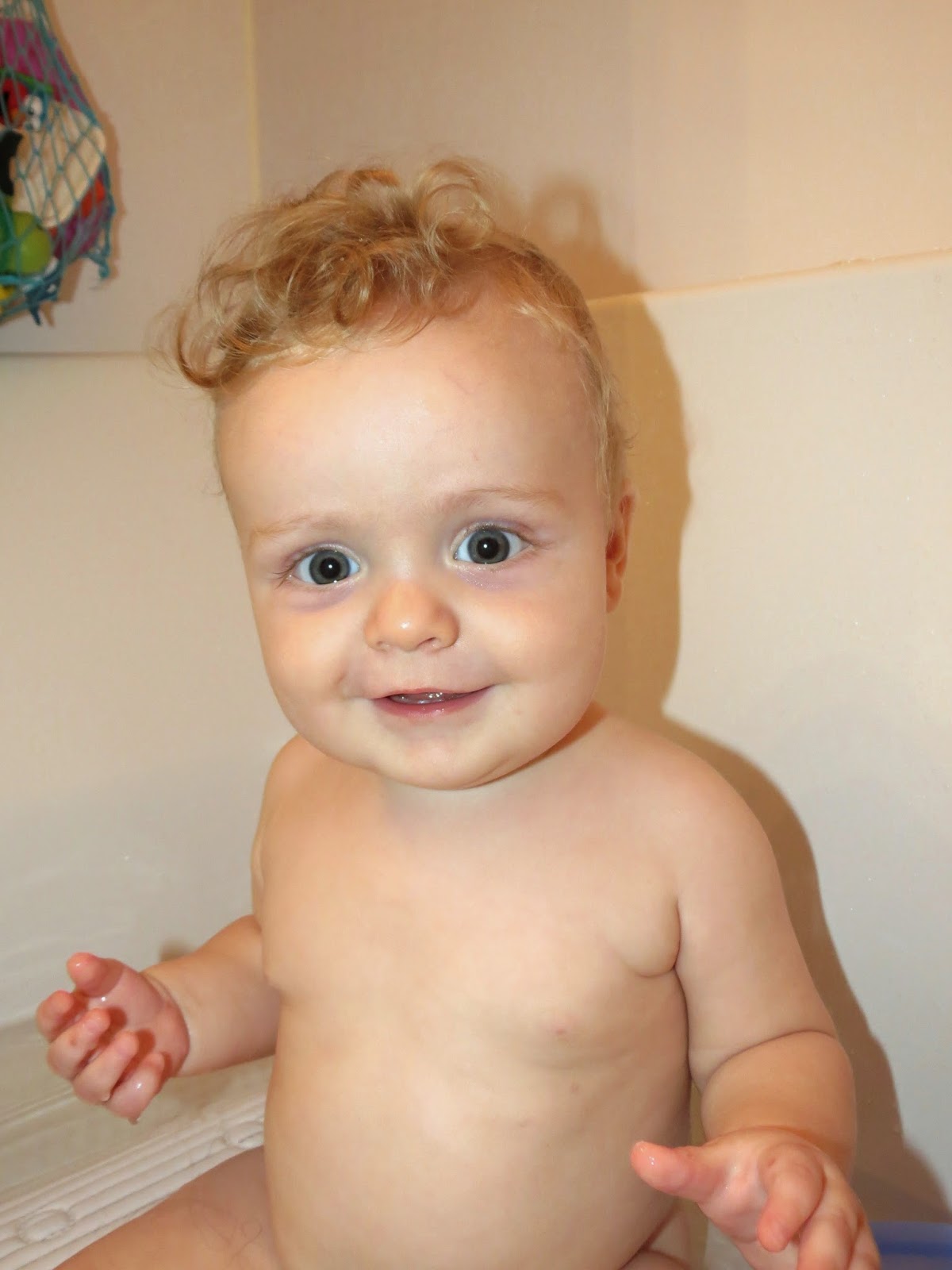 Like I said before, our driveway got put in without a hitch, except that my kiddos had a hard time focusing on anything else.  It was just so exciting! 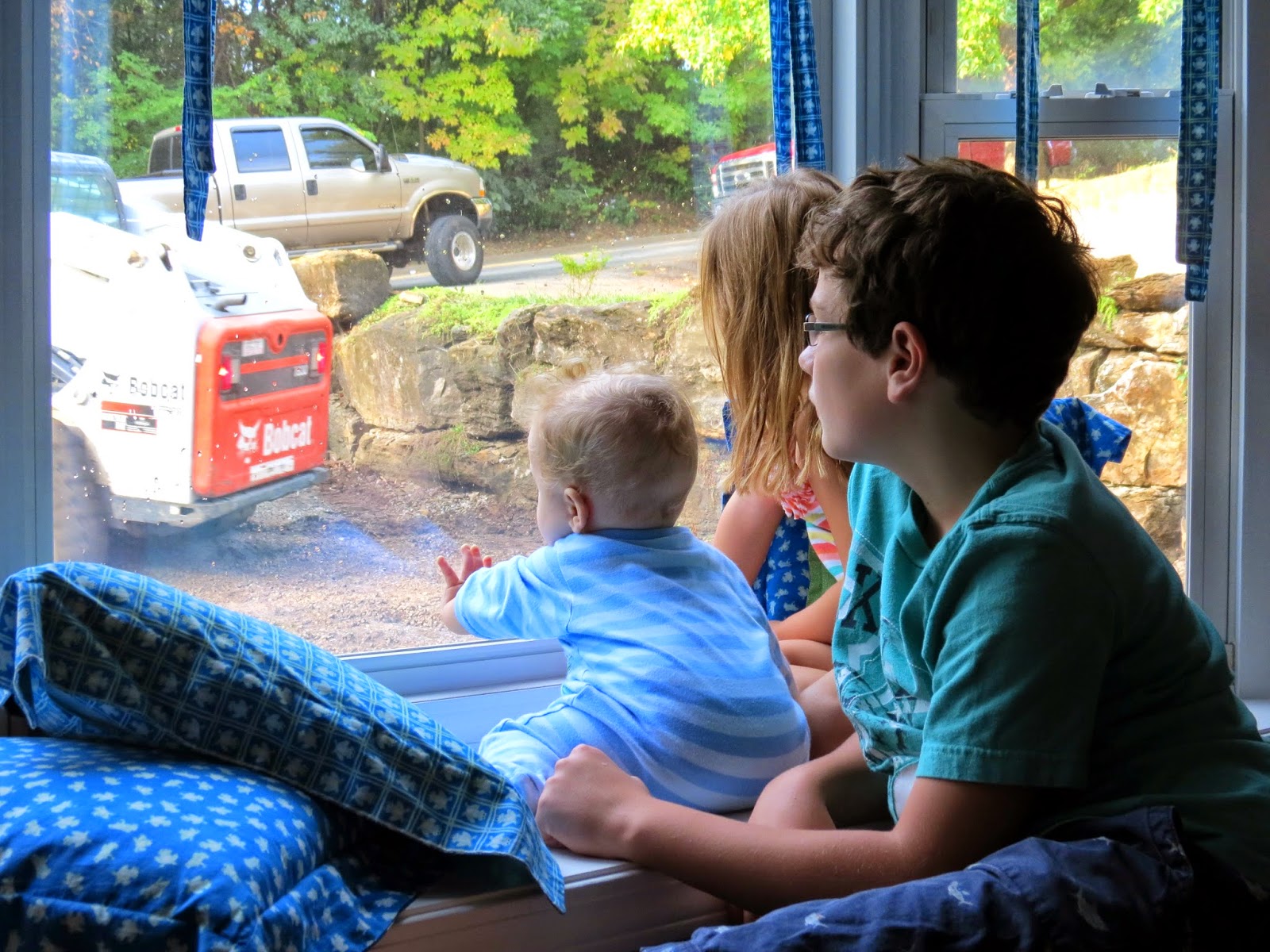 After a week of not being able to drive on it, Ezekiel just had to cut the caution "ribbon" to welcome Daddy home from work.  It's all in the little things.  Right? 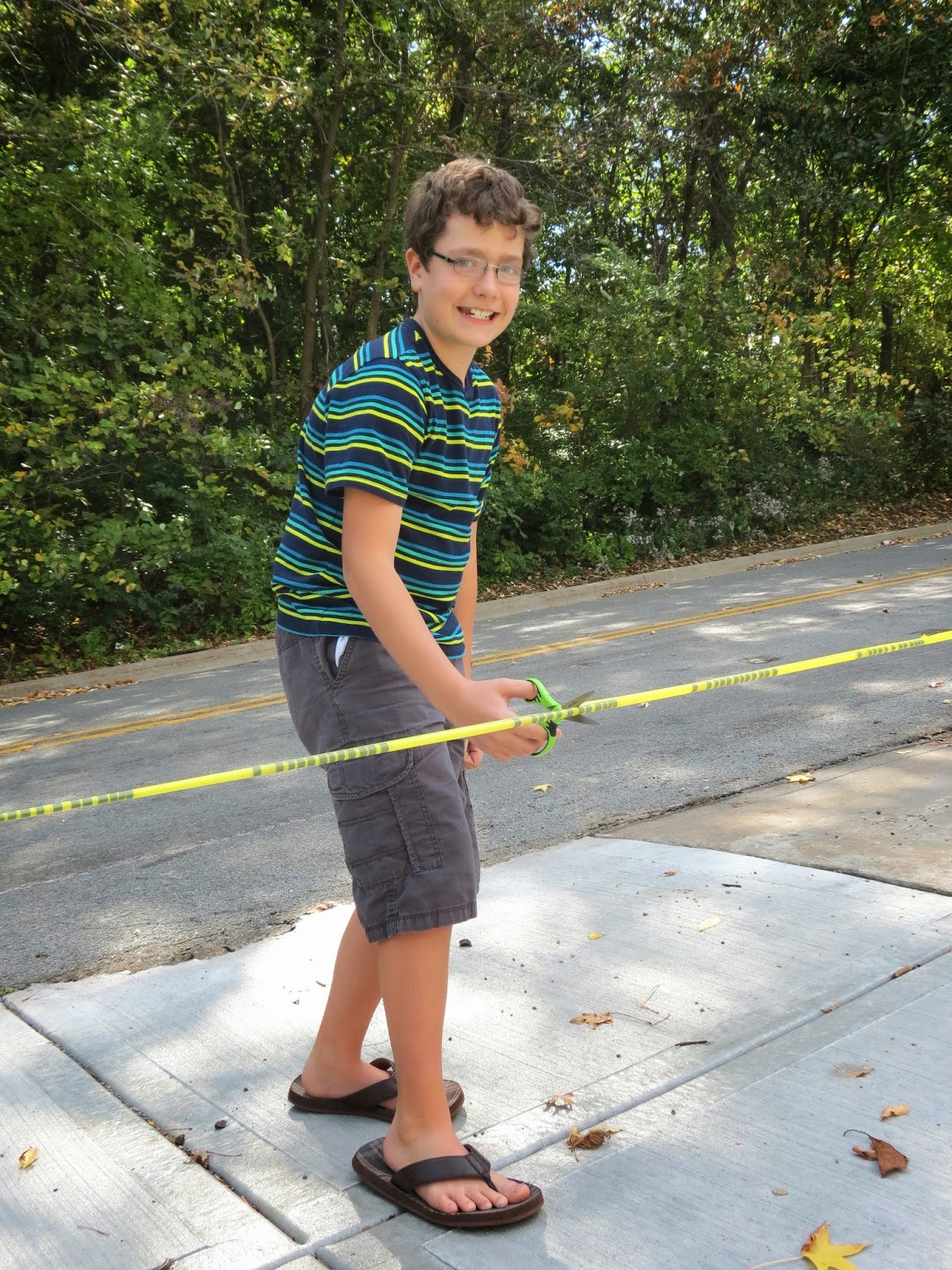 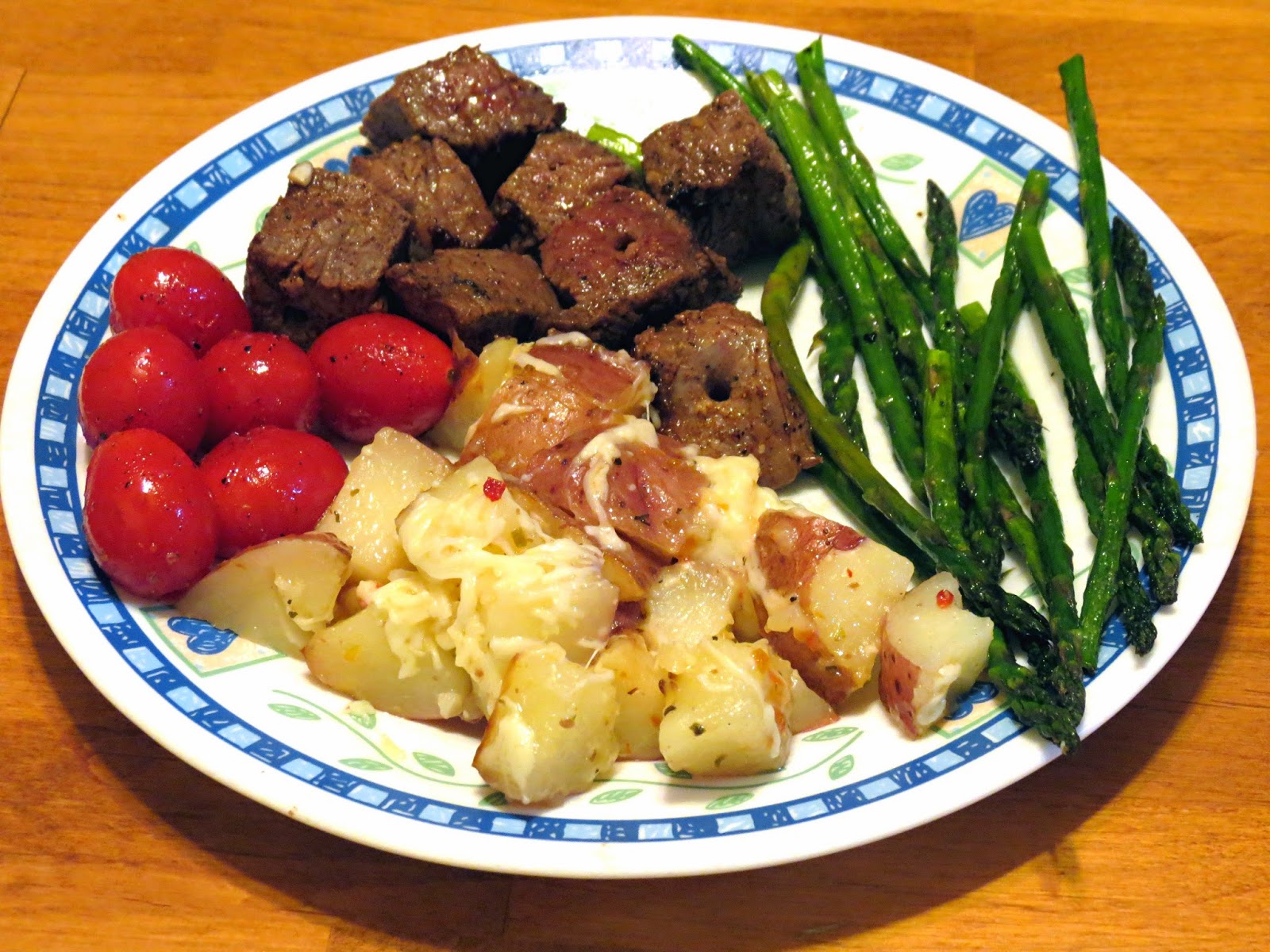 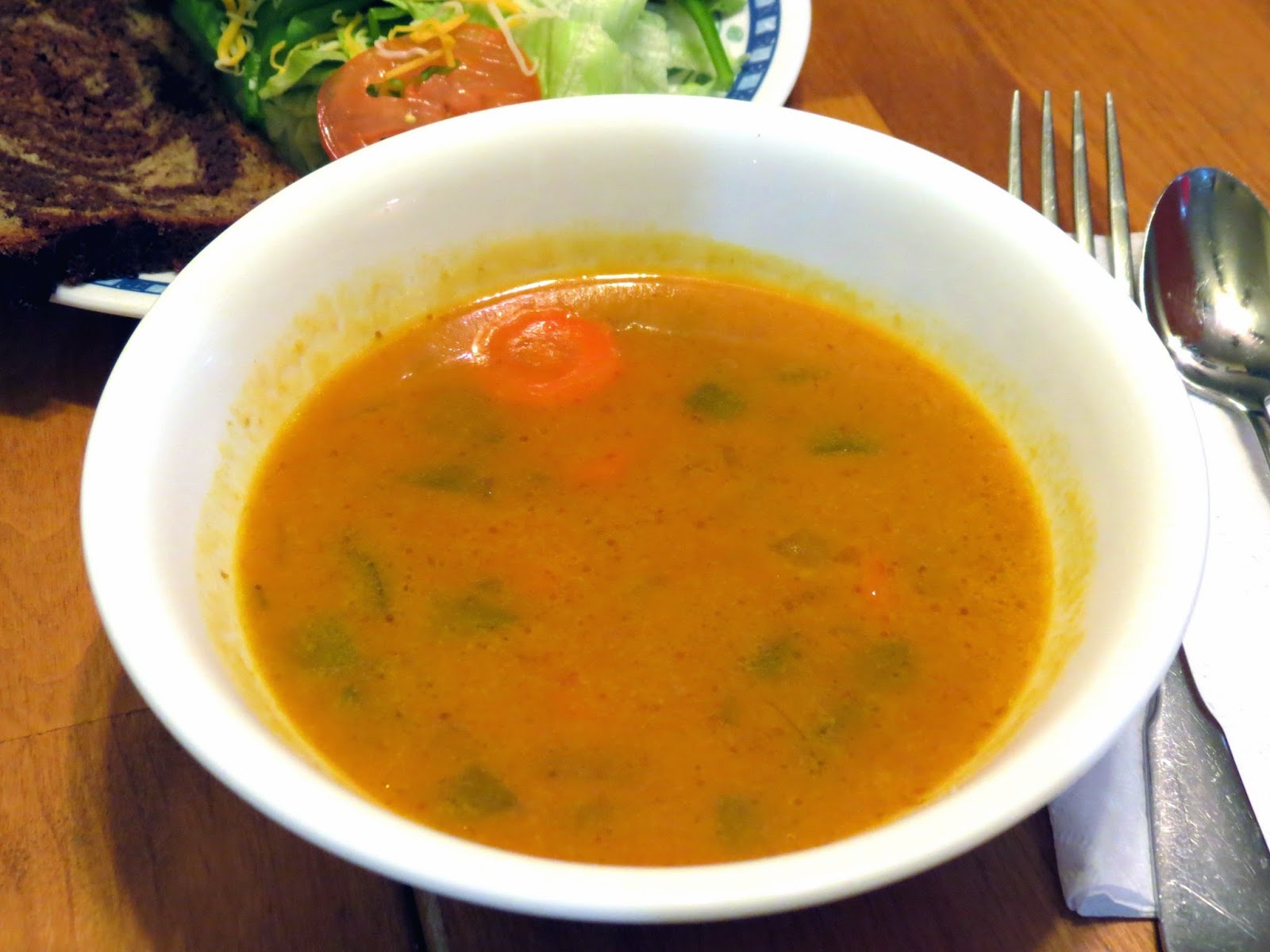 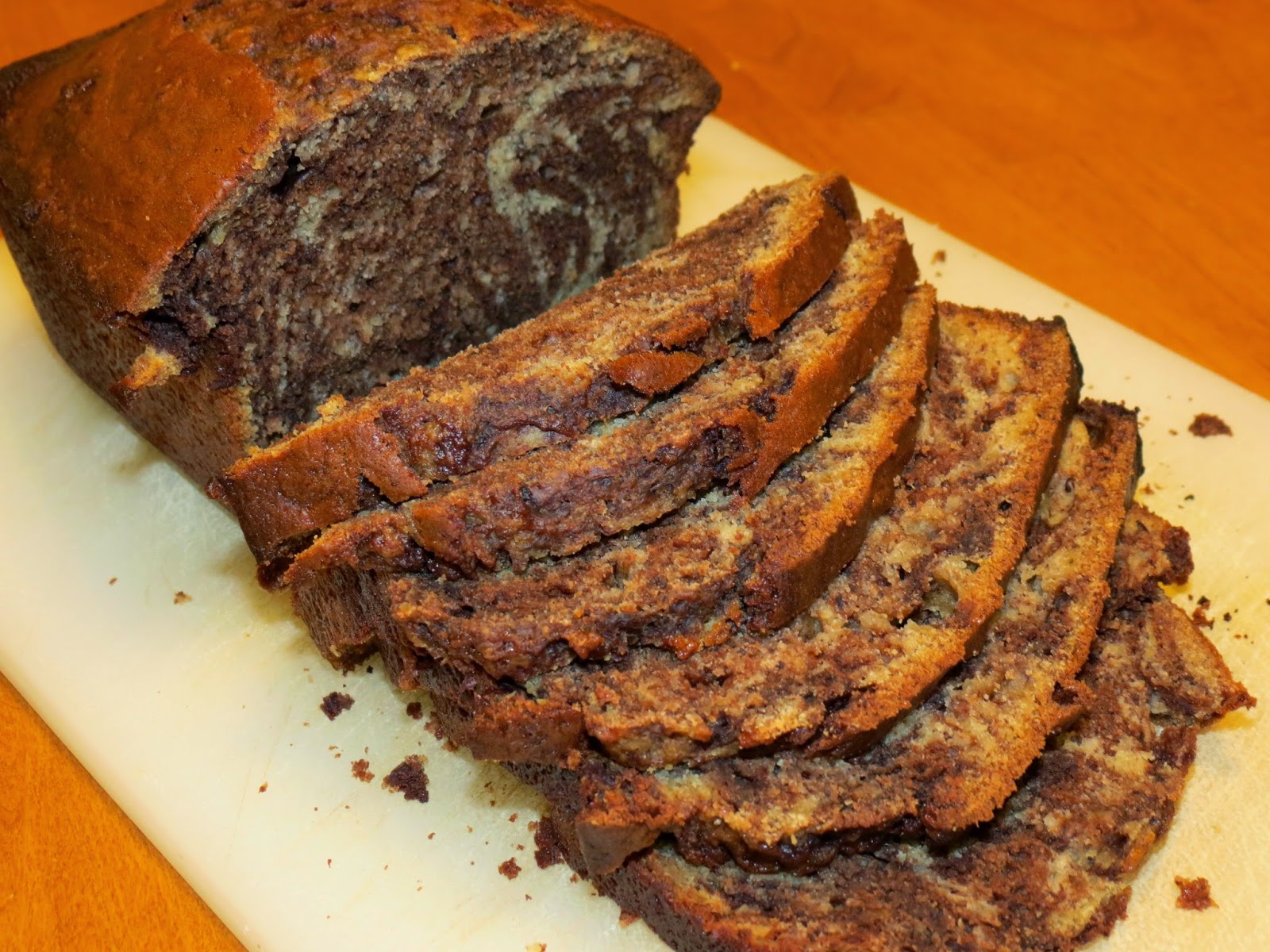 I also whipped up a trio of pies to take to my Mom and Dad's last weekend.  Everyone got together to take family pictures.  My little sister and her family weren't able to stay, and my brother and his wife had to take off early, but I did get a few pics of the rest of the cousins and my parents. 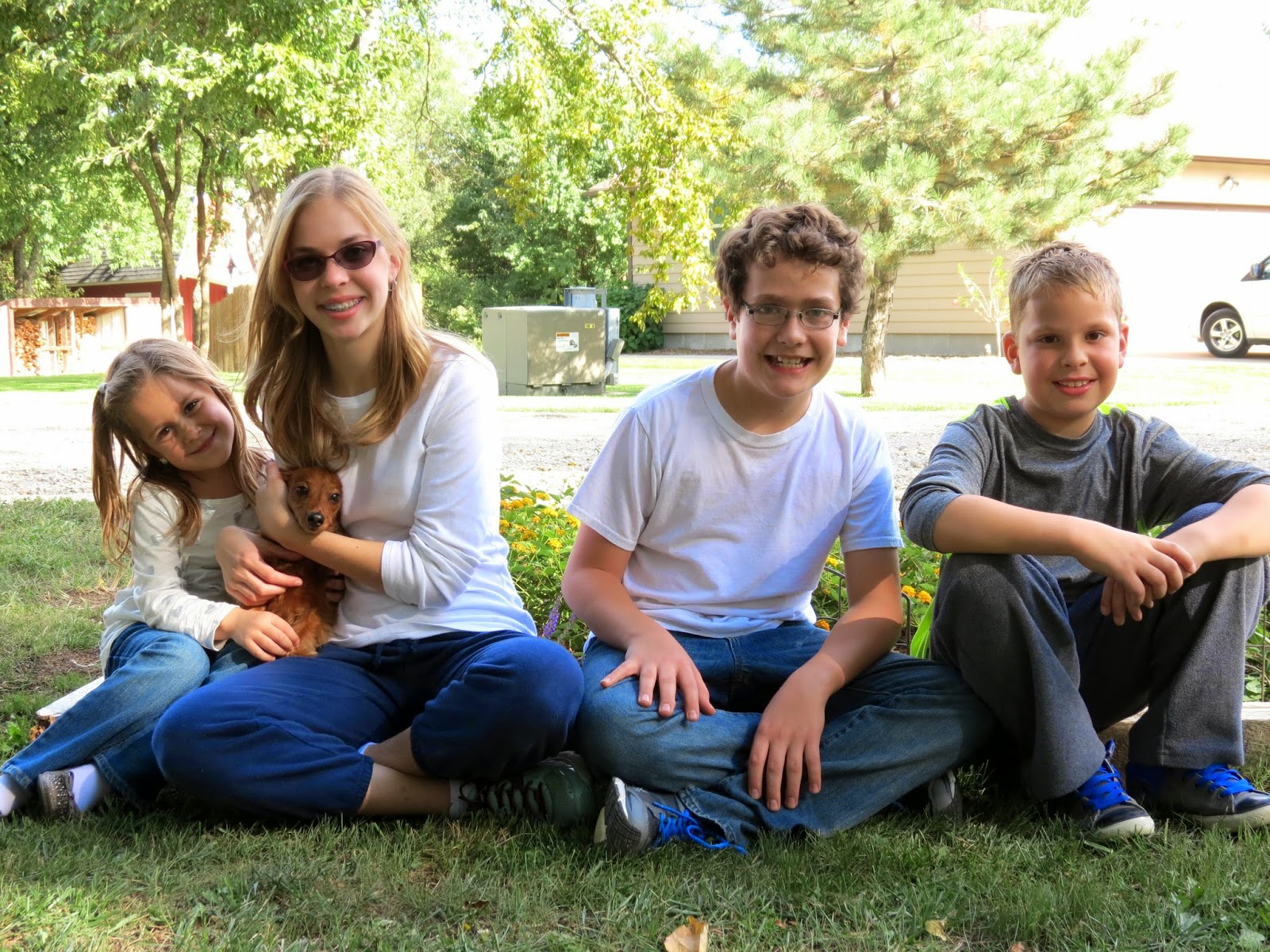 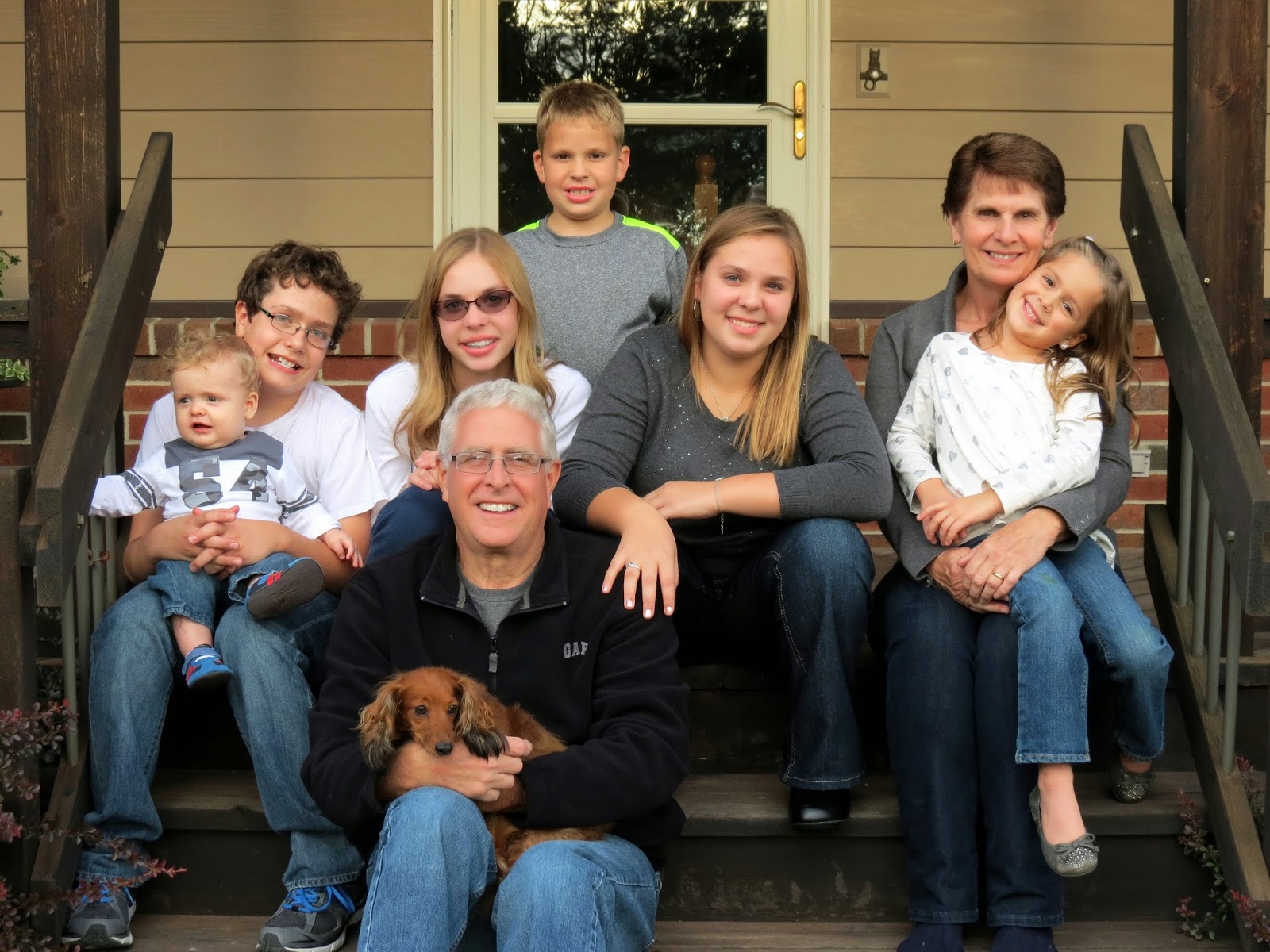 I adore this series of pics of my beautiful girl climbing the tree-house ladder.  It's pretty high up there, but she wasn't hesitant, until it creaked.  Then, she needed a little help from me to climb the rest of the way.  Anyway, I think these photos tell the story perfectly.  She's so, stinkin' animated! 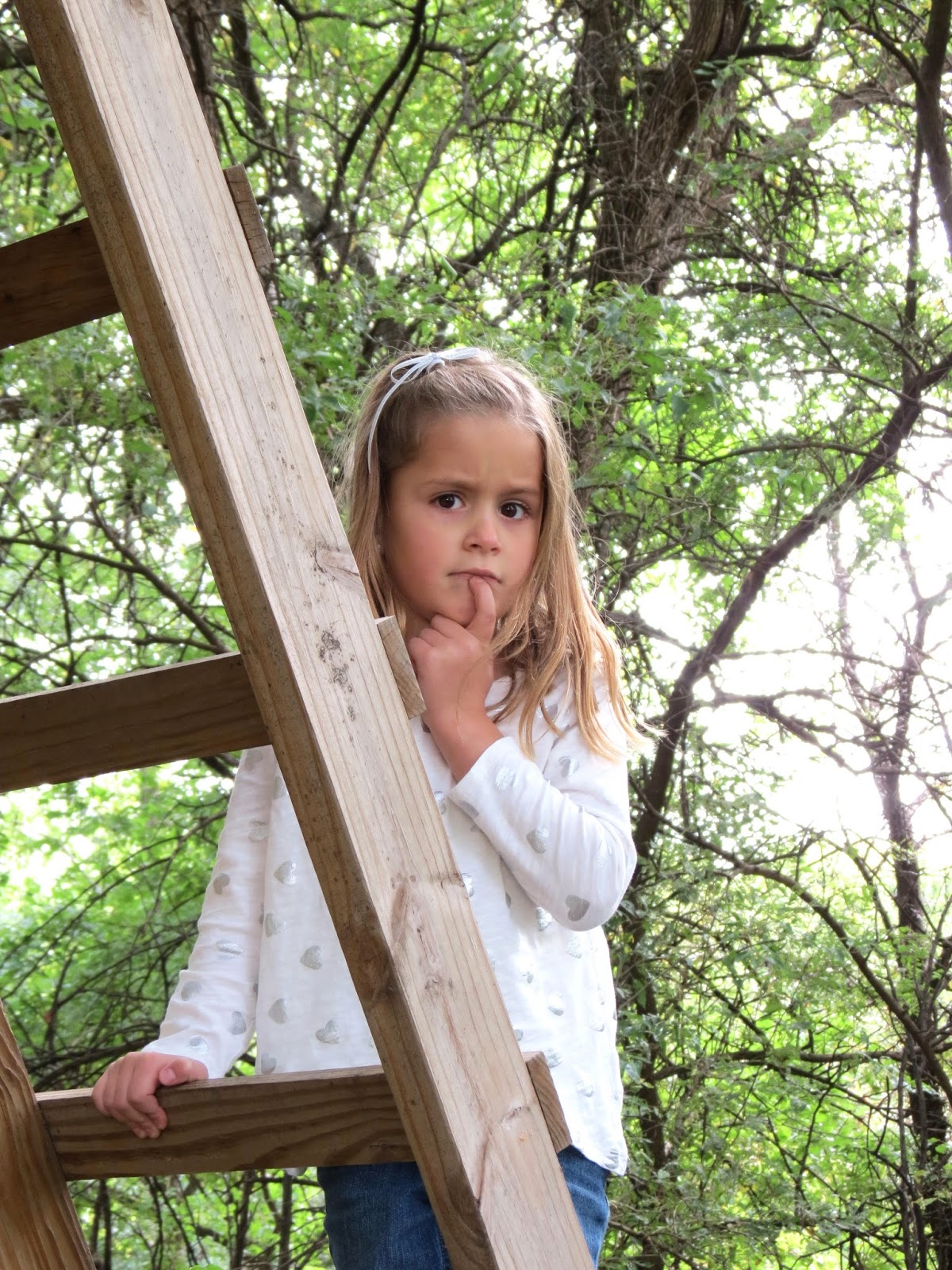 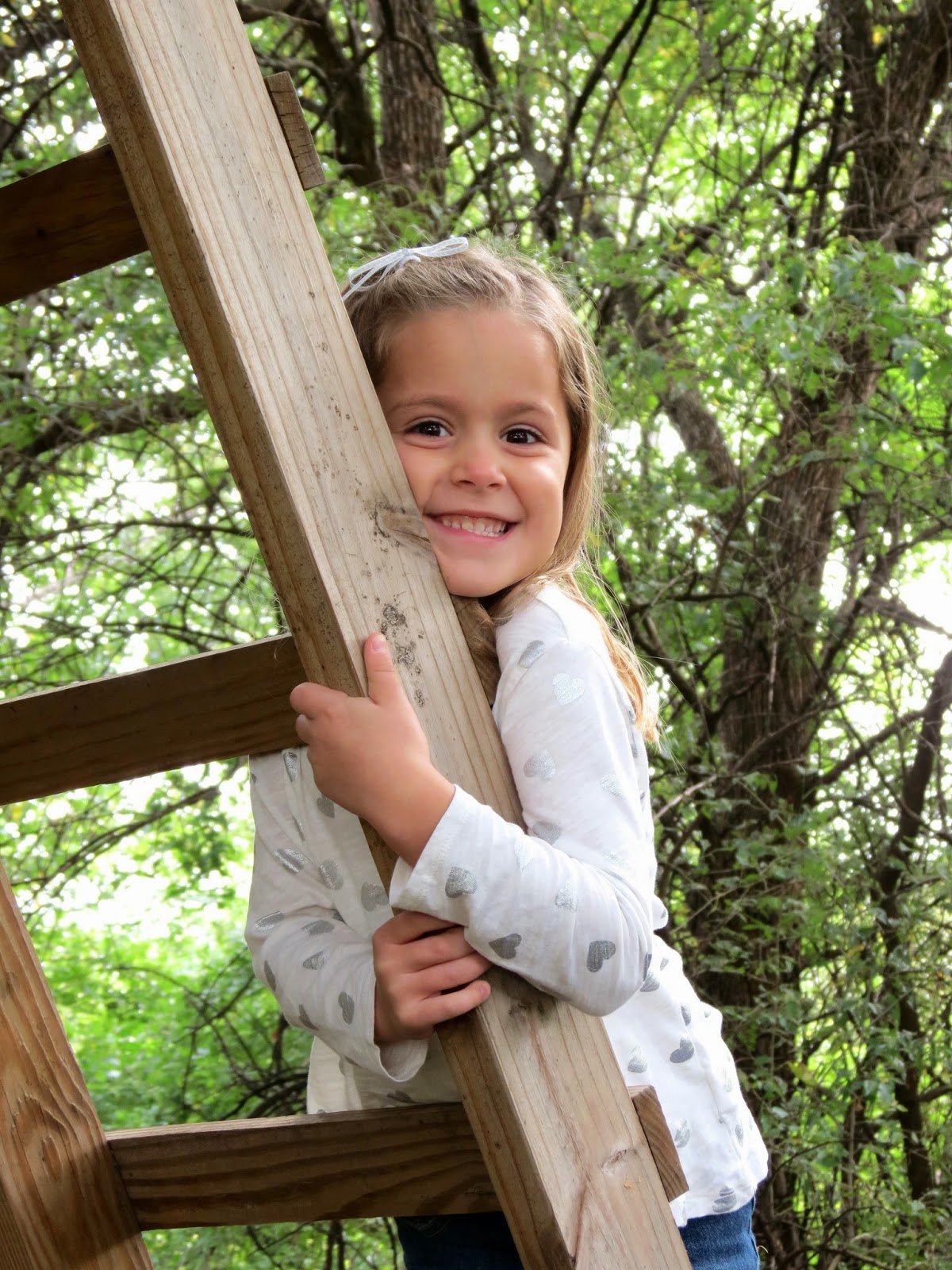 Aside from chipping away at school, band, ballet, Awana, and church activities, we've just been enjoying life.  Ezekiel had his final fall baseball game last week, but both he and Adina will be starting basketball soon enough.  Matter of fact, we're off to placement evaluations in just a couple of hours.  They keep us busy, folks!  Well, thanks so much for checking in on us!  I'll be back, bright and early tomorrow morning, with the first of a number of projects.  It's going to be a busy week.  Hugs!
Posted by Jinny Newlin at 7:00 AM

Loving the photos!! Hoping his teeth pain goes away soon!!

So good to hear form you Jinny! Love all of the pics, everyone is growing so quickly!!

I love your updates, Jinny :) Beautiful children! I love hearing about what they're all up to!

All your babies are just growing in leaps and bounds. Sorry to hear poor Kaden is having toothie troubles. The pictures of Adina are so beautiful. Hugs!

Your kids are growing so fast and they are just the cutest.. tooth pain no fun :(

I'm pretty sure food tastes much better when it's stuck to your face!! 😄 Love those sweet pictures of Adina!!

Love all the family photos! Thank you for sharing the wonderful update! Have a great week, hugs!

You know, I pop in to your blog and read your updates see your photos and feel like we're all family ... TFS