We're off to drop Ezekiel off at band practice in just a bit.  It's almost 30 minutes from home, so the littles and I always do our grocery shopping until he's done.  But I wanted to quick share just a few pics from our Spring Break week, before we're out the door.  Our local meteorologists forecasted rain for most of the week, and they just so happened to have gotten it right this go around; so, with sunshine and temperatures in the 70's on Monday, we decided it was the perfect day to hit the KC Zoo. 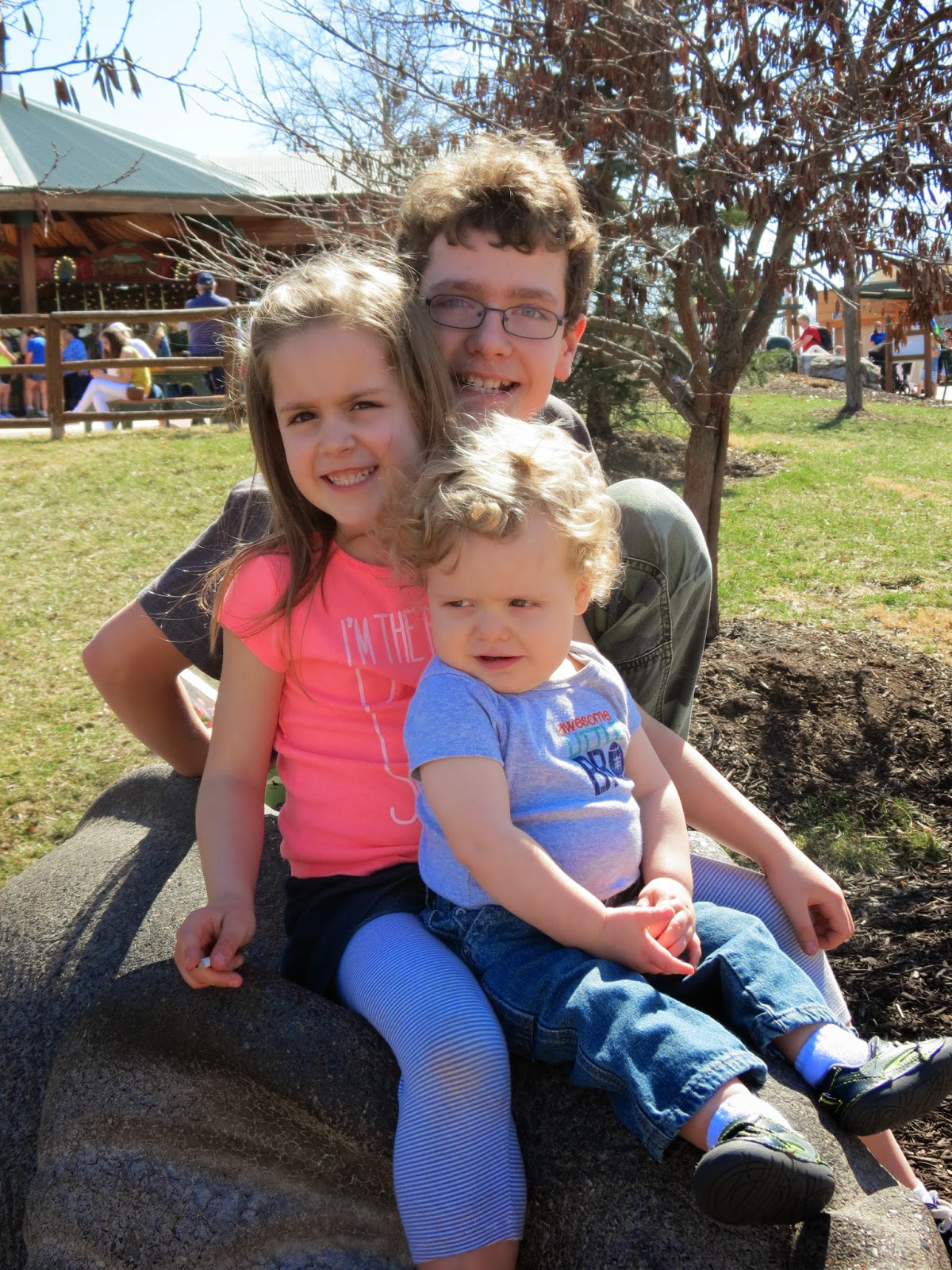 Unfortunately, so did everyone else.  We've never been to the zoo when it's been that busy.  It was crazy!  Matter of fact, it was difficult to even get in to a number of the exhibits to see the animals.  We did say hello to a few of our feathered friends.  Kaden was in awe of the penguins swimming under the water, and my big kiddos always love the lorikeets... 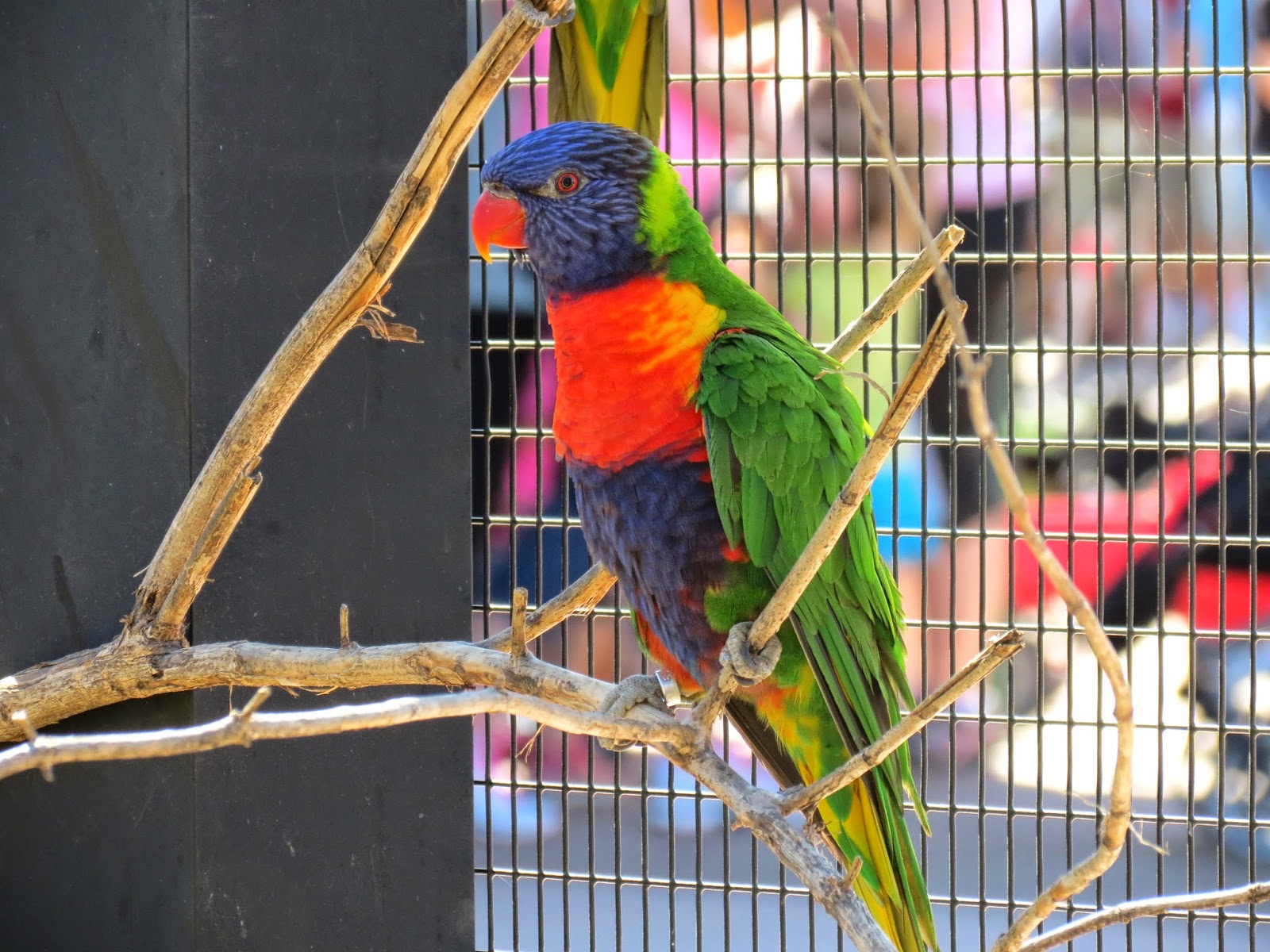 but after the Wings of Wonder show, we hit the road.  It was already well into the afternoon, and the zoo was just getting busier.  We had already eaten our picnic lunch.  So, we stopped for Shamrock Shakes on the way home.  Adina changed her mind last minute and wanted a cone instead, but the boys scarfed theirs down. 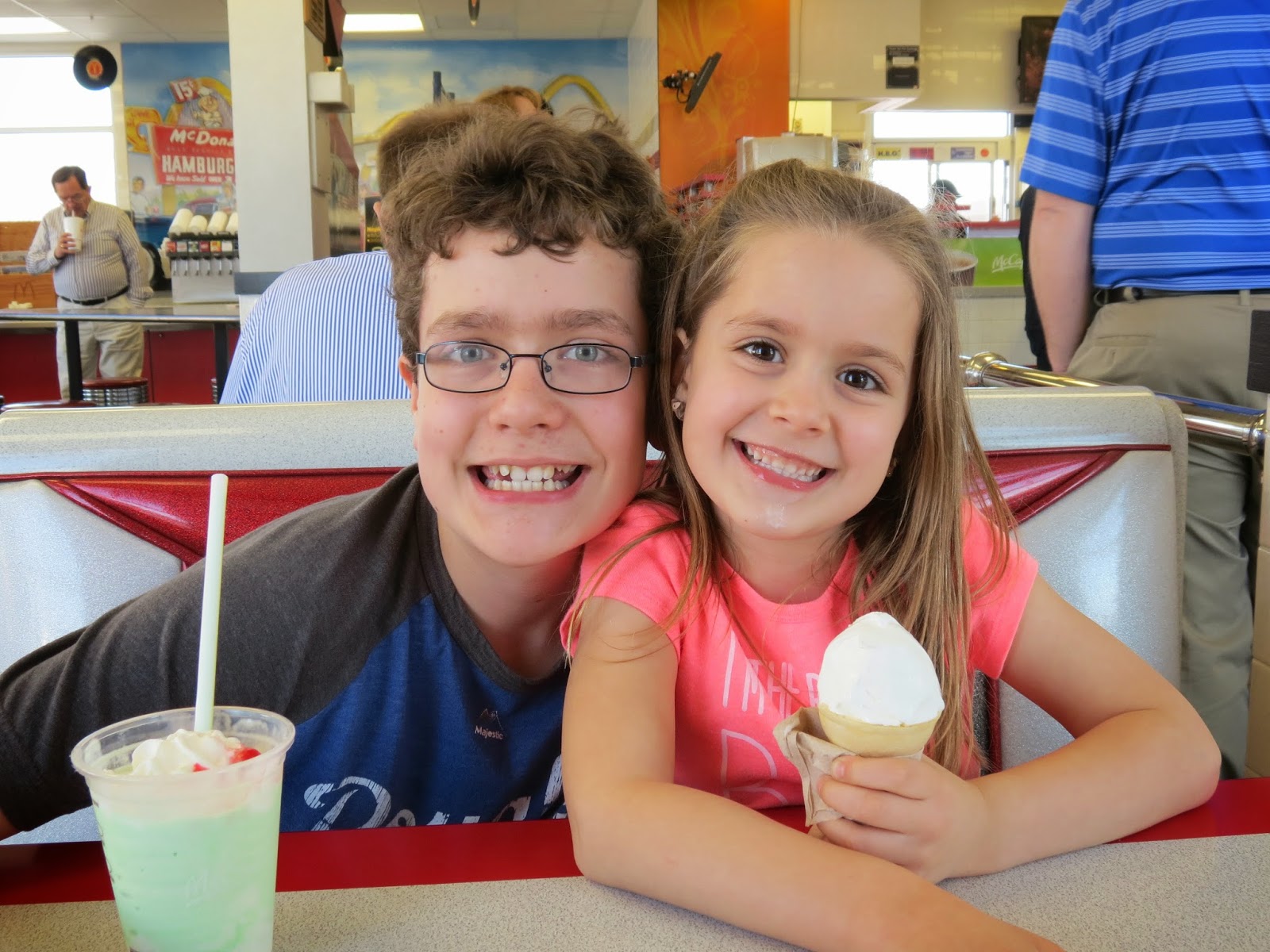 Ezekiel still had his regularly scheduled activities of the week, including band and baseball practice; but other than that, we spent most of the week just enjoying our time off and trying to catch up on a few things.  I also wrapped up our last nine week's grades and got them off in the mail, and Kaden practiced his walking skills.  He's getting good, y'all! 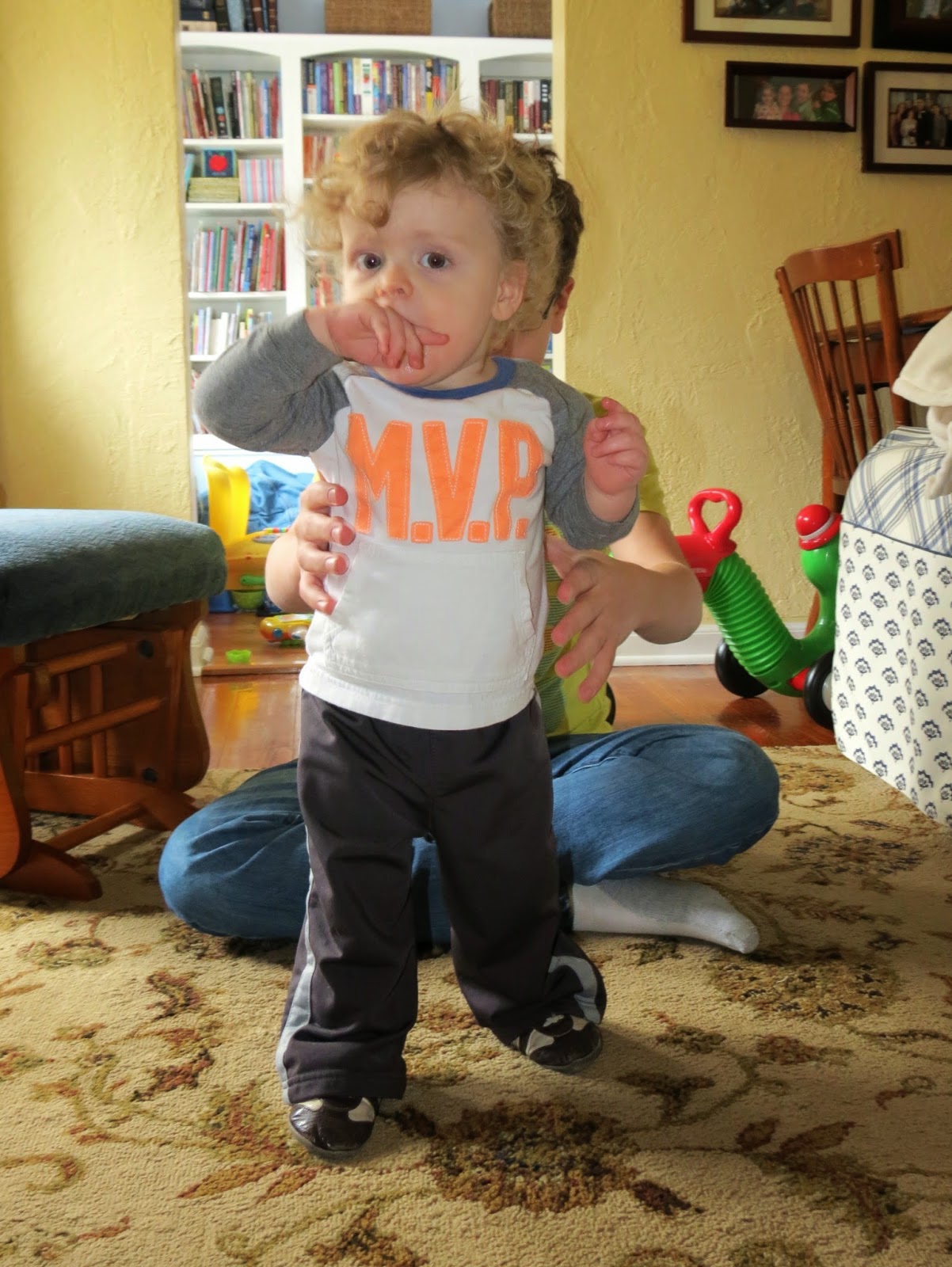 Then, on Friday, we made a little trip over to Marble Moon Company in Bonner Springs.  It was super busy there, too.  Usually, there's a few weeks span over when everyone in our area gets their Spring Break, but I think everyone must've had the exact same week this year.  We still really enjoyed watching a marble being made... 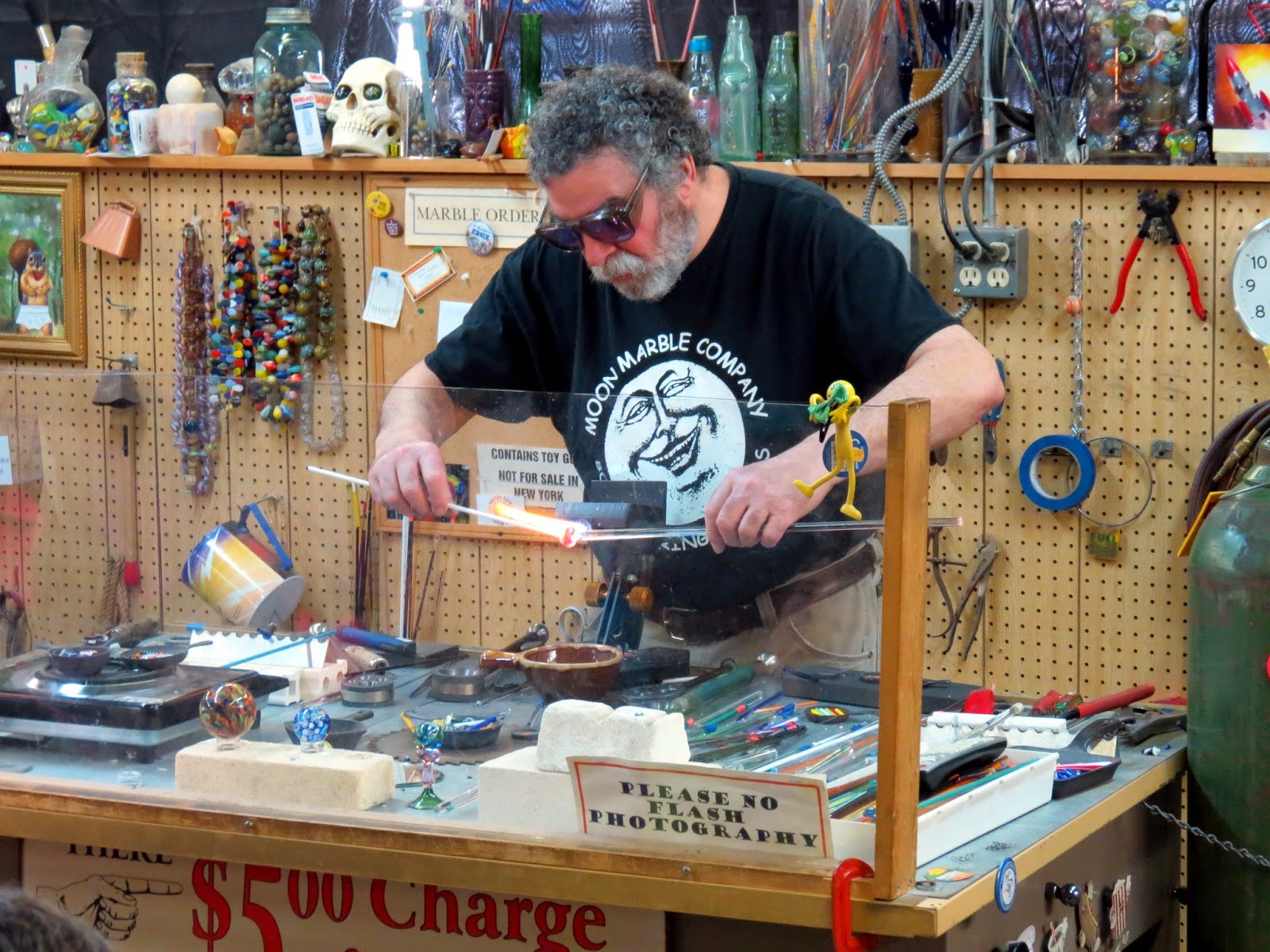 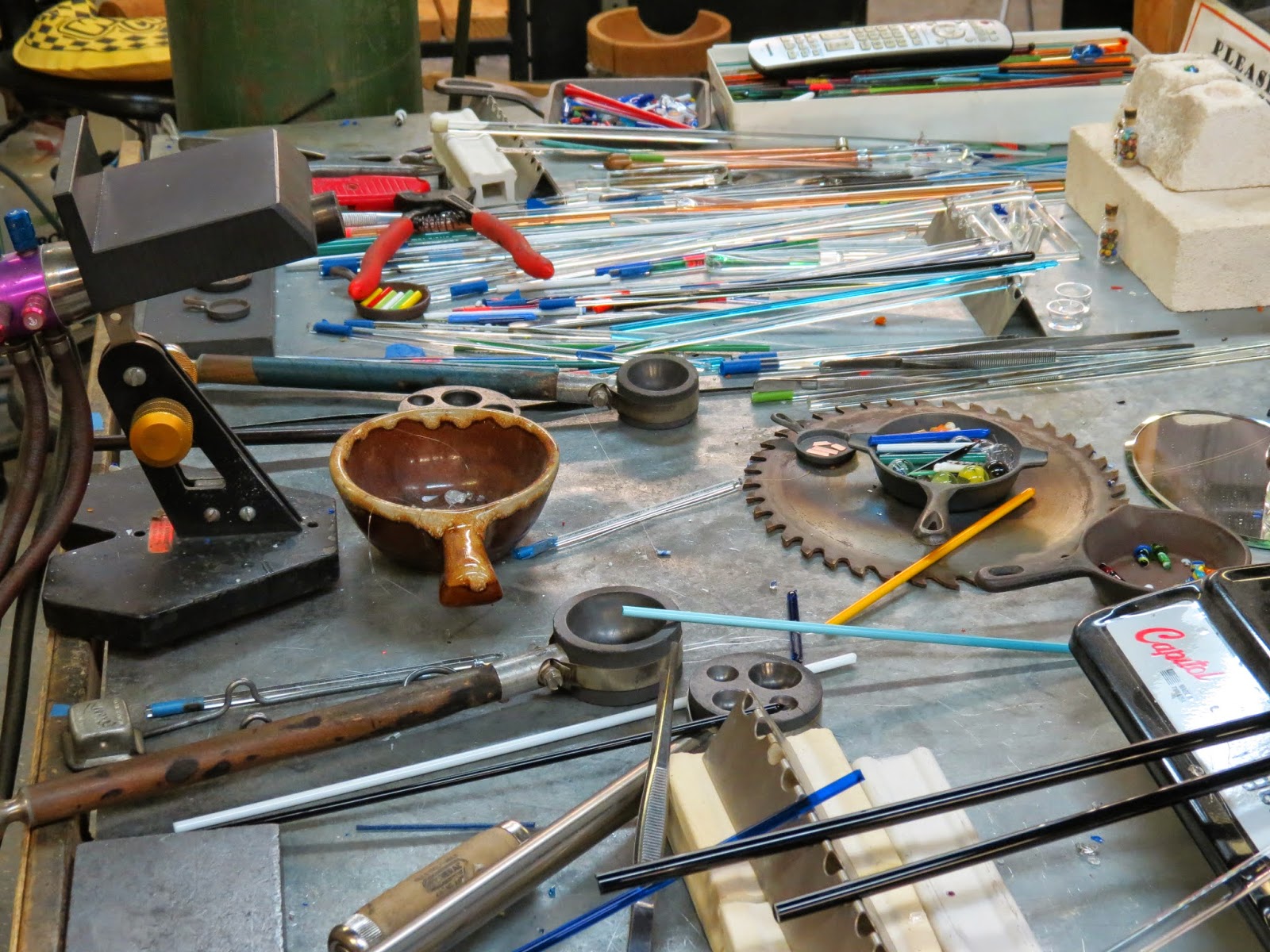 and came home with a few of our own, which kept the big kids busy all weekend long. 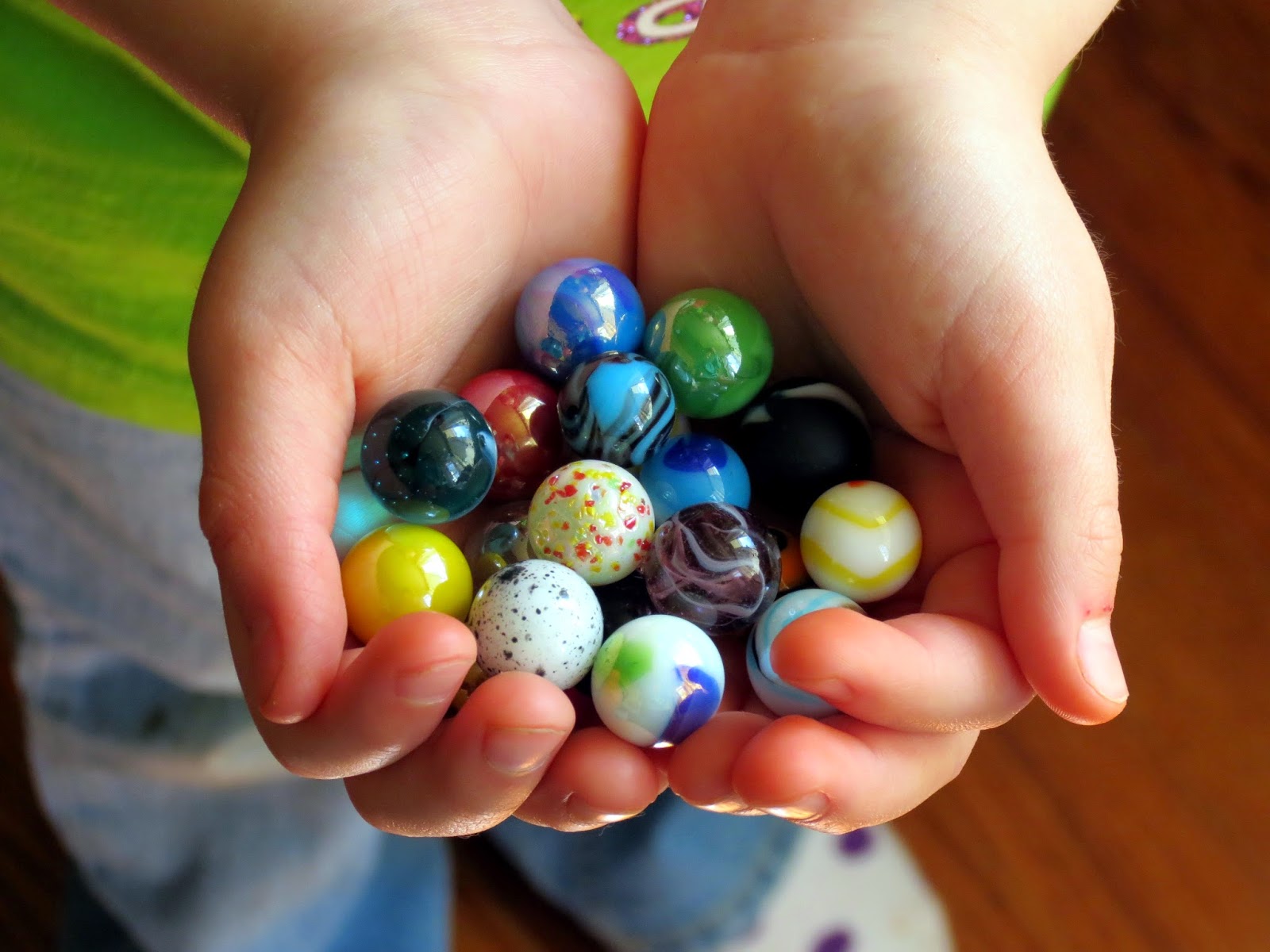 Speaking of the weekend, my hubby used such to finish up a second planter for my vegetable garden. 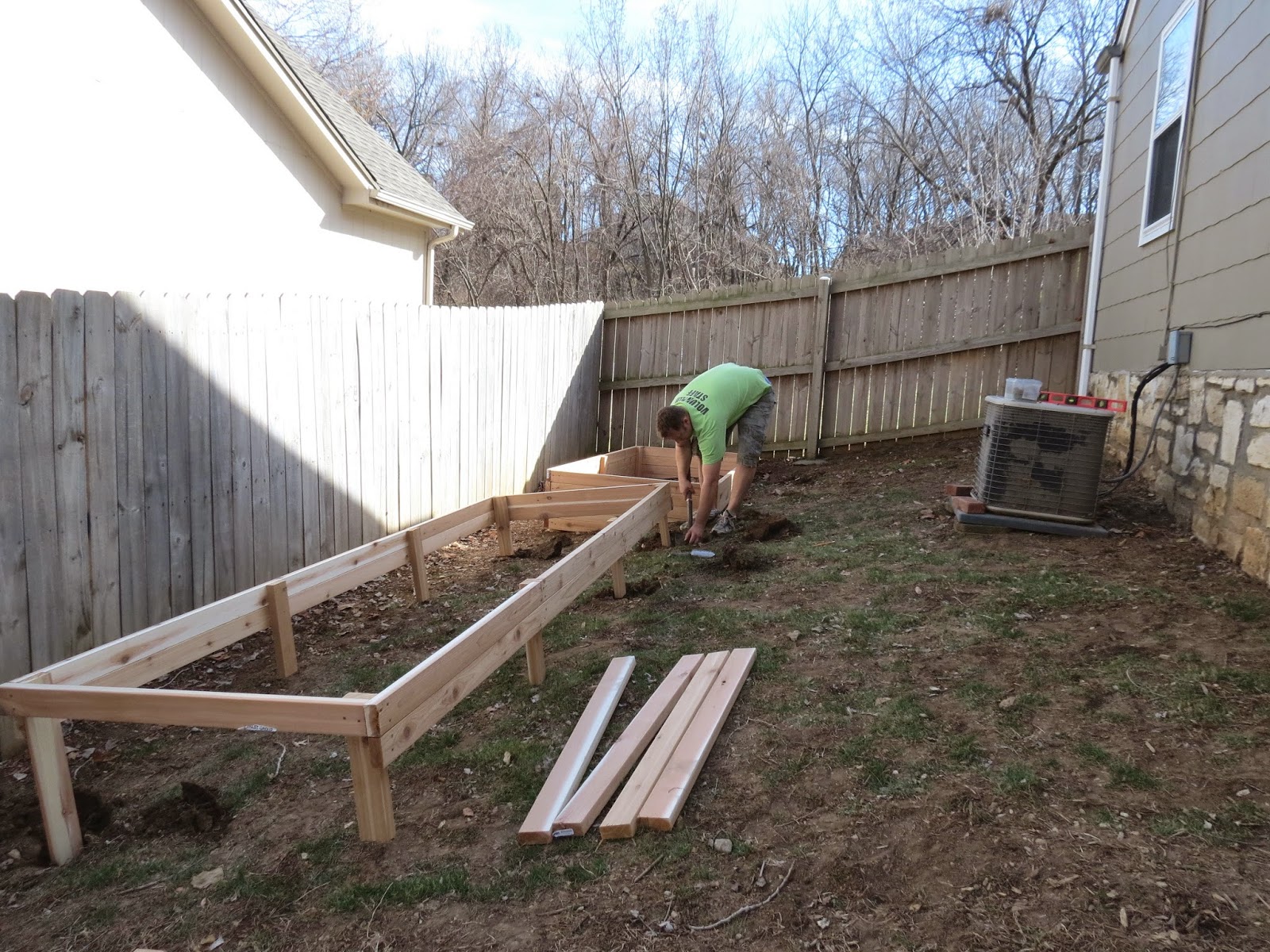 We have plans for four total, but with the slope of our yard, it took a few more boards than he had anticipated.  We've got almost enough lumber leftover for a third, so we'll probably hold off on the fourth until a little later, especially because we've still got to fill those babies with dirt.  Even just these two will give us a great start, though.  So excited! 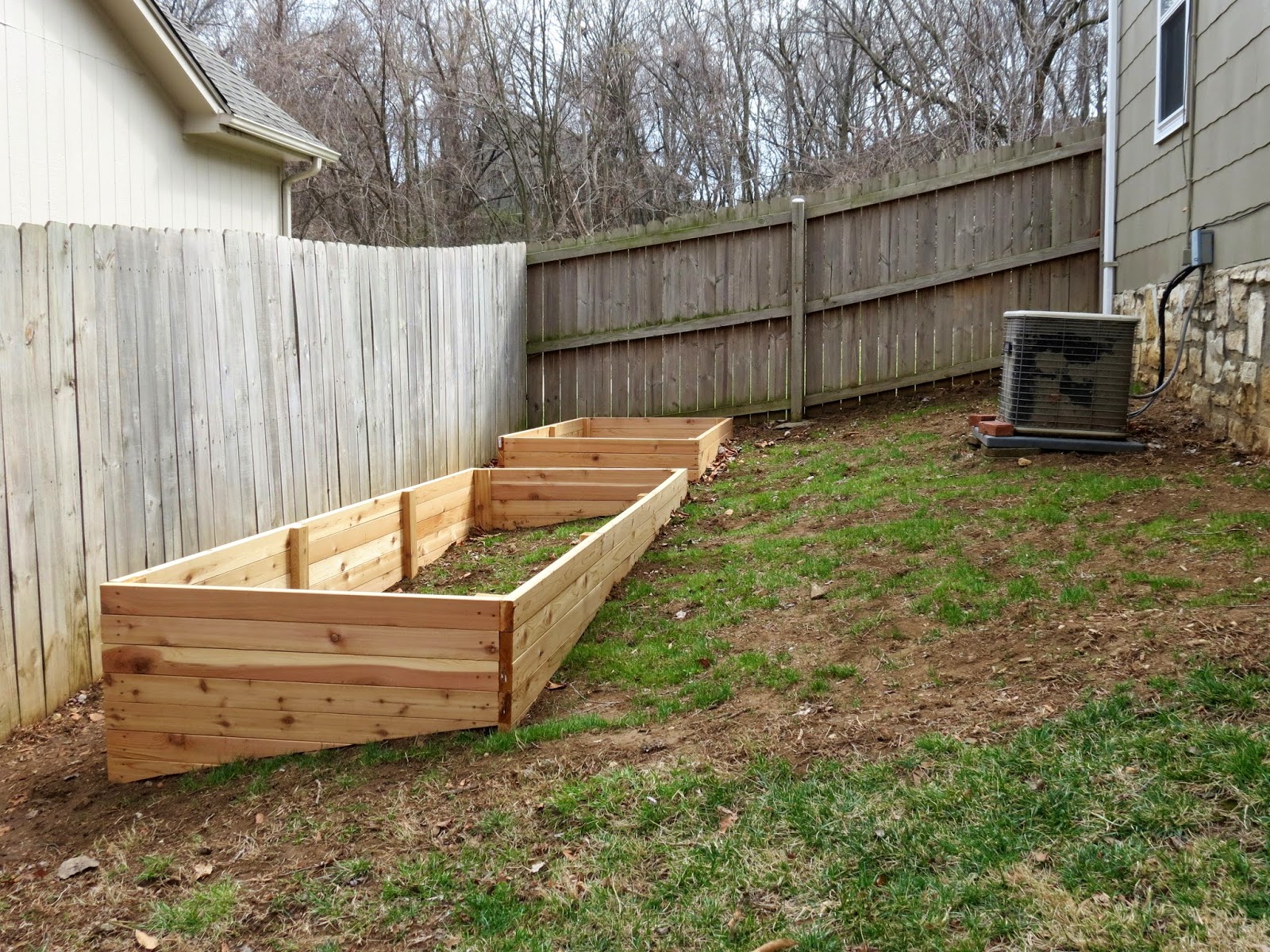 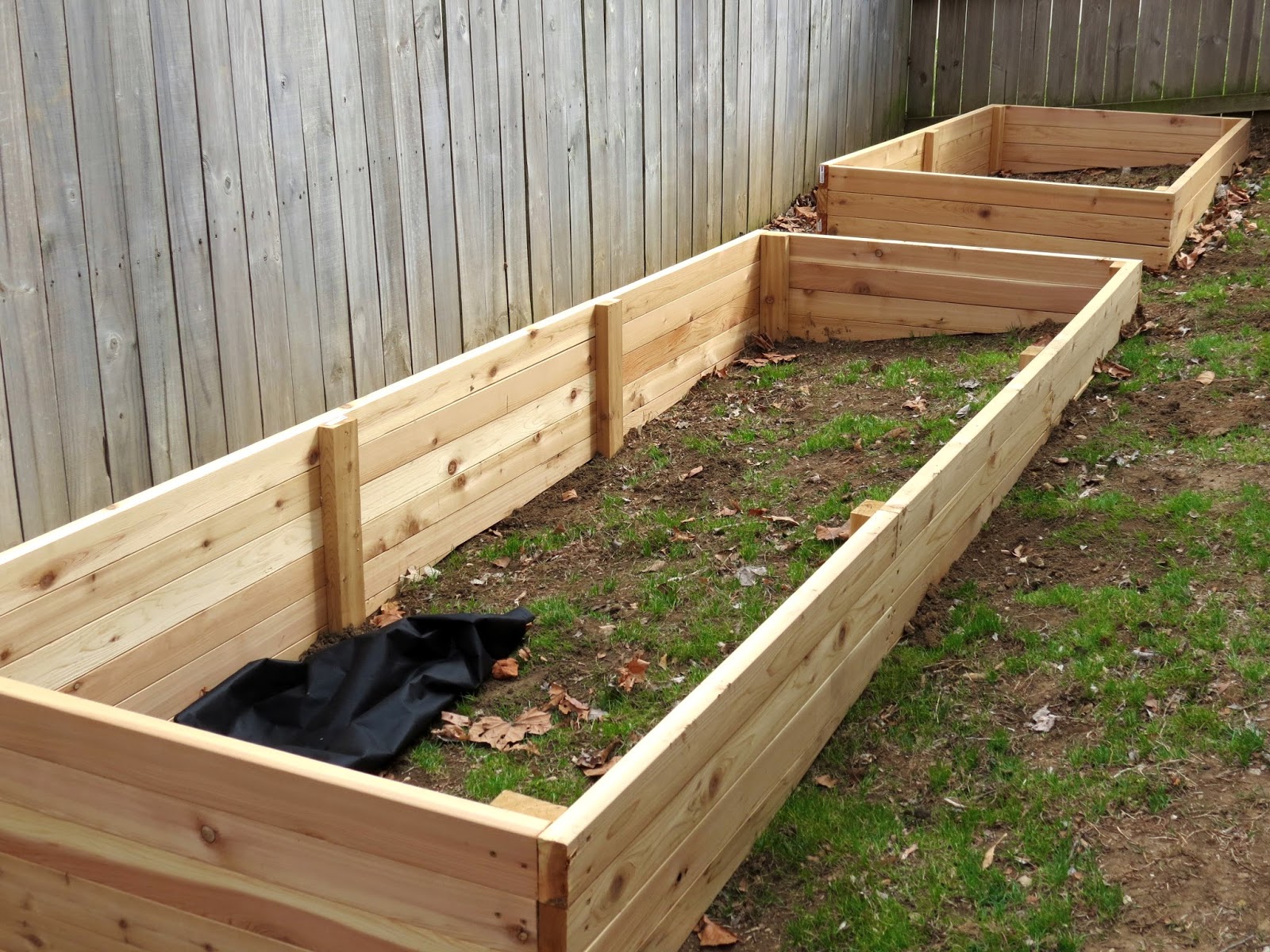 It was a super relaxing break and just what I needed to give my immune system a reboot.  We weren't quite ready to get back to work and school; but summer break is just around the corner, and we've got lots of learning to get done before then.  So, we're back to the grindstone.  Thanks for checking in on us!  Have a terrific Tuesday, sweet friends!
Posted by Jinny Newlin at 12:15 PM

Looove your garden beds! Thanks for sharing!

So good to have a post from you Jinny!! Love seeing the kids and those vegetable boxes look terrific. My hubby has been wanting to do something like this too!

Our break is next week! Your week looks absolutely perfect. Hope that we have beautiful weather too.

Great picks! Looks like so much fun, love that you got to see marbles being made!

Great pictures! Thanks for sharing. I want some of that 70* weather. It's 45 today and that the warmest is has been!! Love those planters!!!

Always love the zoo photos...so cute and fun! Kids always have a great time at the zoo! The marble making looked fun, too!And, how awesome that your handy hubby made area for vegetable garden! I would love to do that some time!:-)

The garden planters look awesome Jinny! I would love to have some, but I don't have a Green thumb, so it might not be good for me to torture a poor garden!! HA!!

Great job on the raised beds!! I love your pics!! The kids are getting big and so cute!!!

Sounds like a busy spring break. I love the planters you hubby made. Lots of wonderful photos my friend.

SO SWEET!! LOVE the Pictures as ALWAYS!! GOOOOOO Little Man its so FUNNY to see him Walking!! =) We'll have to check out the Marble Place next time we are down that way, Beckett would LOVE it!! (I would TOO) Looks like I need to HIRE your Hubby to come and build me an AWESOME Planter Box!! =) They look AMAZING and I'm sure they will help you a TON!! Tell him he gets EXTRA Brownie Points from me!! =) THANKS for sharing and have a FABULOUS WEEK Sweet Jinny!! =)

A dream is your creative vision for your life in the future. You must break out of your current comfort zone and become comfortable with the unfamiliar and the unknown. See the link below for more info.

There are things in our life that is not eternal thus we stand still and never show weaknesses. This only means that we are strong enough to face everything either it is big or small. Visit my site for more good vibes and inspirational thoughts. Good day!