Welcome to the work week, friends!  I trust you all had a wonderful weekend.  Ours was filled with lots of activity, but we also found some time to catch up on a few things and just relax.  My big kiddos had their Awana Games competition, against various other local Awana Clubs, at Kansas City Kansas Community College, on Saturday.  We spent the bulk of the day there cheering their teams to third and fourth place finishes respectively.  Ezekiel's an old pro at Awana Games.  He's been competing since he was in kindergarten and has always enjoyed every minute of it. 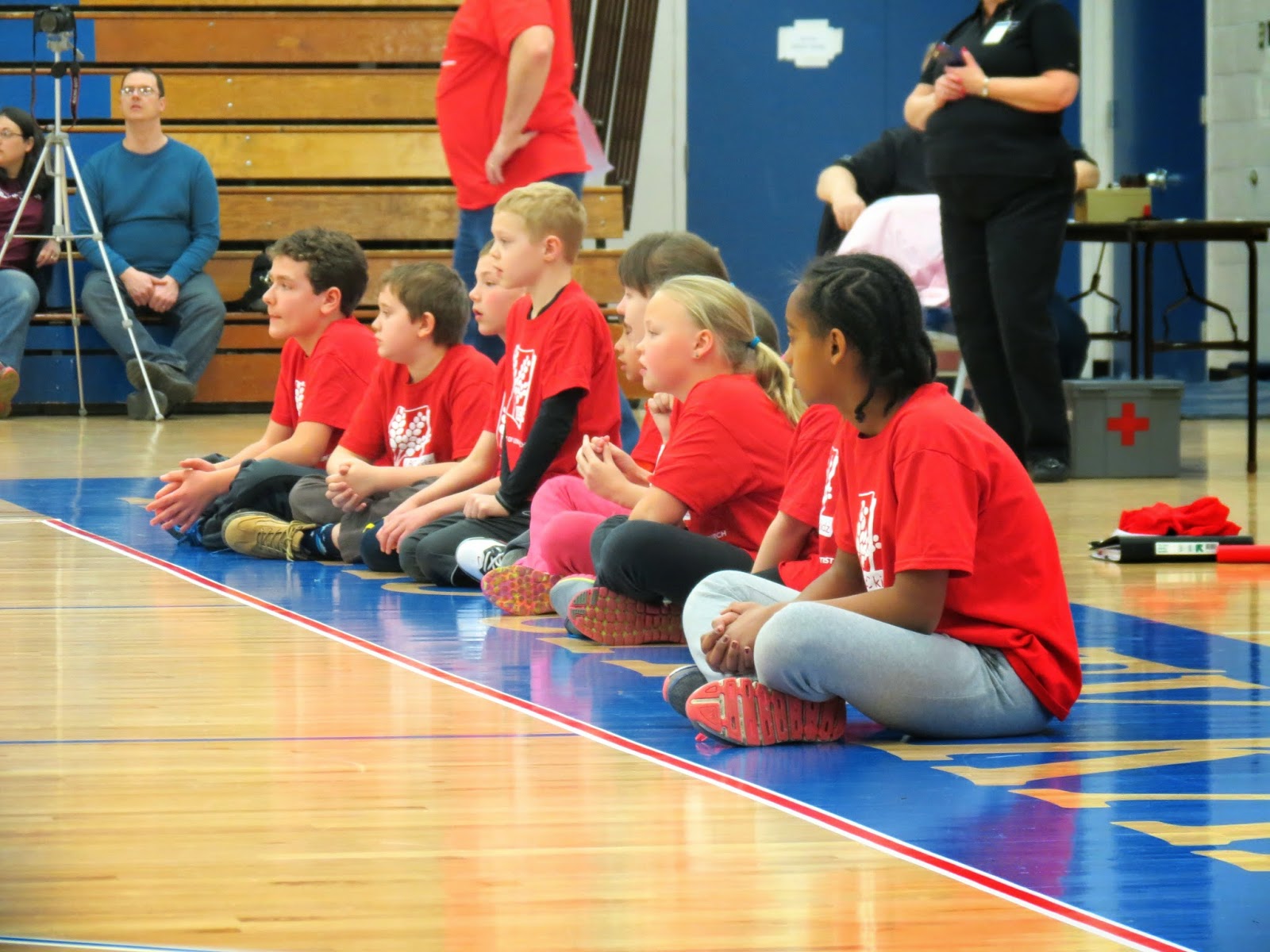 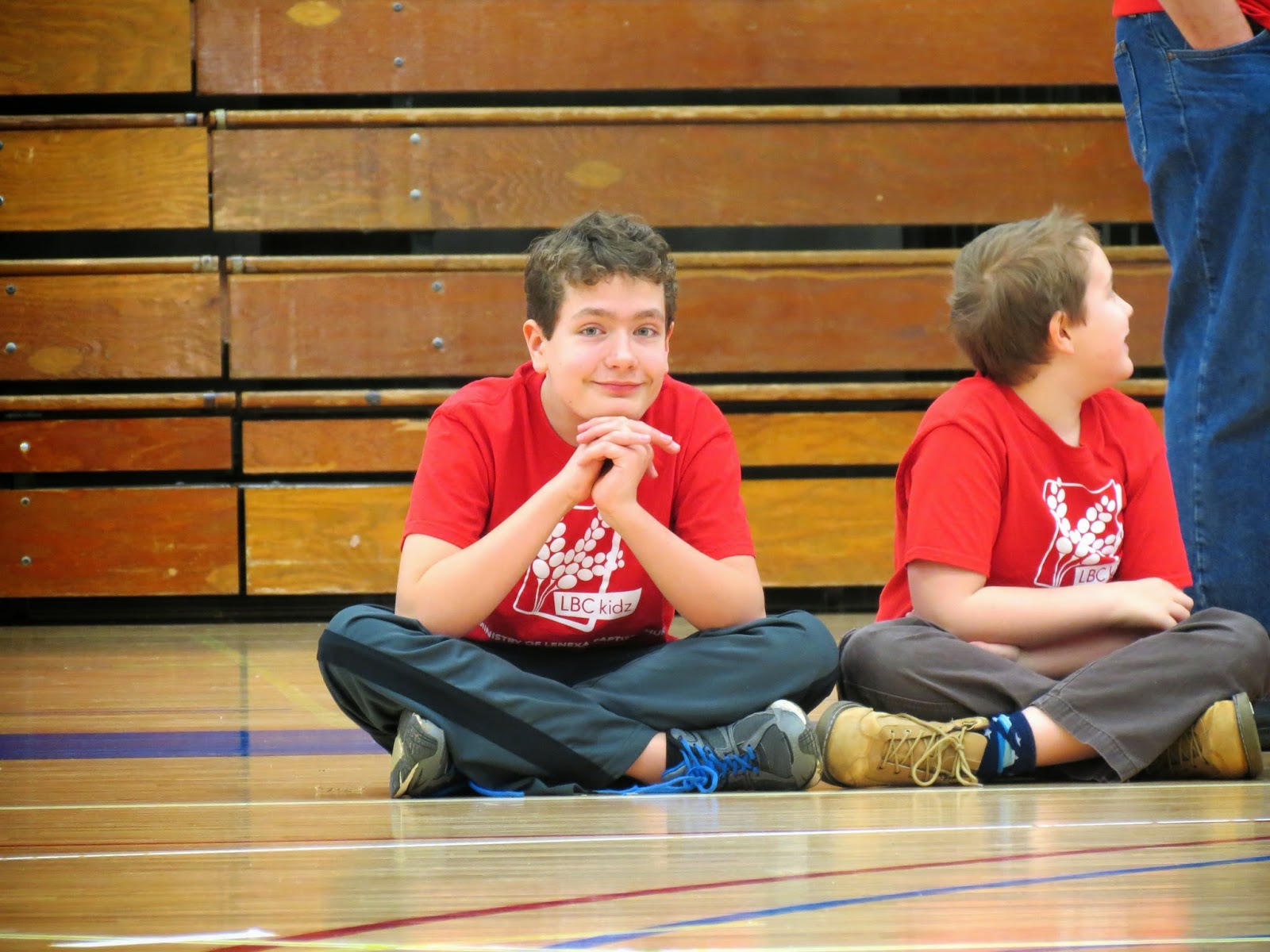 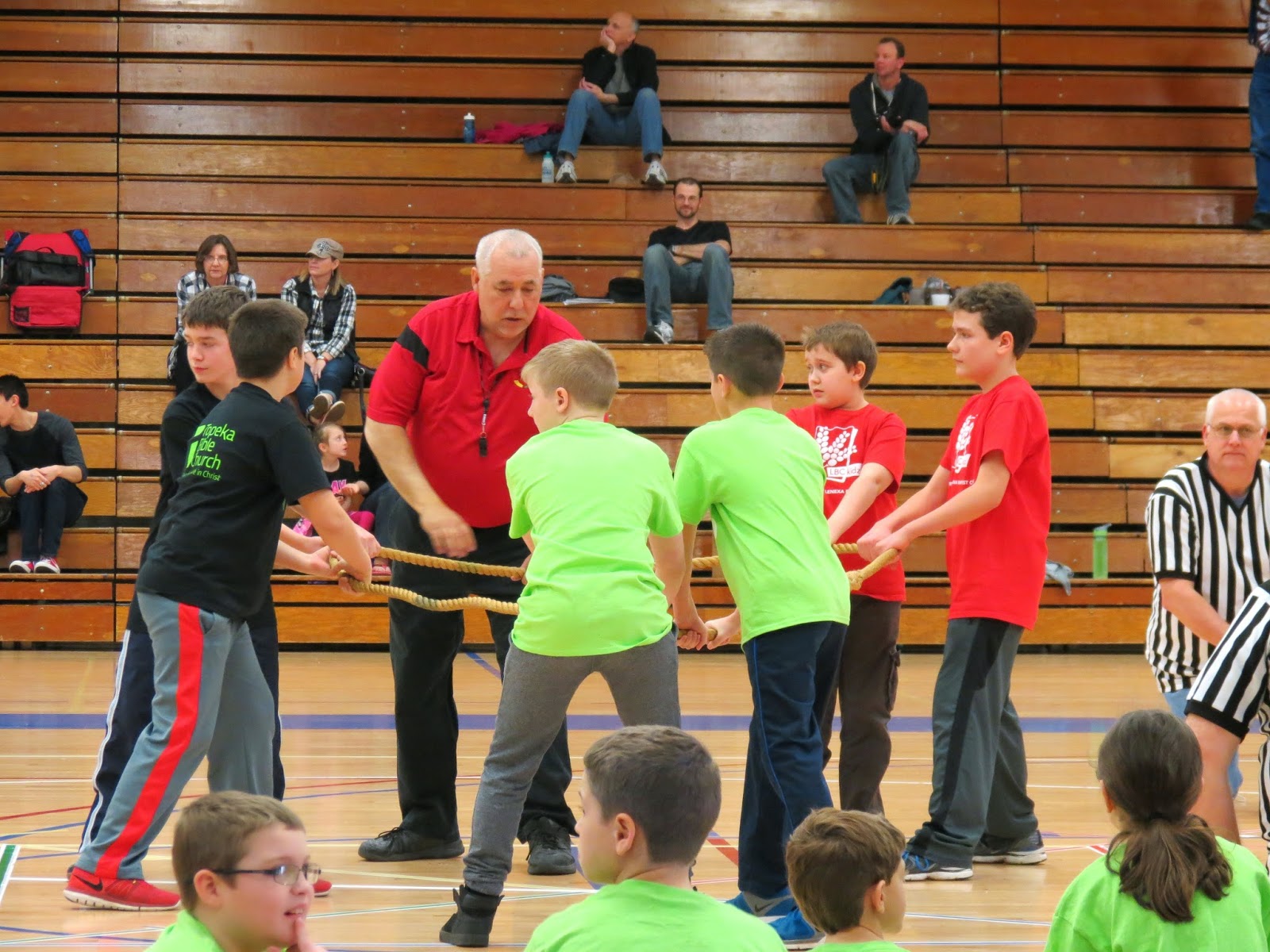 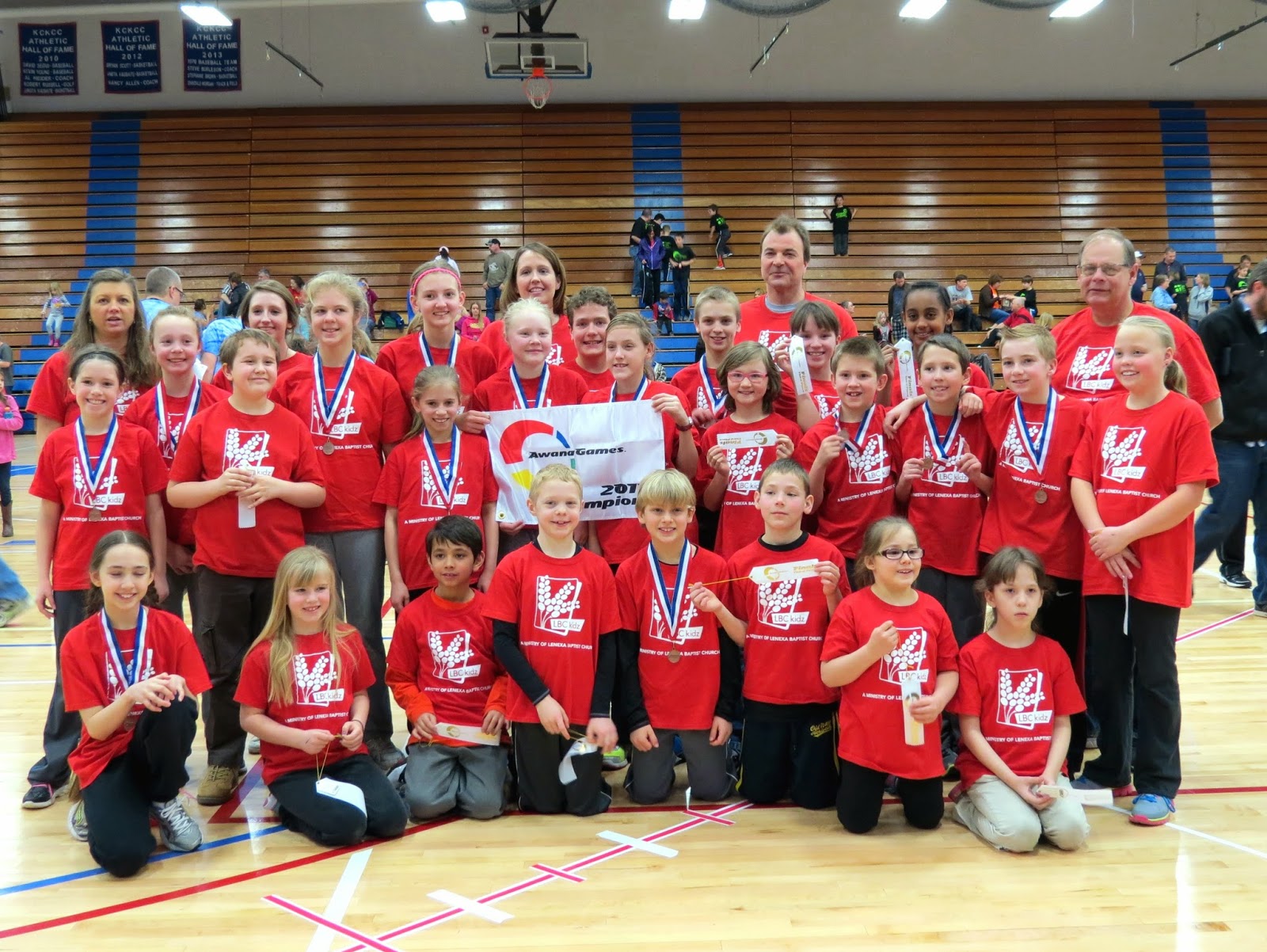 My hubby helped coach Adina's team, which was extra special for her because, on a weekly basis, he usually helps with Ezekiel's Awana activities.  It was so fun to watch how animated she was with the whole thing.  I didn't enjoy these kinds of things much when I was growing up.  I hated to let people down, and it seemed that, when it really mattered, I was always doing such.  I'm sure there were some childhood irrationalities powering such thinking, but I never saw it as a team thing.  If my team lost, it was somehow my fault.  Why did I put so much pressure on myself?  I'm so grateful that my kiddos don't see it that way in the least and just live in the moment. 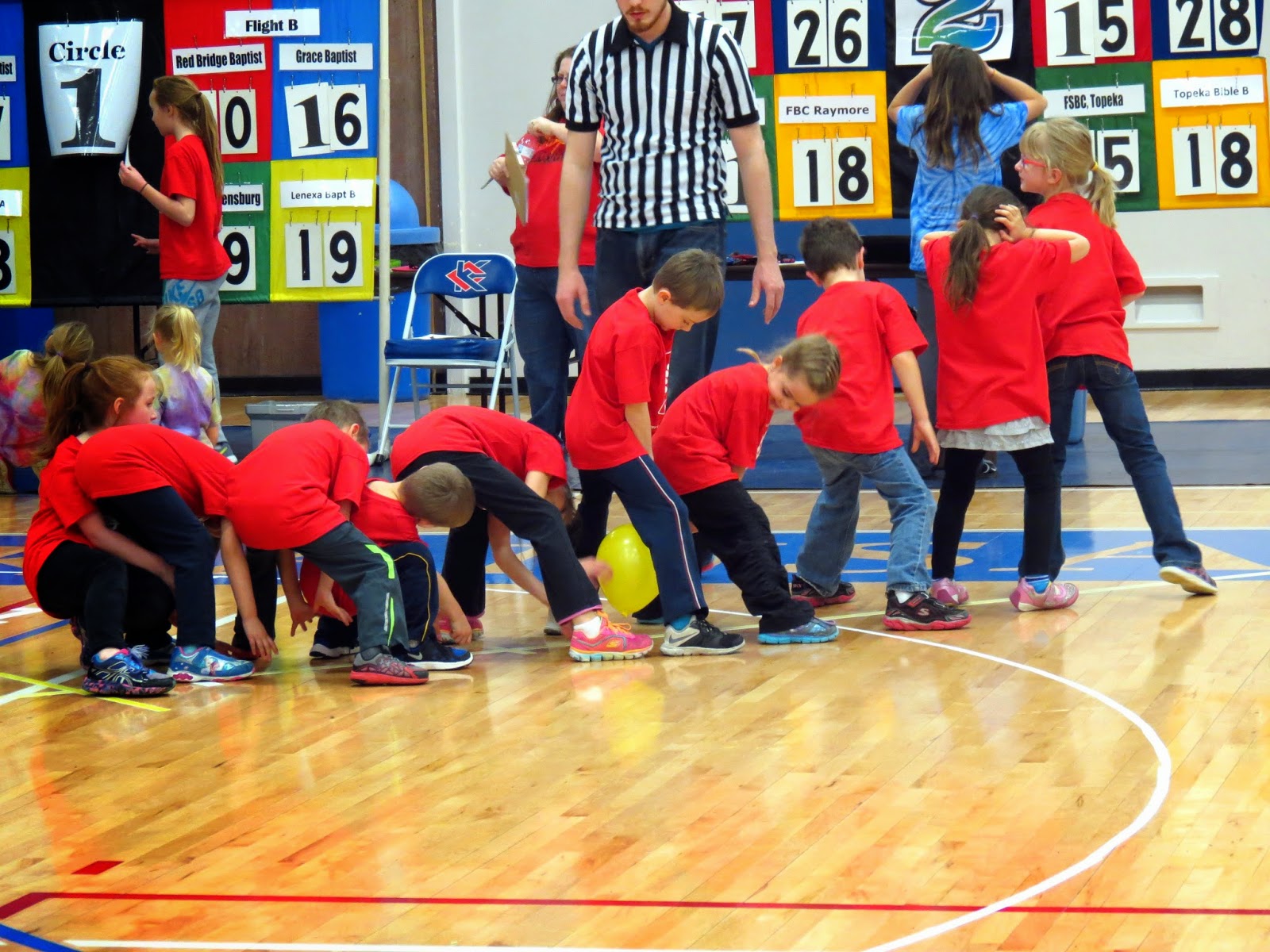 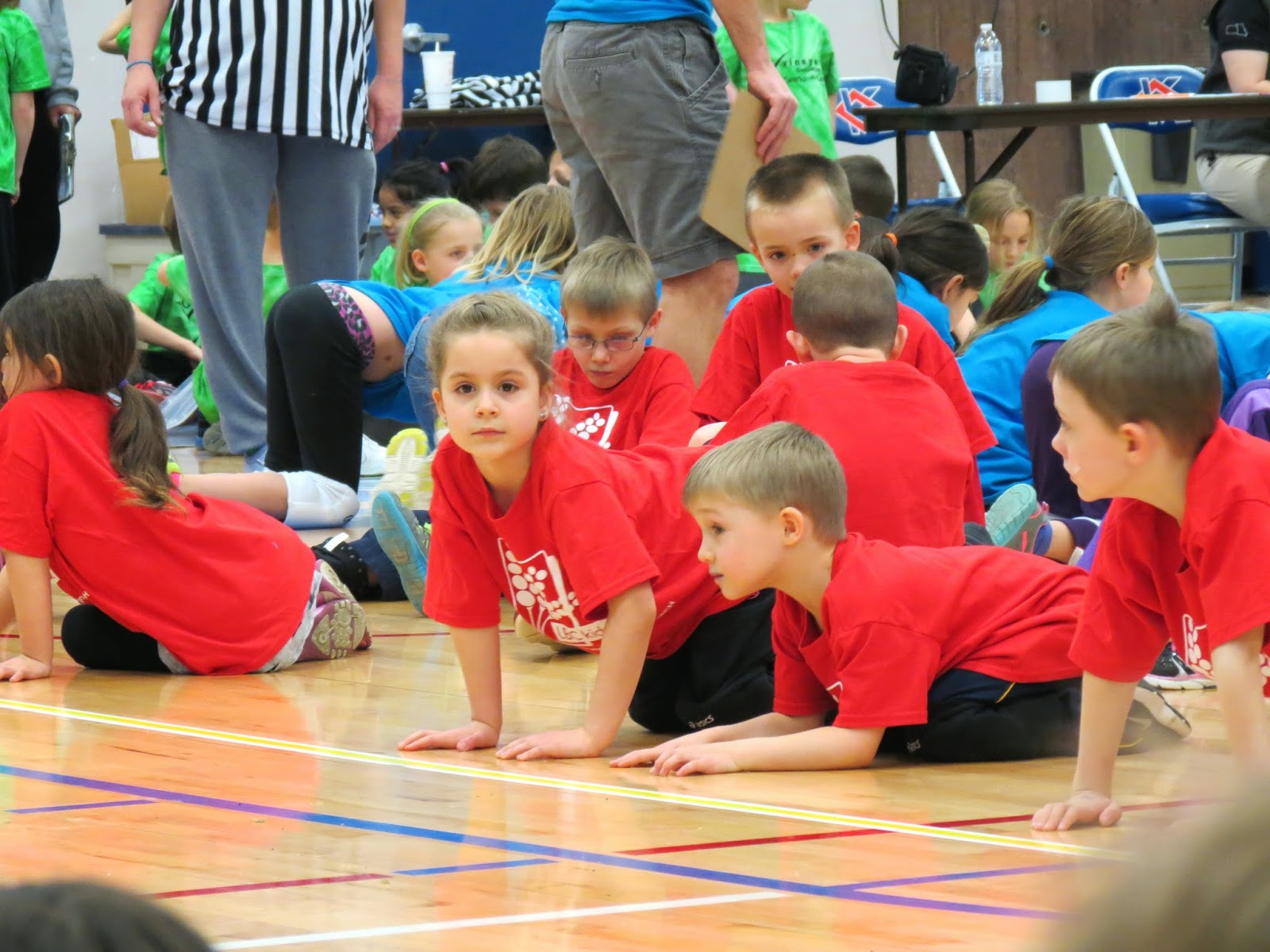 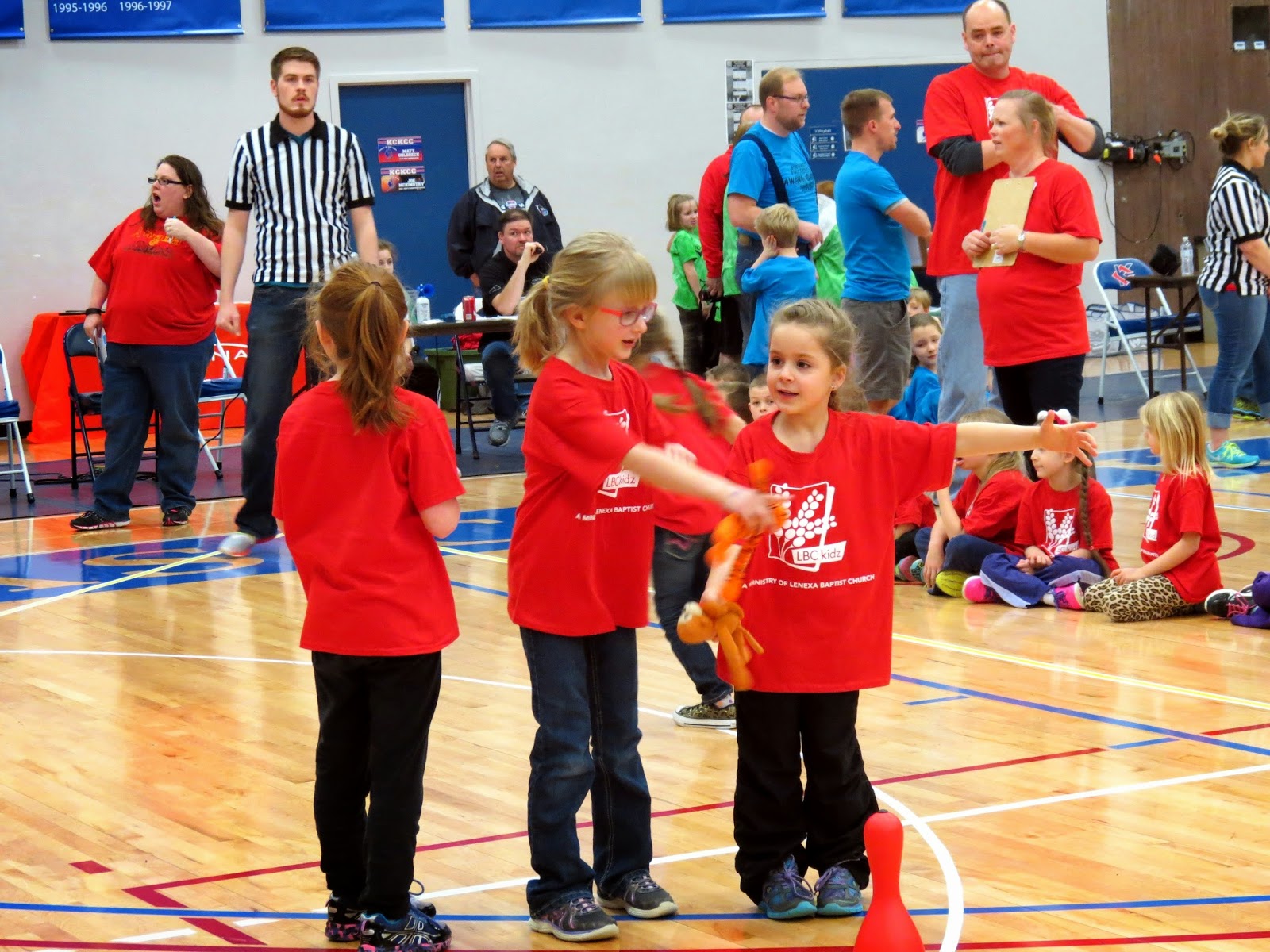 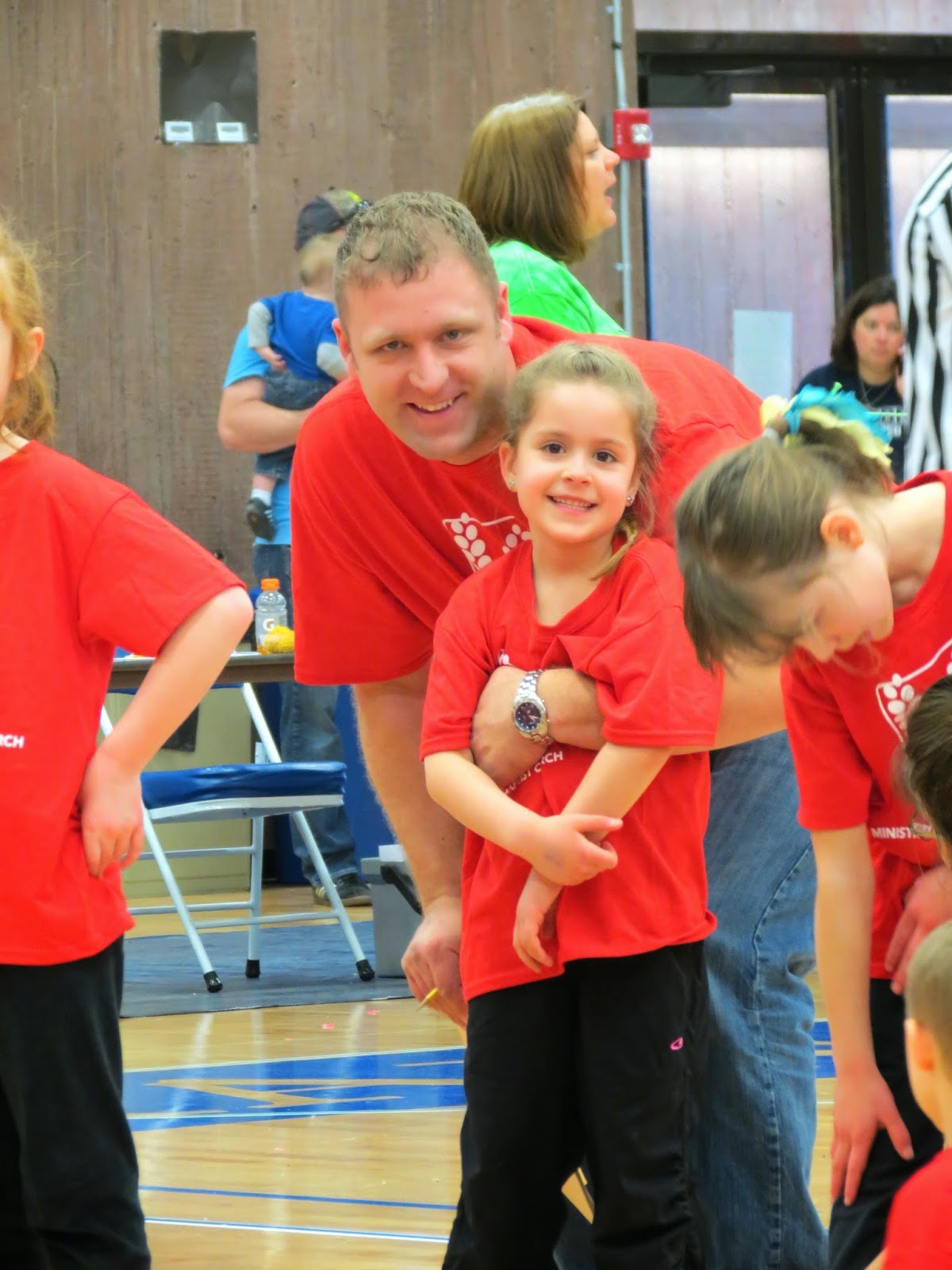 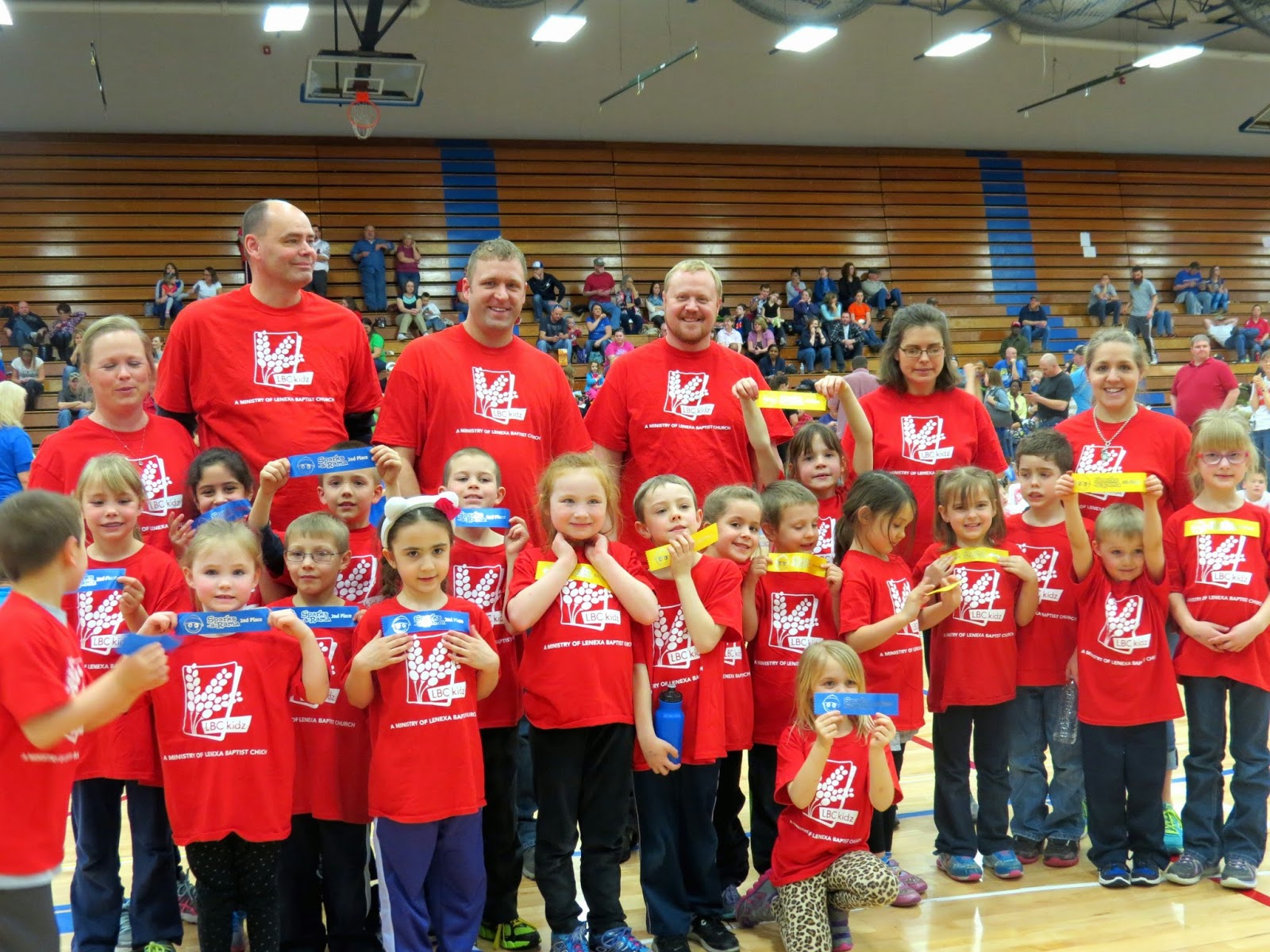 Kaden missed most of his napping time during all the activity, but we kept him happy with snacks and tossing his ball around, and he did get a quick nap in the car over lunch and fell asleep in my arms during the last hour of the Games. 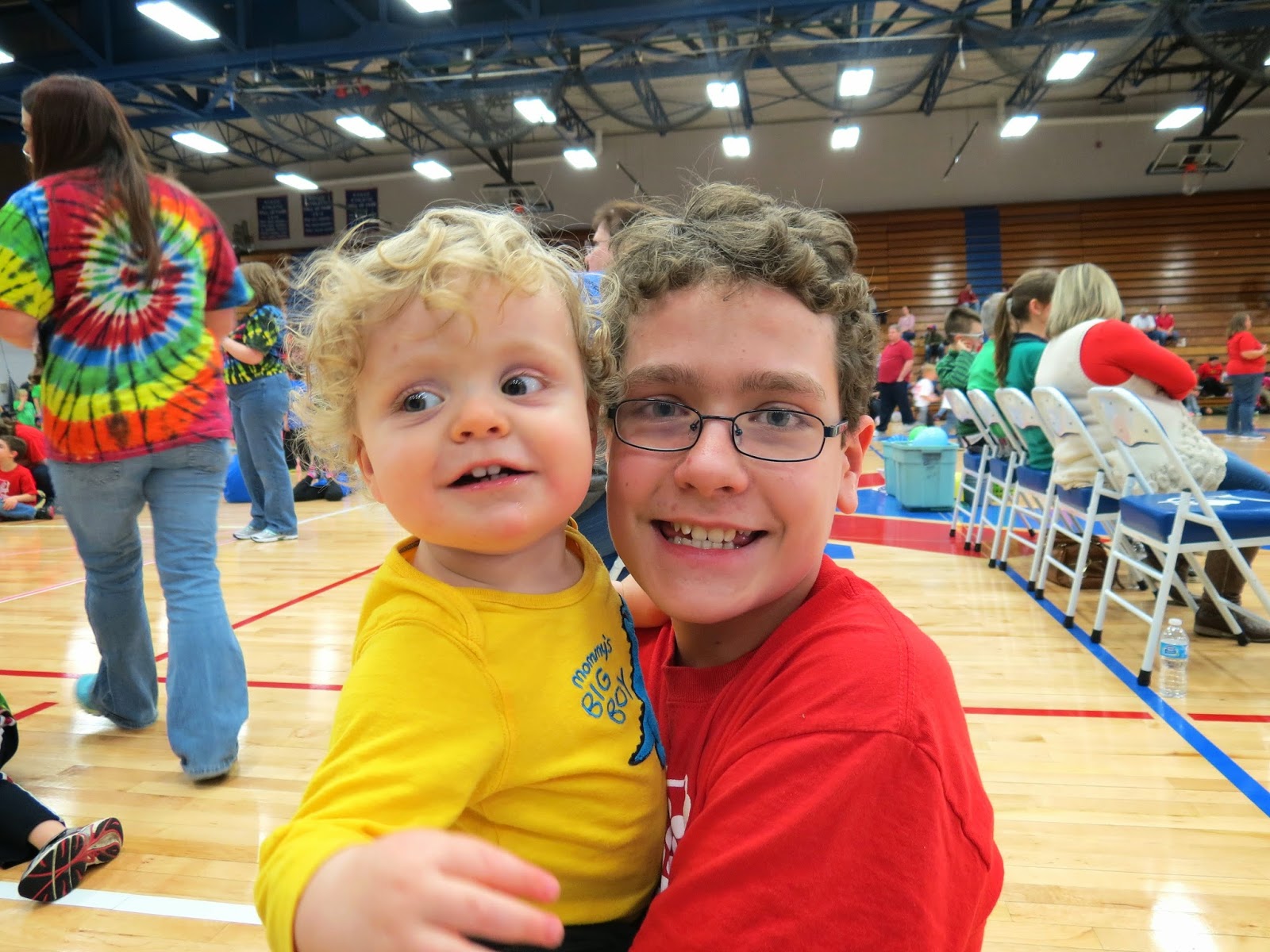 I also wanted to share just a few pics of Ezekiel and Adina's last moments with their basketball teams.  I had to mention, too, that Ezekiel had such a good week last week.  What a blessing to us all!  Love to see those glimpses of the sweet, loving, thoughtful, studious young man that I know has been in there all along. 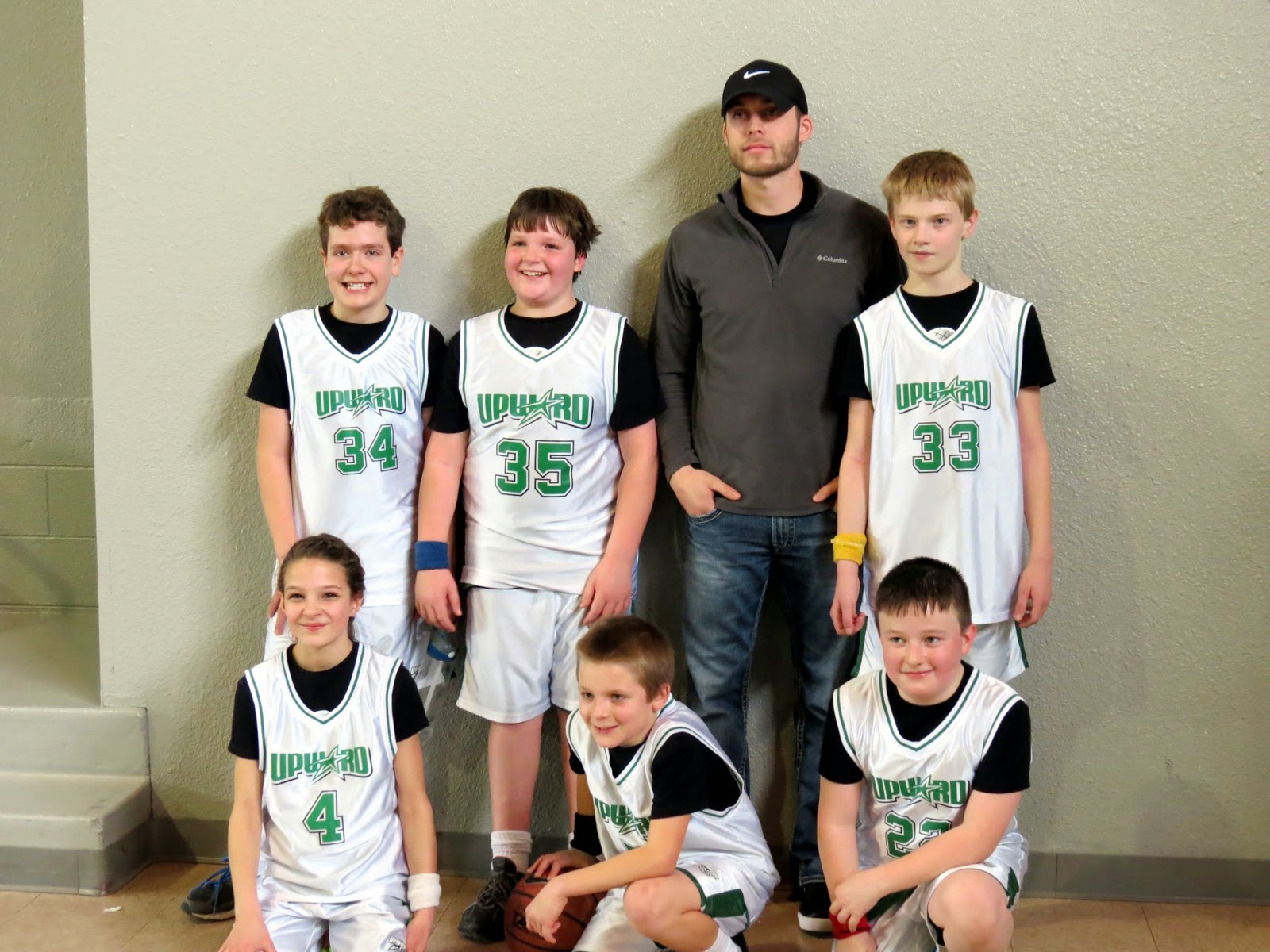 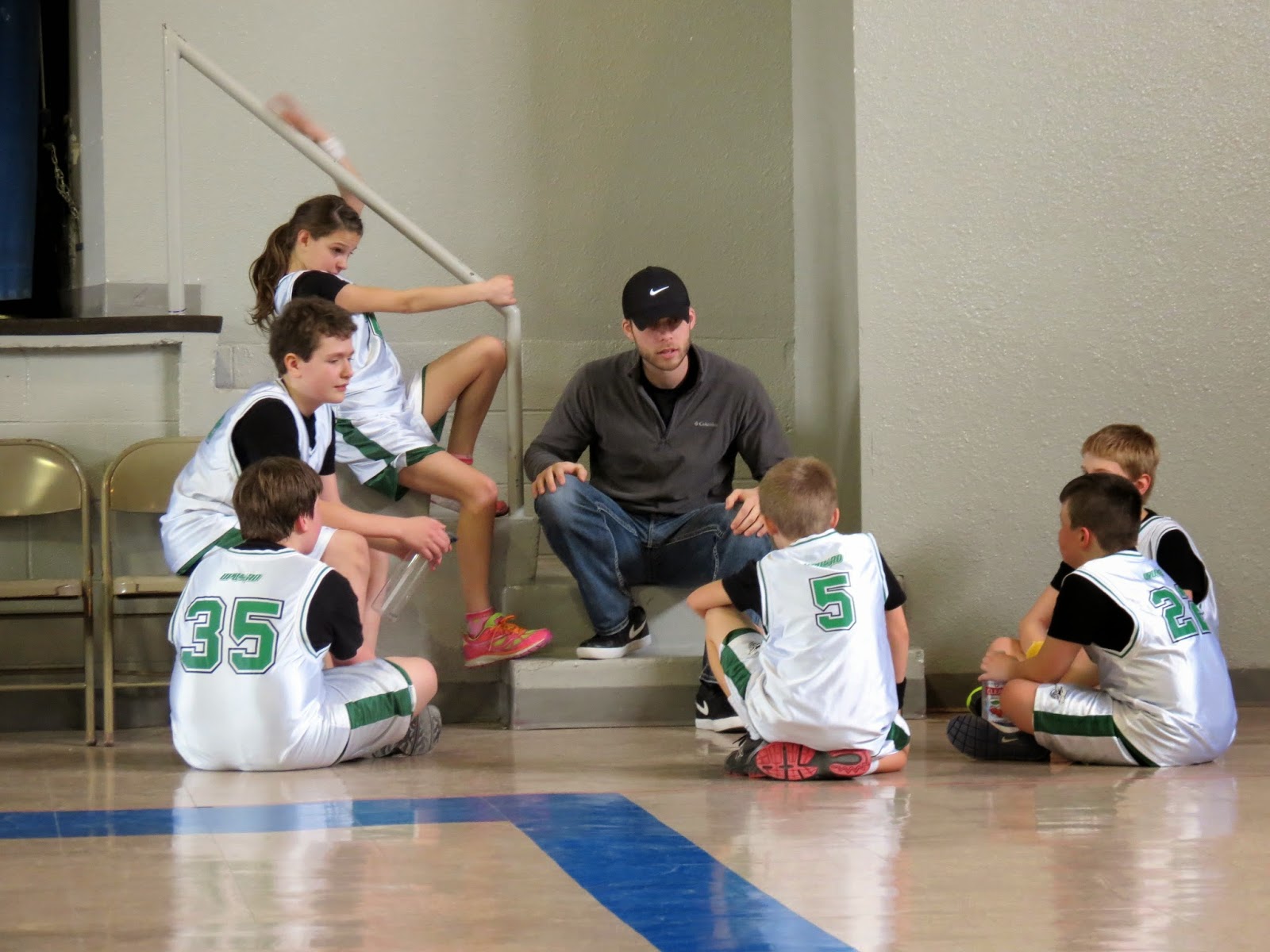 Adina got her first basket of the season to start her final game.  Woohoo!  She was so excited and bummed that, now that she was finally getting the hang of things, the season was over; but my hubby was exhausted, and while he enjoyed coaching and the kids loved him to bits, an ending to the season was a welcome relief. 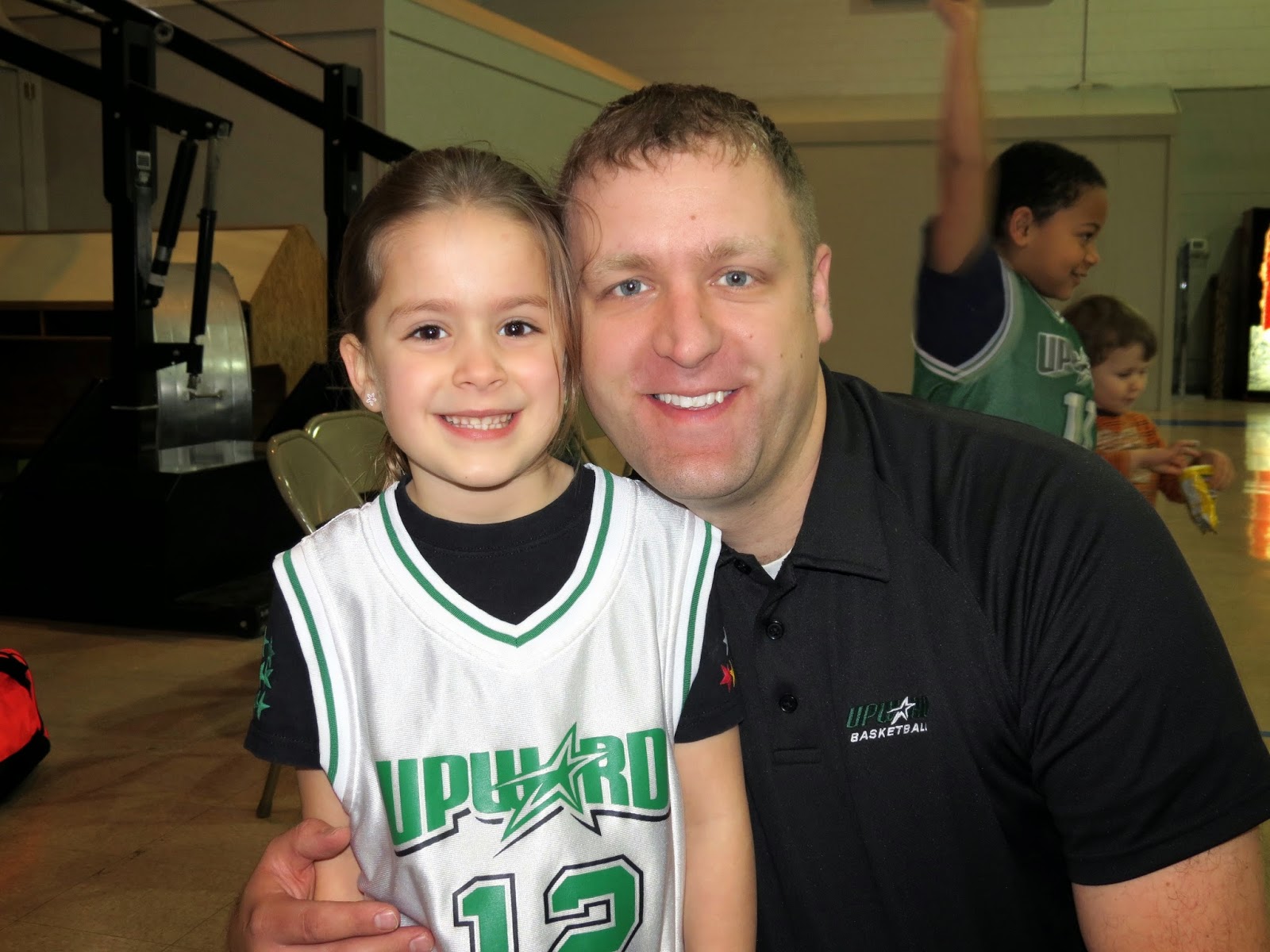 Between the teams, formed from all those participating in grades kindergarten to 2nd grade, there were only three girls, all kindergartners, and it was so fun to watch them grow and learn the game. 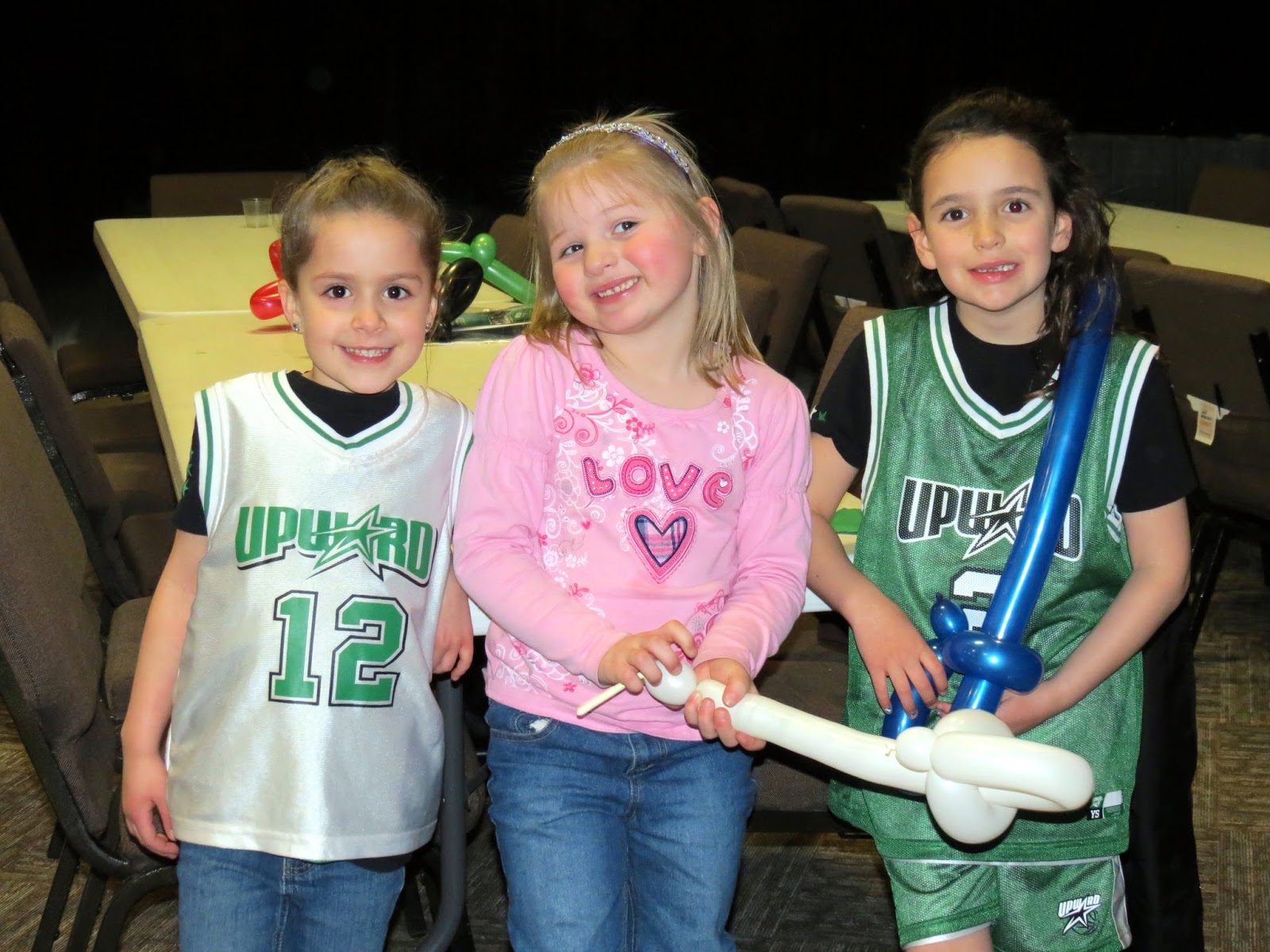 It seems only fair with all the pics of Ezekiel and Adina above to share a few of our littlest.  Kaden is now thirteen-months-old.  I don't think I shared many of his milestones here at one-year-old, but not much has changed over the last month other than a couple new teeth to now make a total of six.  He still nurses four times a day at breakfast, lunch, dinner, and just before bed and eats anything and everything we give him from fruits and veggies to meats and grains.  He's not picky in the least.  I can't even think of anything that he doesn't like, but he really enjoys mini M&M's :). 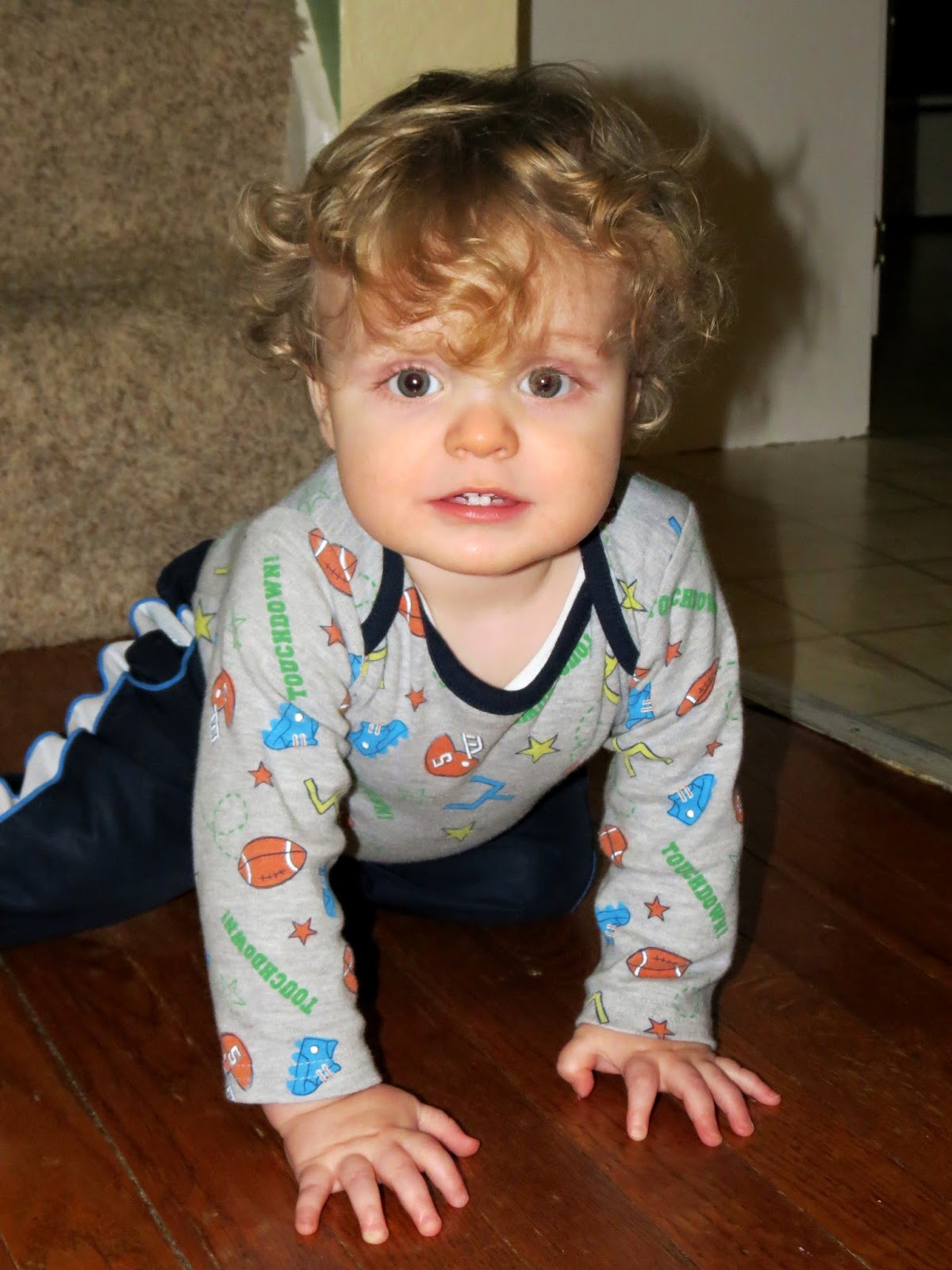 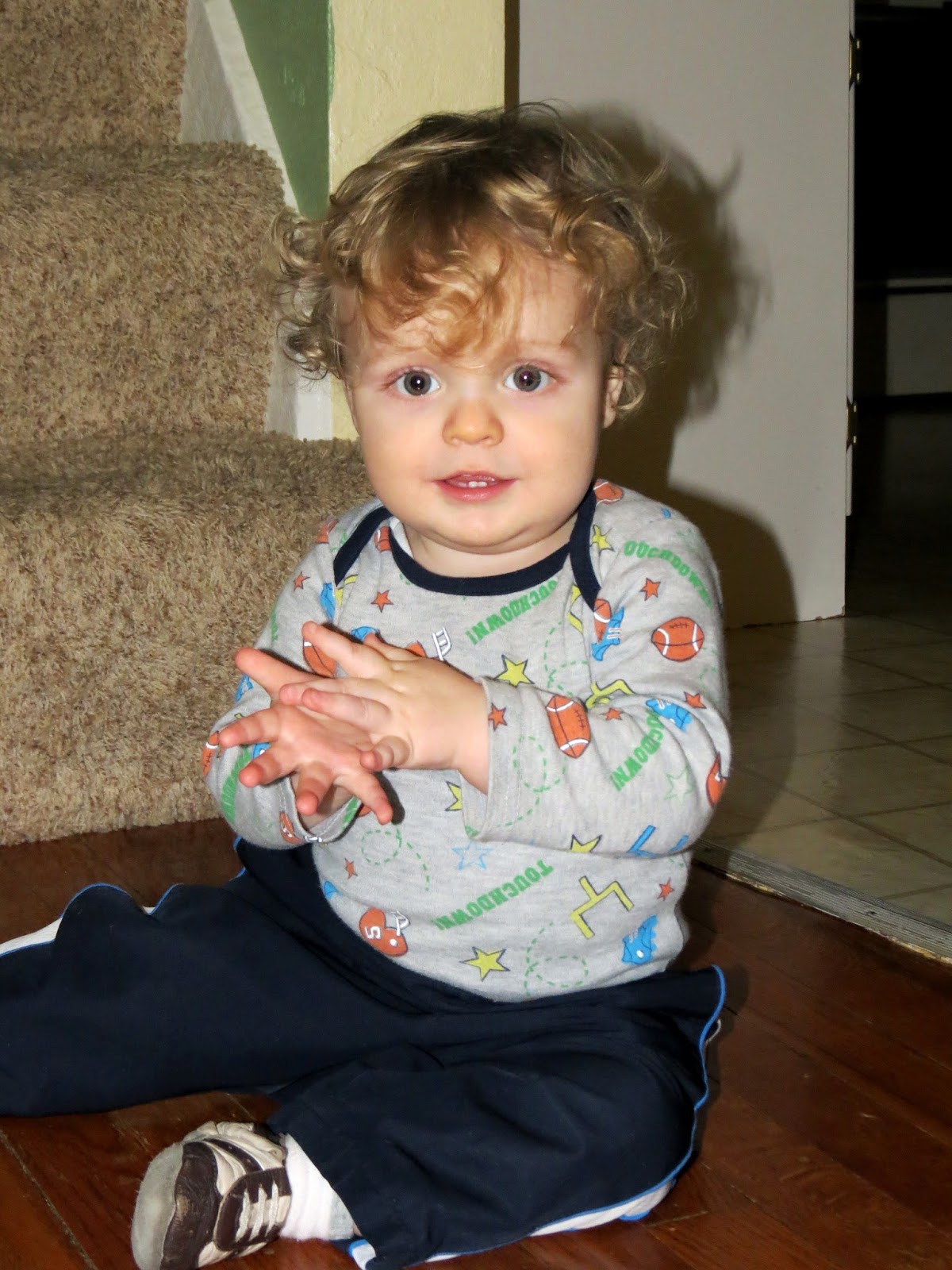 He still takes two approximately hour-and-a-half to two-hour naps a day, one in the morning and a second in the afternoon, and sleeps twelve hours a night from 7:30 pm to 7:30 am.  His favorite activity is playing ball, but he also spends a lot of time with his books and in our play kitchen and loves to splash in the water and go for walks.  He's not walking himself yet.  He doesn't seem interested; although, he loves to try when encouraged.  We're not in any hurry for him to do so, though.  He keeps us on our toes enough just with crawling to get himself around, and he's such a tiny, little thing that it's really no trouble to tote him around, which he still prefers to his stroller.  Oh!  And he's uber good at repeating words.  So, I guess we'd better be careful what we say.  Huh ;)?  He doesn't string them together cohesively and uses them super randomly (I guess just when he's feeling it.  Like yesterday, when my phone rang, as soon as I picked it up and before I could say a thing, he said, "hi."), but he can talk and is getting super good at signing (and, unfortunately, whining) to communicate his needs. 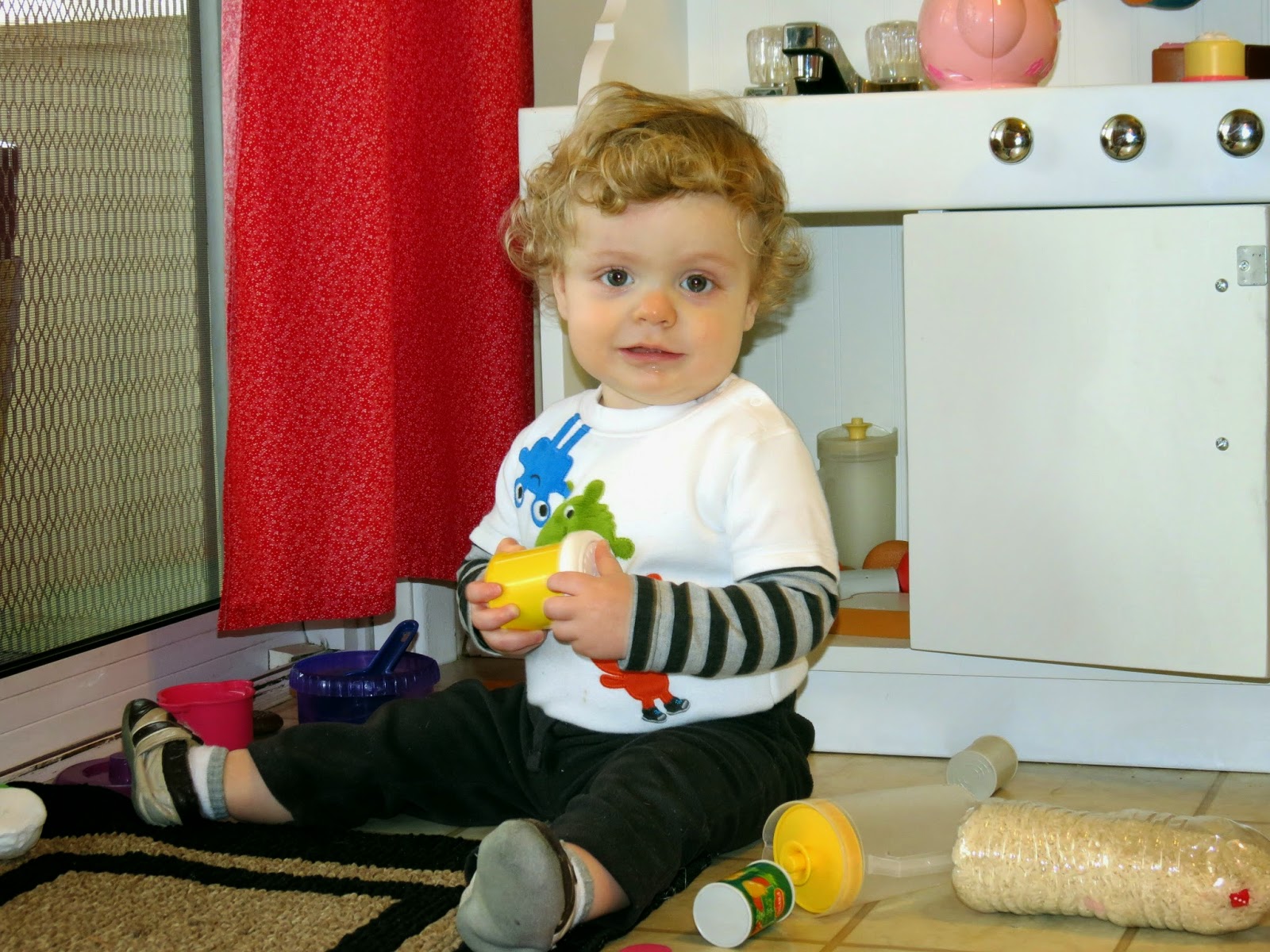 They keep me busy, friends; and I, without a doubt, need more breaks/naps than I'll ever get, but I cannot imagine life without them and thank the Lord for every day He's gifted me as their mother.  Thanks so much for checking in on us!  Have a wonderful week!
Posted by Jinny Newlin at 7:00 AM

What a great family update and super photos ... Your Kiddies are so adorable!!

Thanks for sharing your family with us! Your older son looks so big in that top picture of him. Love how he is smiling at you!!

Wonderful weekend! So glad everyone had a good week. They all look so happy!

Oh! Such a sweet family! Glad to hear that everyone is well. xo

Lots of wonderful photos! Looks like great times with basketball for Ezekiel and Adina! And, little Kaden is just so adorable!

It's great to see your family is doing so well Jinny.
Your little boy has changed so much!
Hugs~

My kids used to LOVE the AWANA games, they did them every year when they were young. LOVE that you captured this!!