Good afternoon, y'all!  While I've shared photos of some of our bigger activities recently, it's been nearly two months since I've done any kind of a family update.  So, while my littles are resting and Ezekiel is busy finishing up his seatwork, and as the rain is pitter-pattering against the windows, I thought I'd take a break from a DT assignment to do just that.  Let's begin with a quick selfie just to help Ezekiel and I remember a fun, stress-free afternoon together. 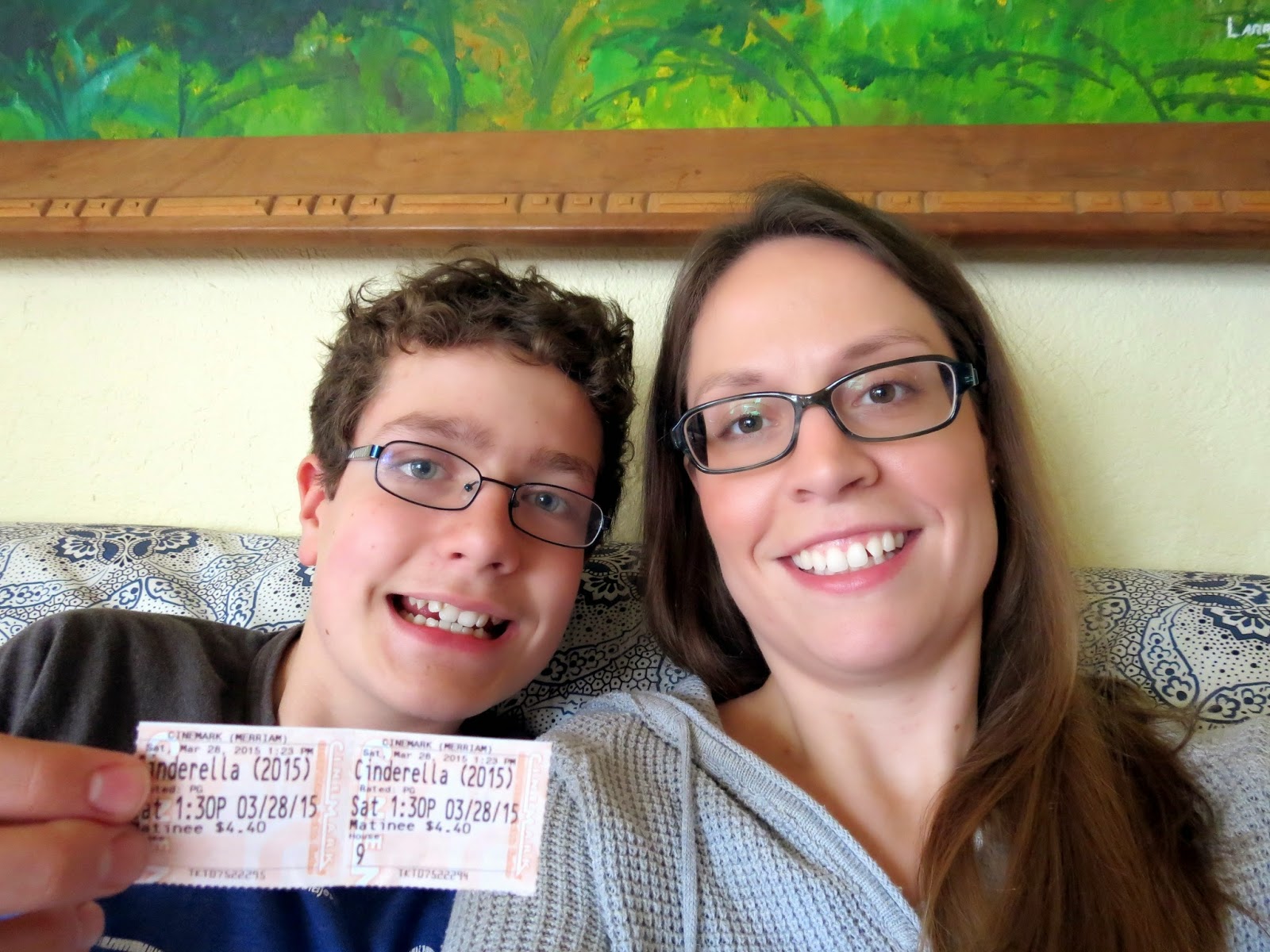 He's been super busy with baseball practices and games.  Unfortunately, a lot of his games have begun super late at night, like bedtime for Adina and Kaden.  So, I've only gotten to attend a small handful, and it doesn't look as though that is going to change much throughout the summer.  Such a bummer!  But I have managed to get a few good shots of him at the games I was able to attend.  Gosh, I love to watch him play!  He mostly plays first base, but once in a while, like in the photos below, you'll catch him at third, and he loves to steal bases.  So funny! 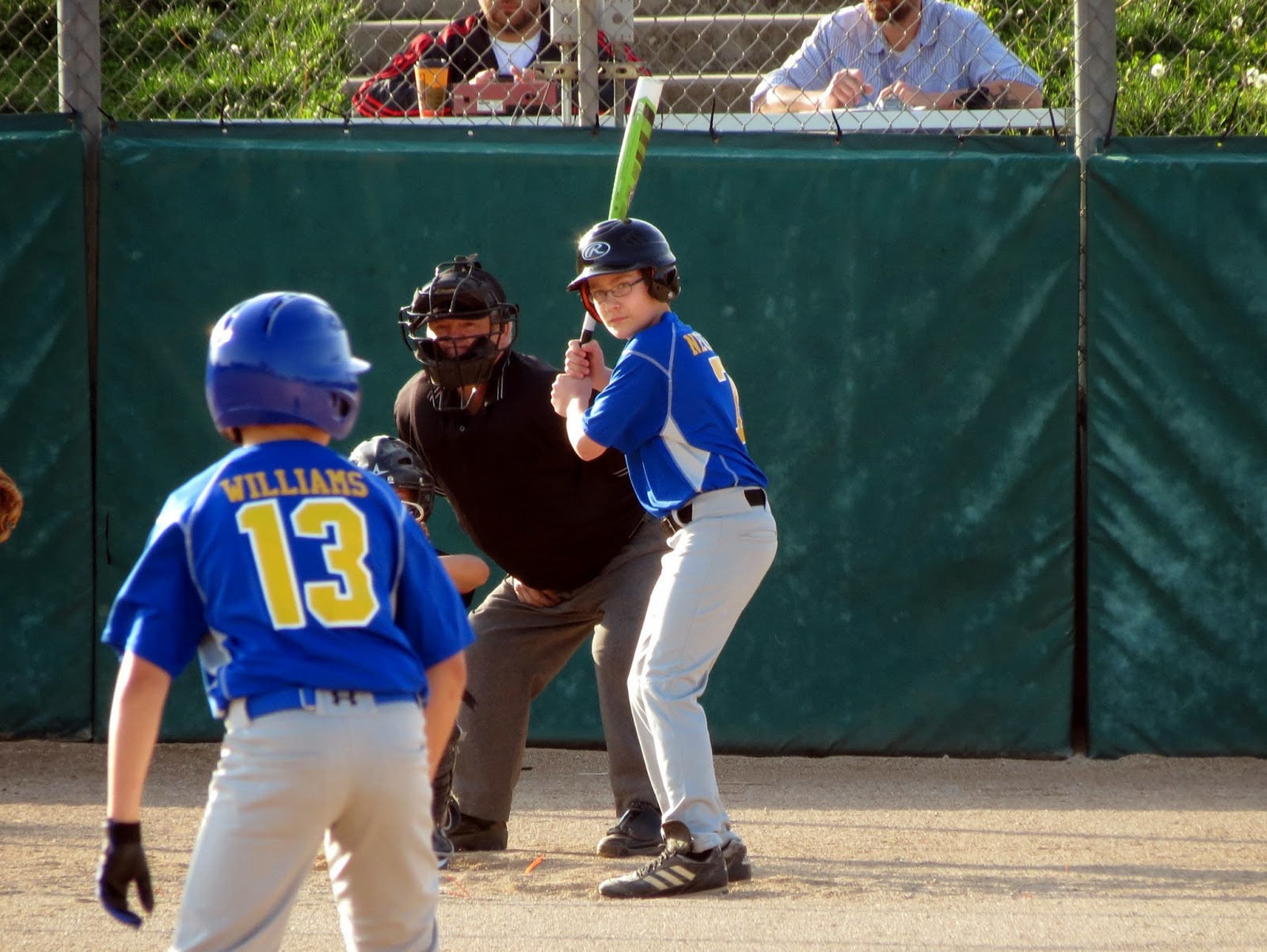 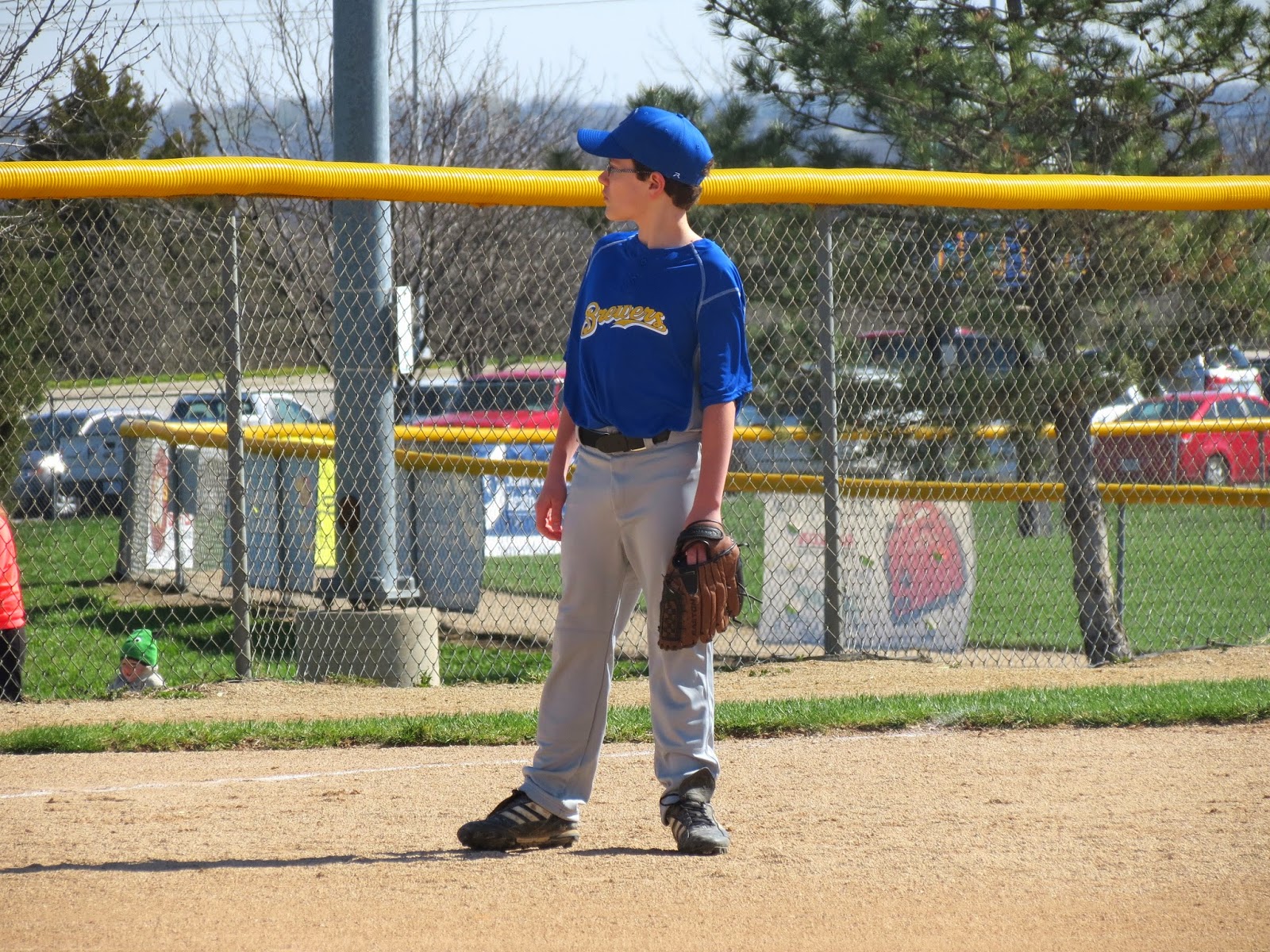 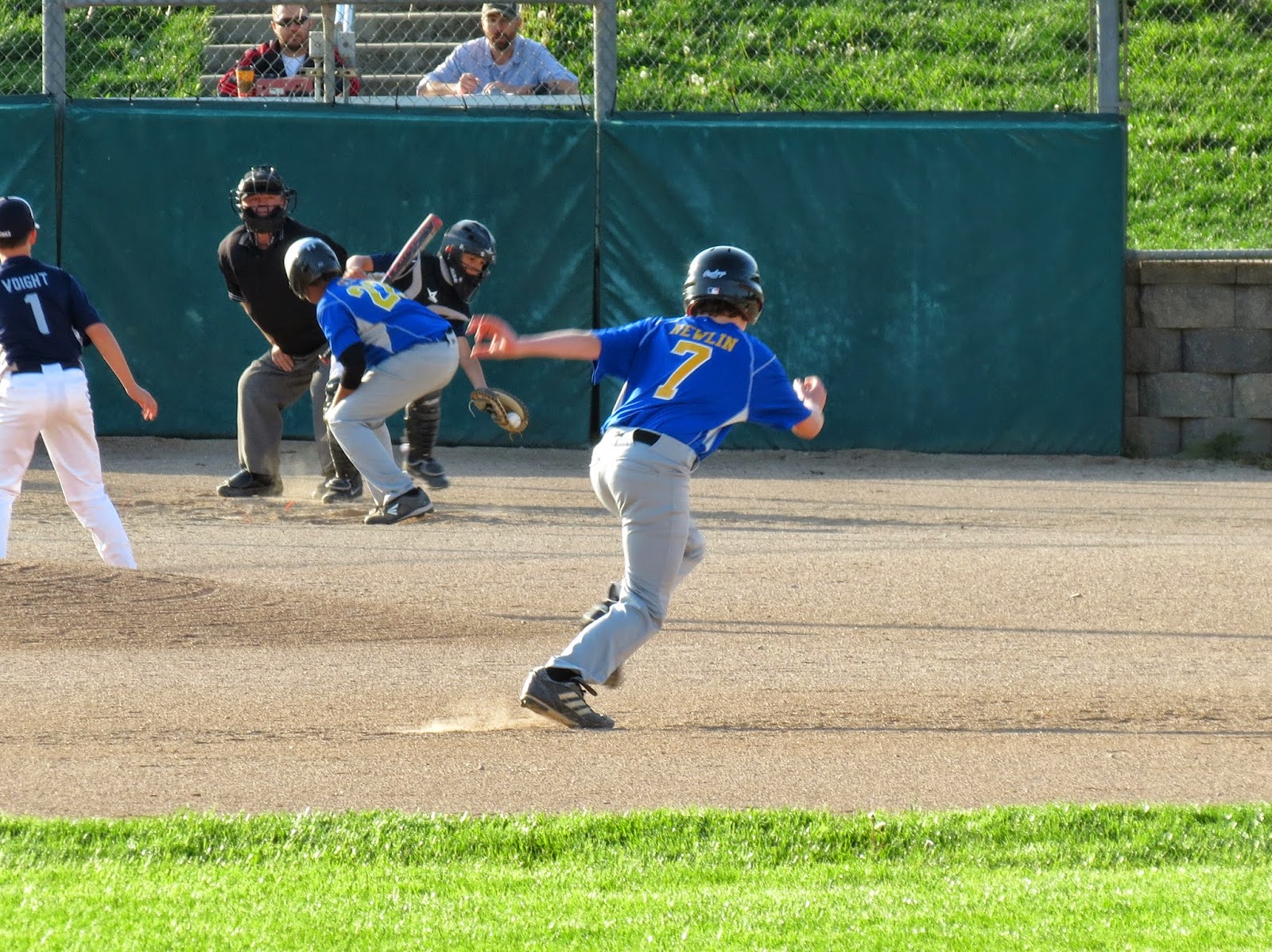 Aside from our studies, which we'll be finishing up the middle of next week... 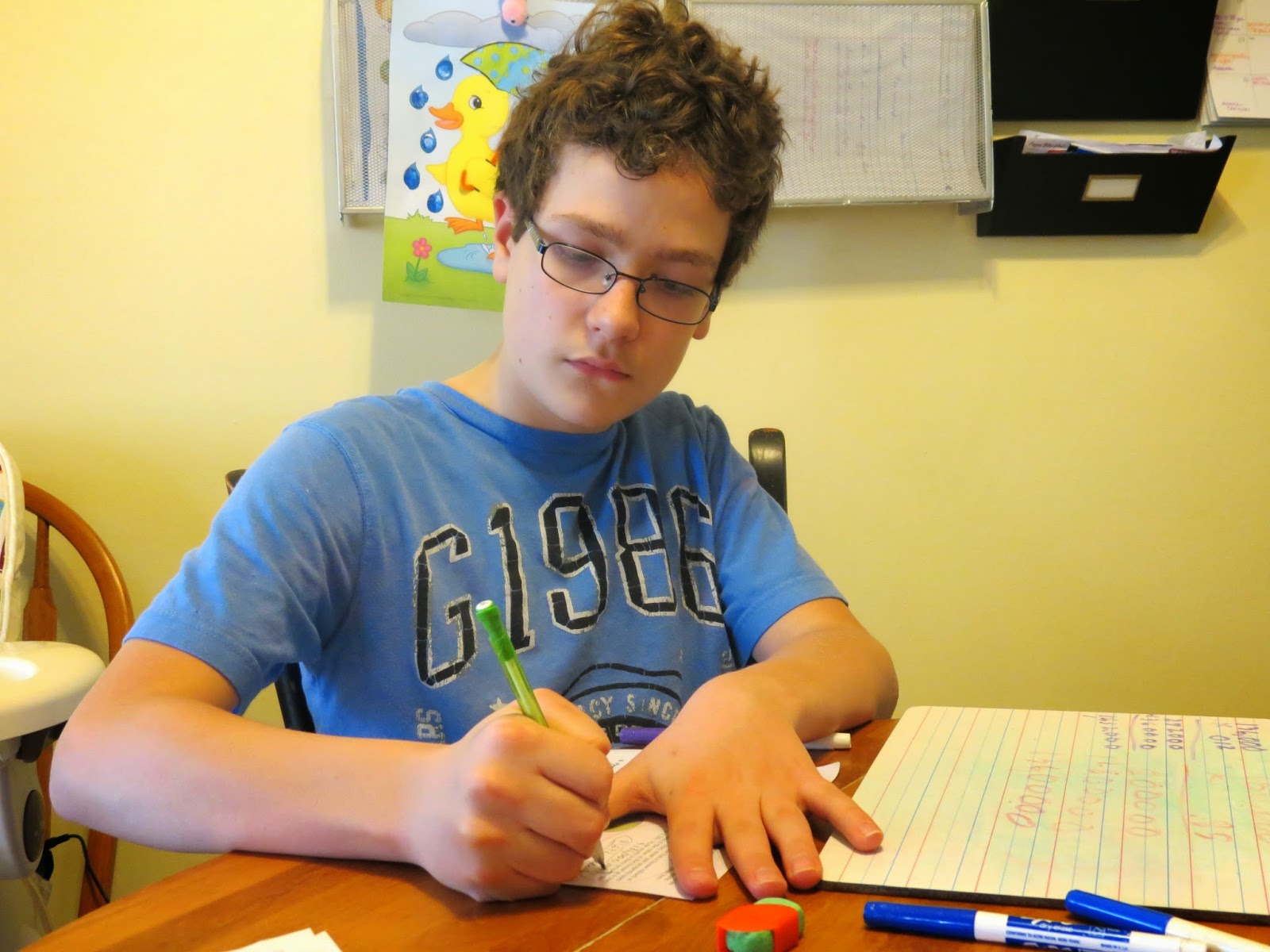 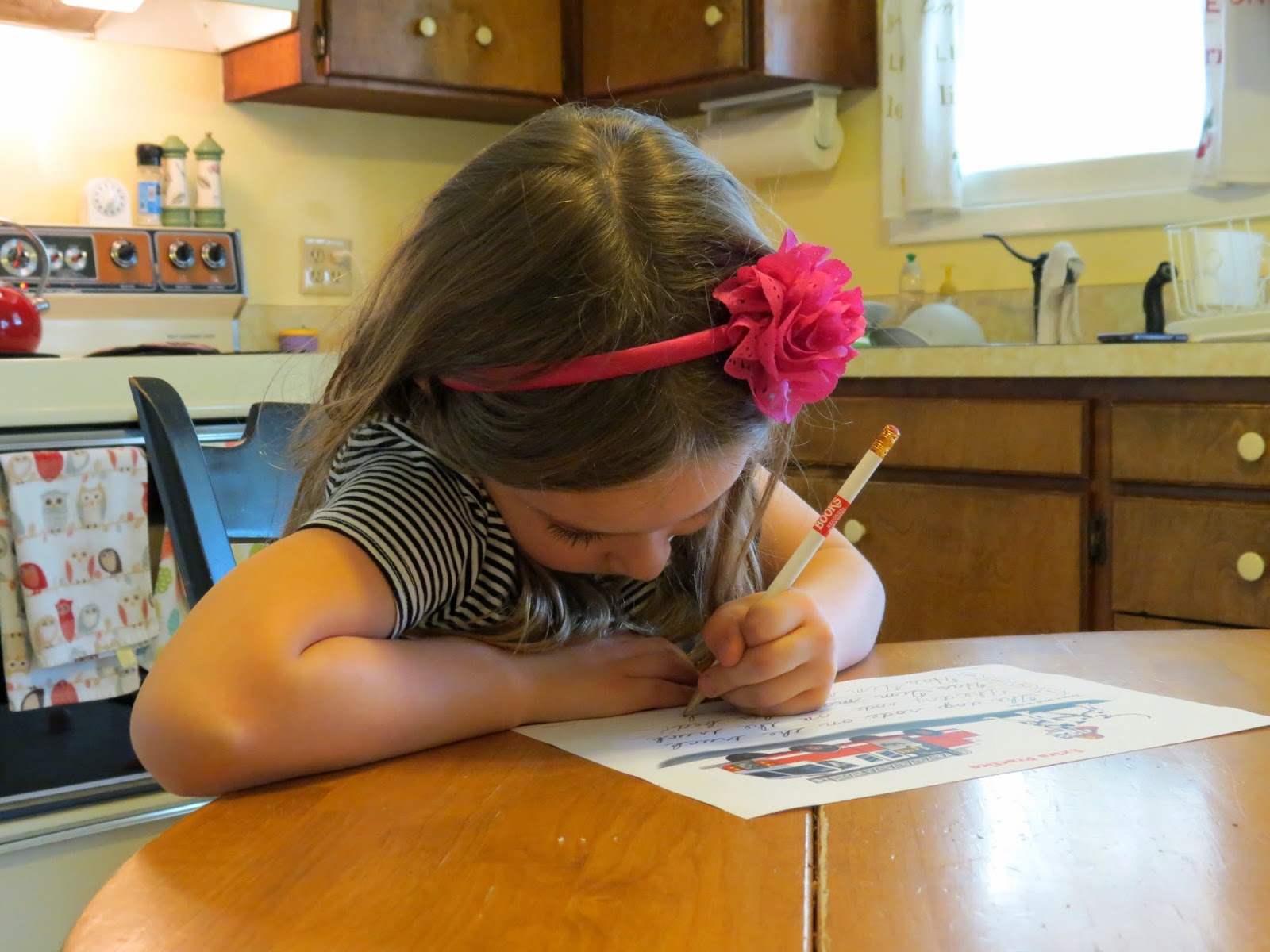 we've spent a lot of time enjoying the outdoors, going for walks, and playing at the park.  I'd be totally okay with 70 degree temperatures all year round.  Our house triples in size when my kiddos have the yard to run and play in without freezing their buns off or breaking a sweat.  But then again, I'd really miss the snow, and I'm such a baby when the swimming pool/lake water is too cold. 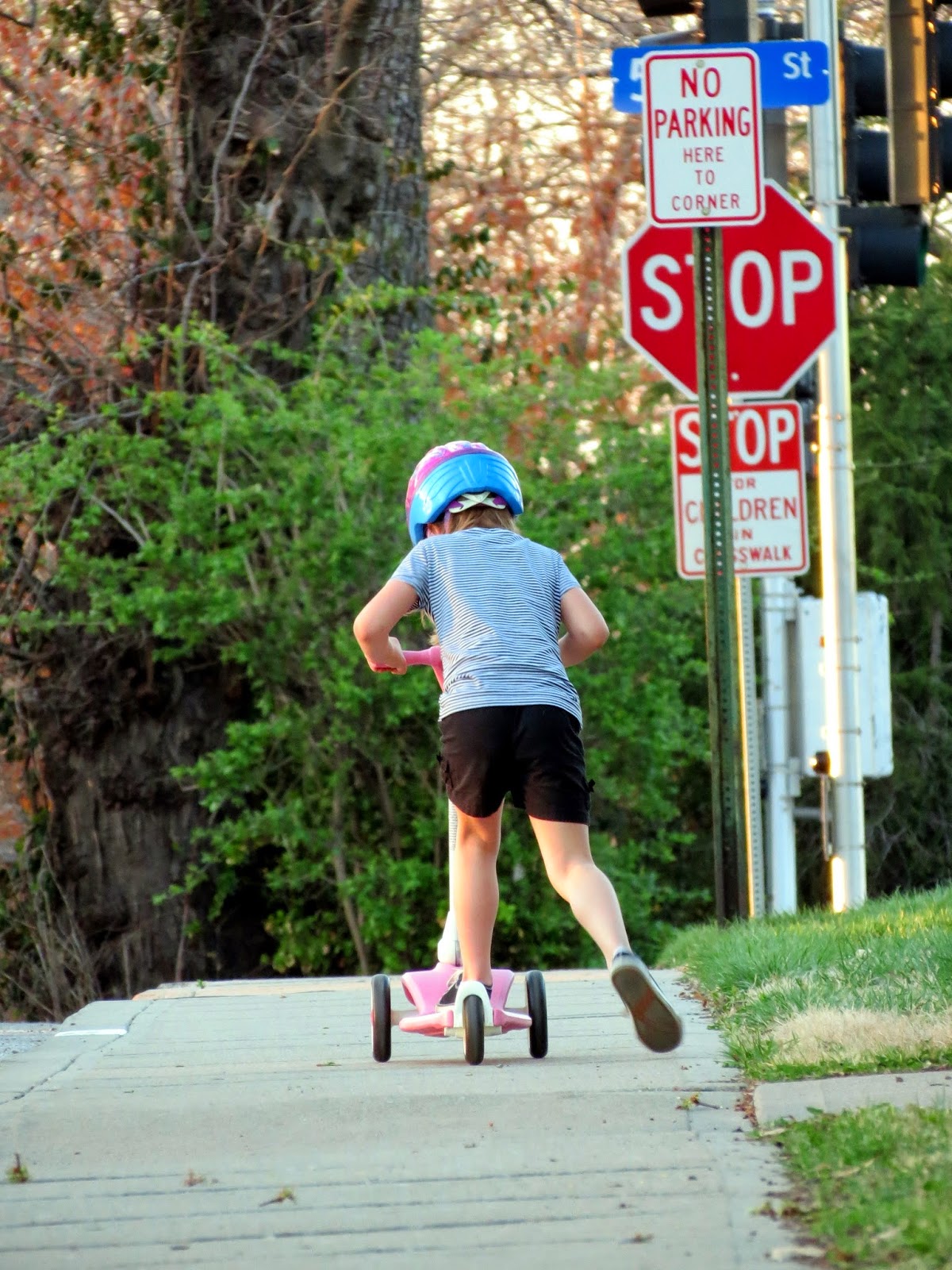 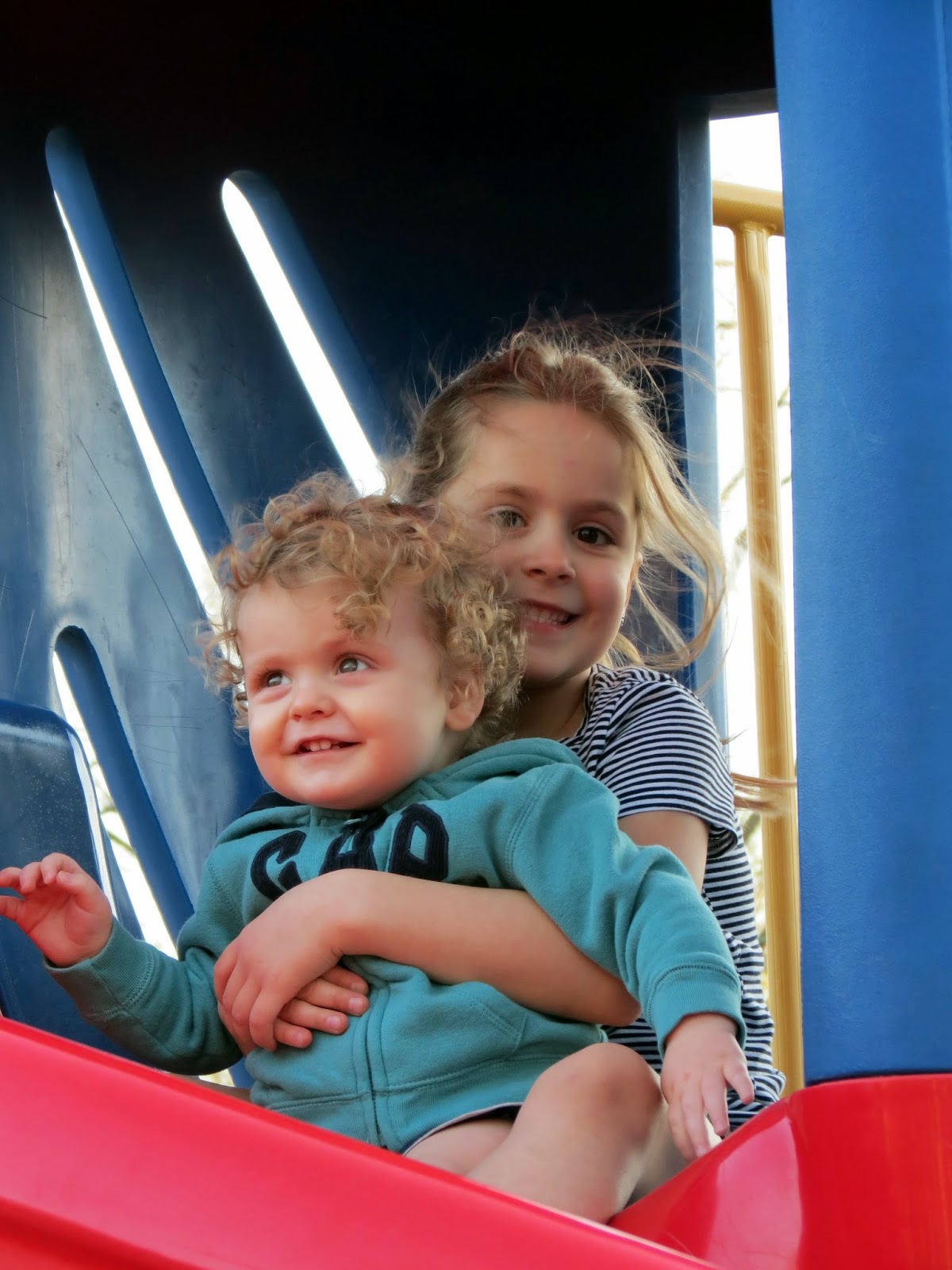 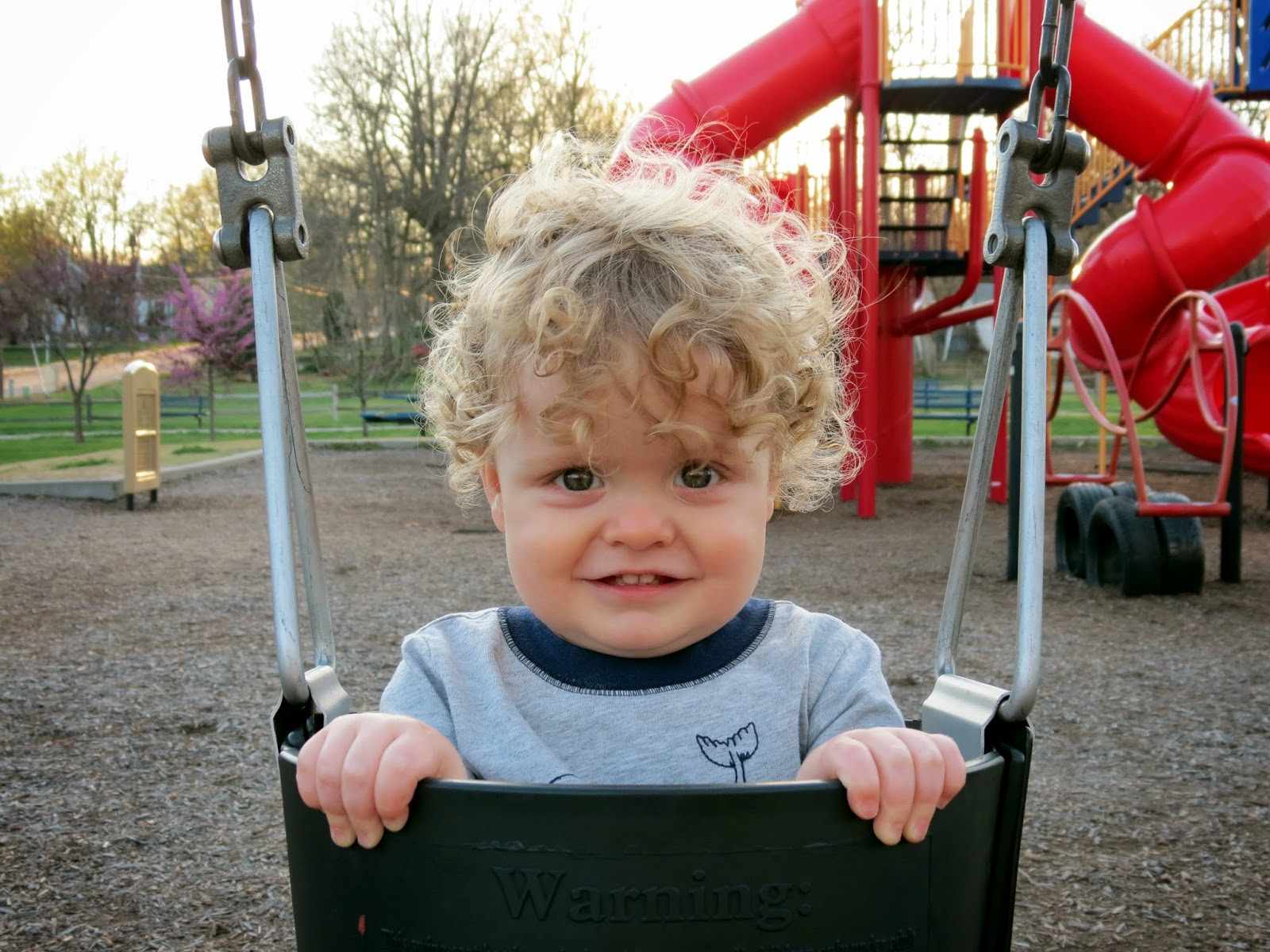 My hubby is getting good at spoiling us with Saturday morning pancakes... 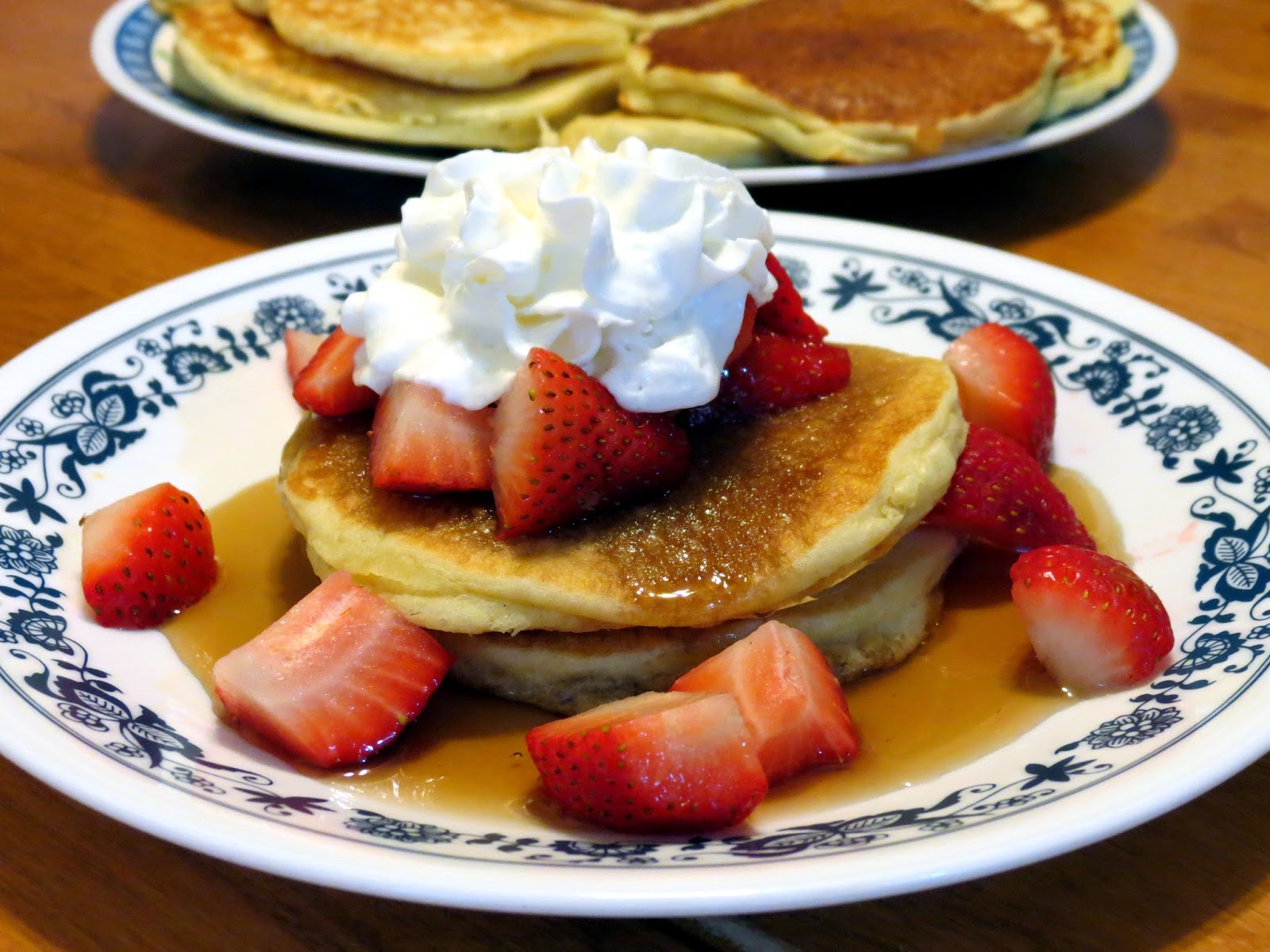 and I found a Blueberry Lemon Baked Oatmeal recipe that has won over my entire family. 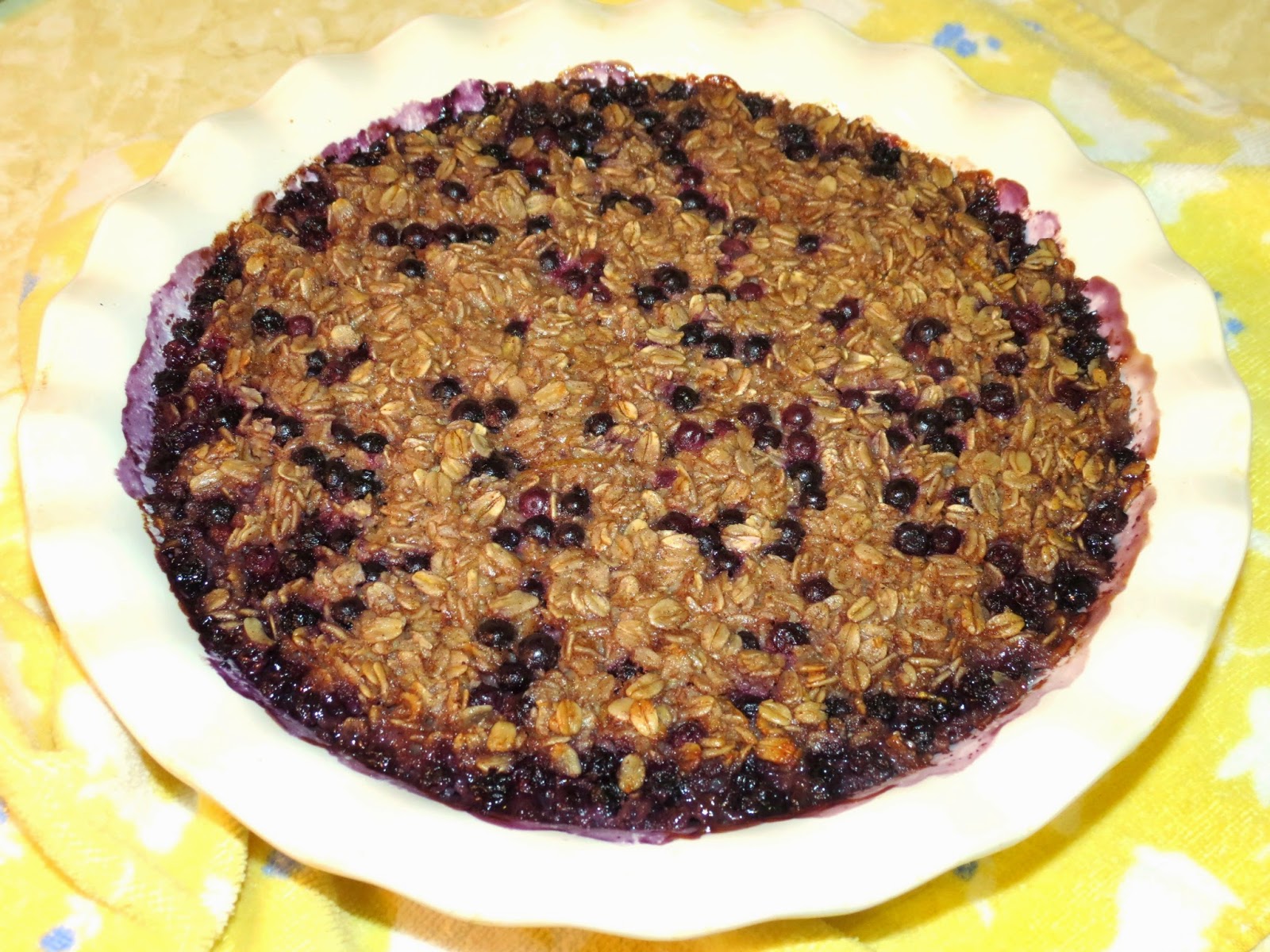 We also picked up another batch of cupcakes from Kansas City Cupcake Company (Yum!)... 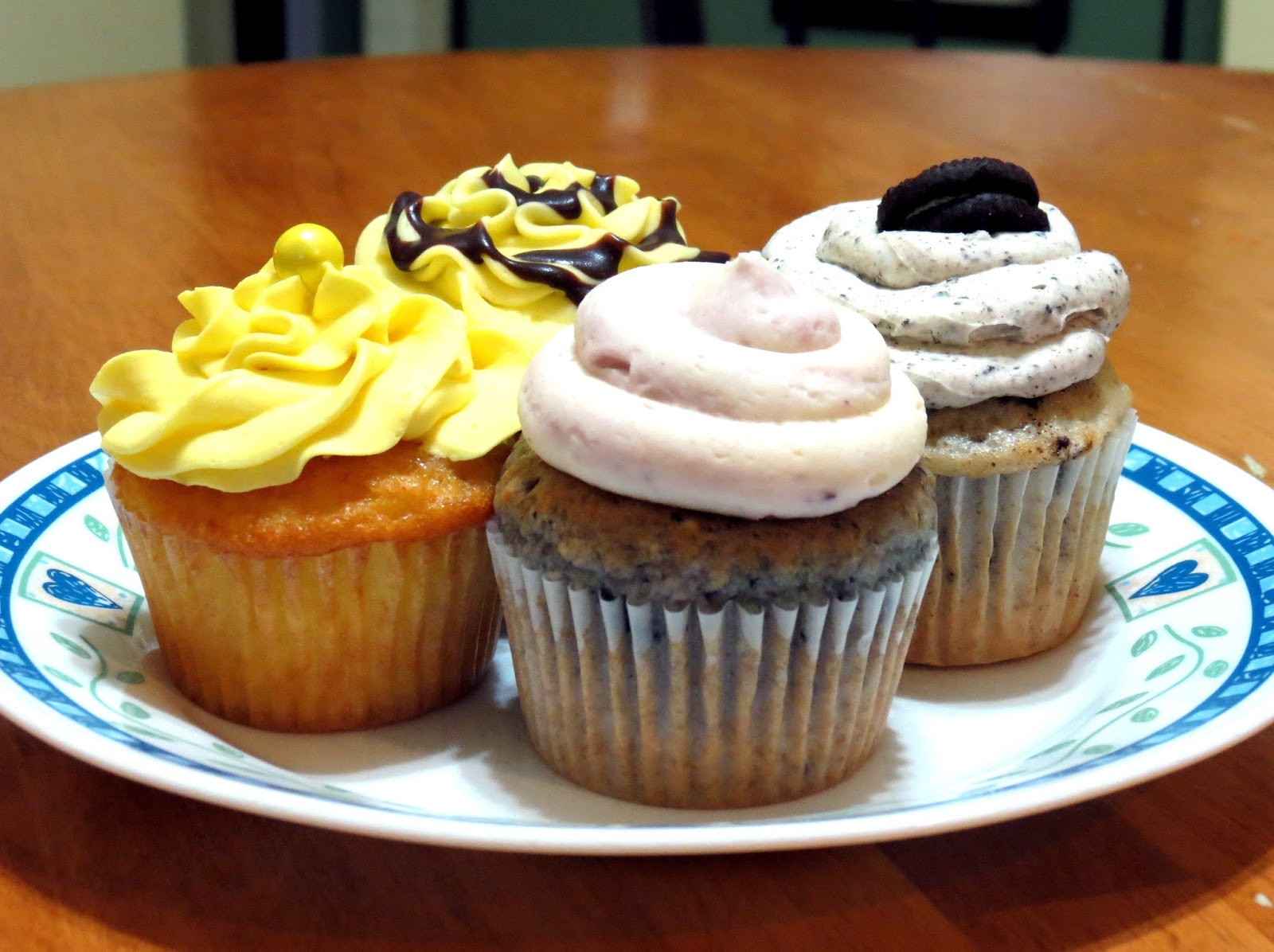 and Kaden had his first popsicle.  We love Outshine bars!  He had his 15-month well-child checkup this morning.  He's still trudging along in the 19th percentile in weight, but he did rise to the 32nd percentile in height.  We also found out that he has an ear infection.  I had no idea!  He cries quite a bit when he's not being held or not with Mommy and/or Daddy.  He's also getting his molars.  So, we just assumed his irritability was due to that, especially because he's had so much pain with his other teeth.  He hasn't been running a fever, and he hasn't tugged at his ears at all, which I'm told is a telltale sign of an infection.  Anyway, he's taking medication for it now.  Poor little guy! 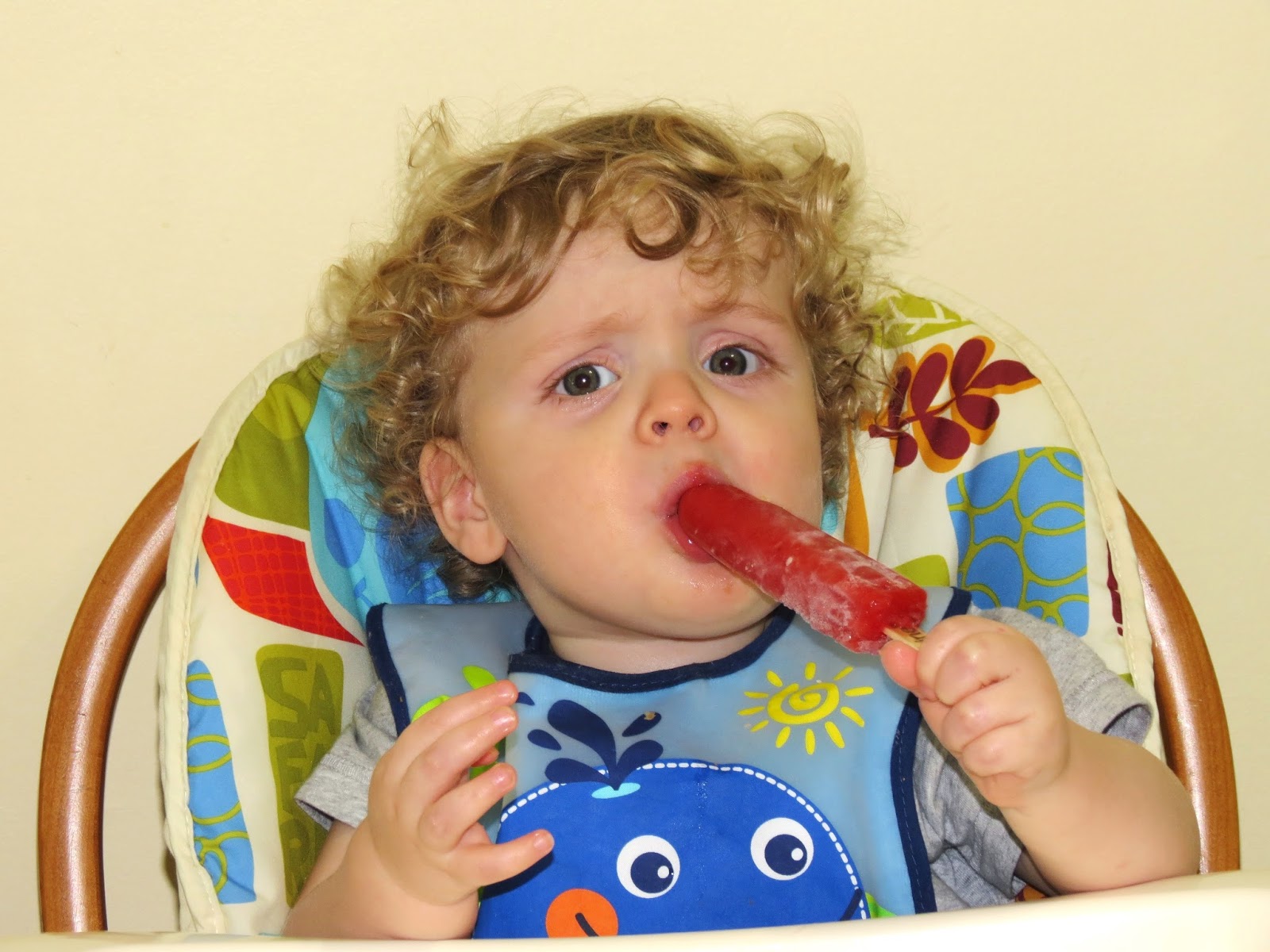 He's also been loving using my Tupperware bowl carrier as a necklace. 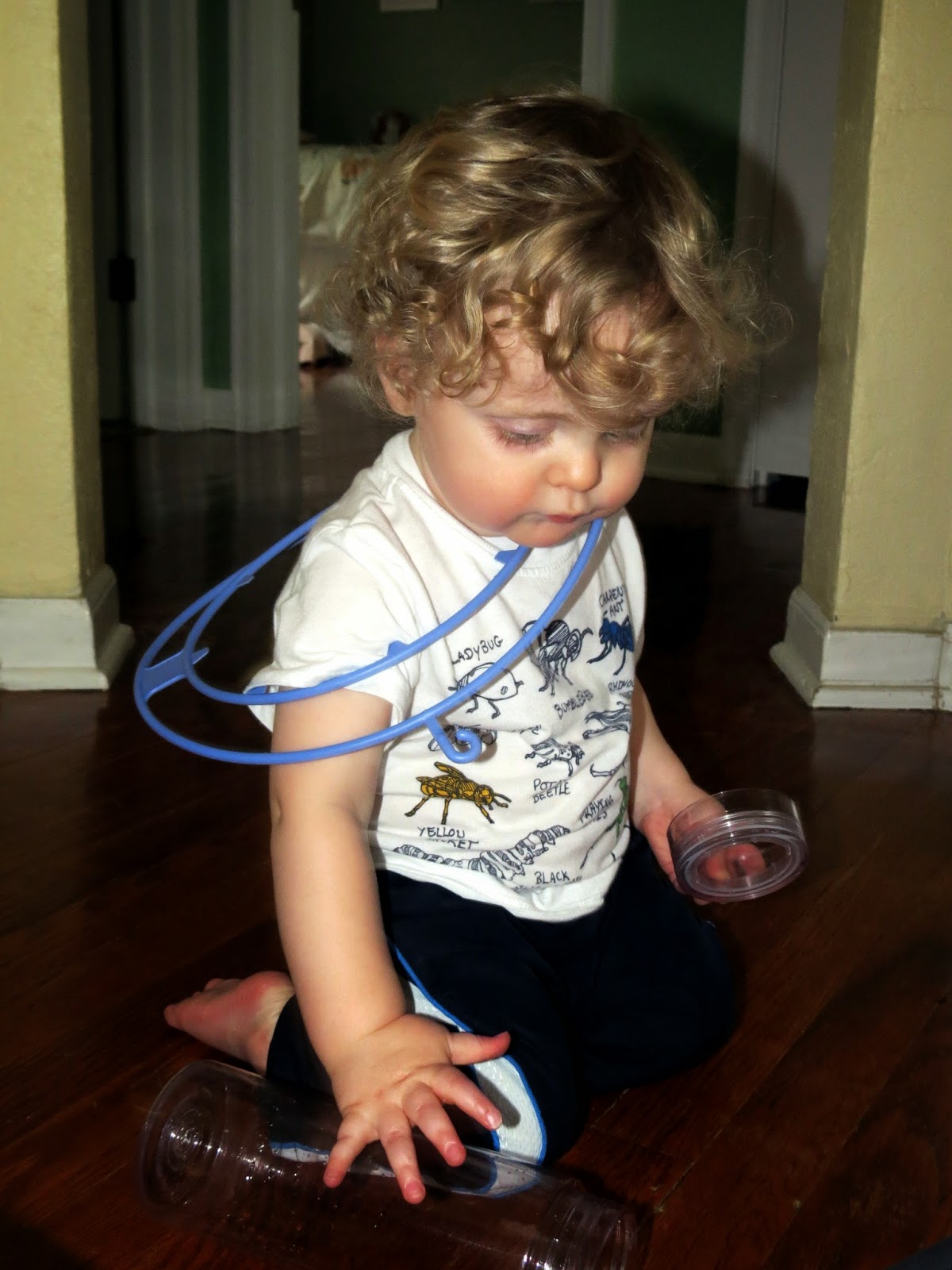 I had to throw in a pic of Adina, from way back in January of 2010, just because she loved it, too, when she was about the same age.  I cannot believe how much Kaden looks like her then and now. 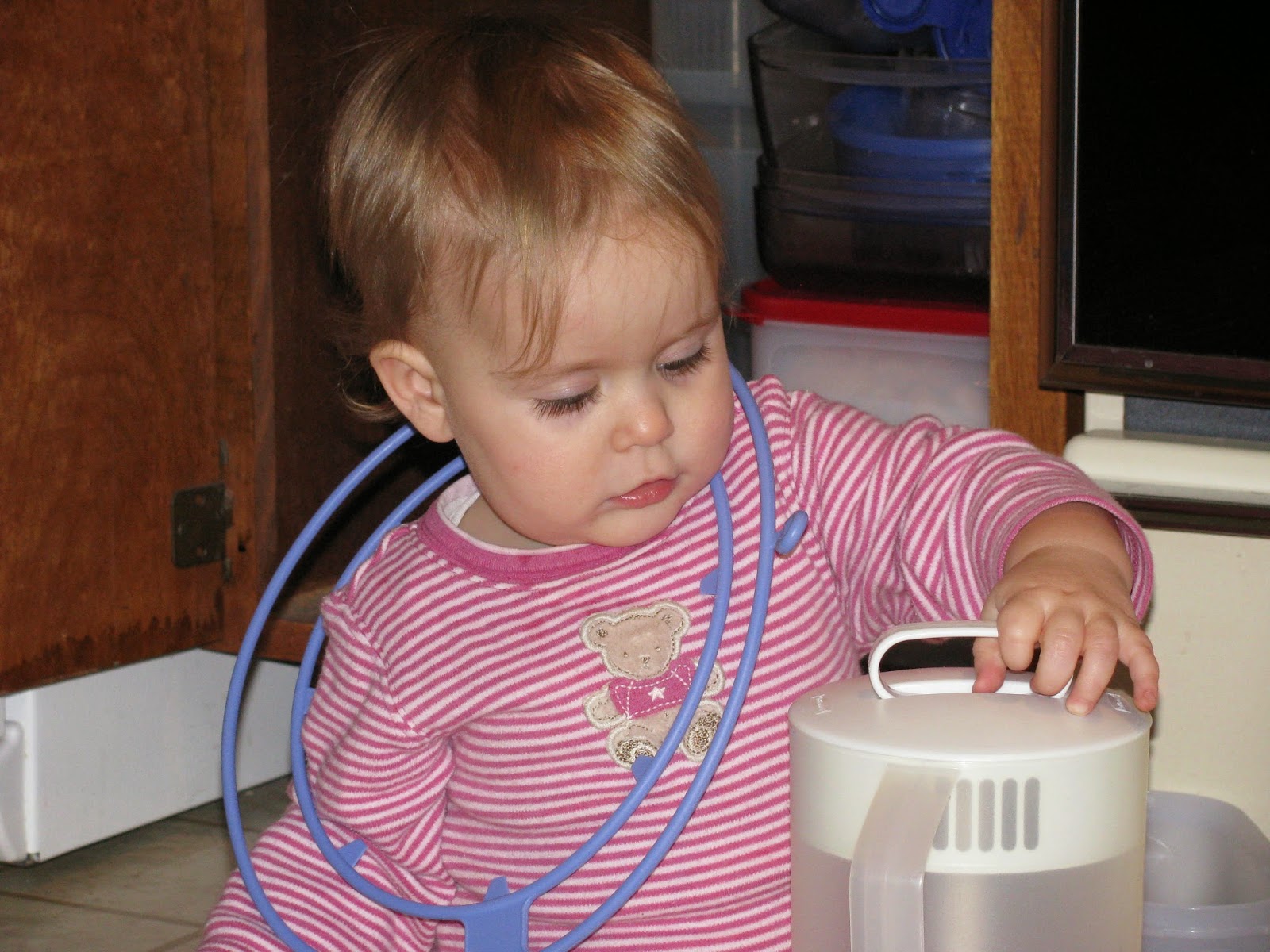 Adina had a sweet friend over to play last weekend.  They're new friends due to a recent move into our neck of the woods, but her mom and dad are old friends of me and my hubby's. 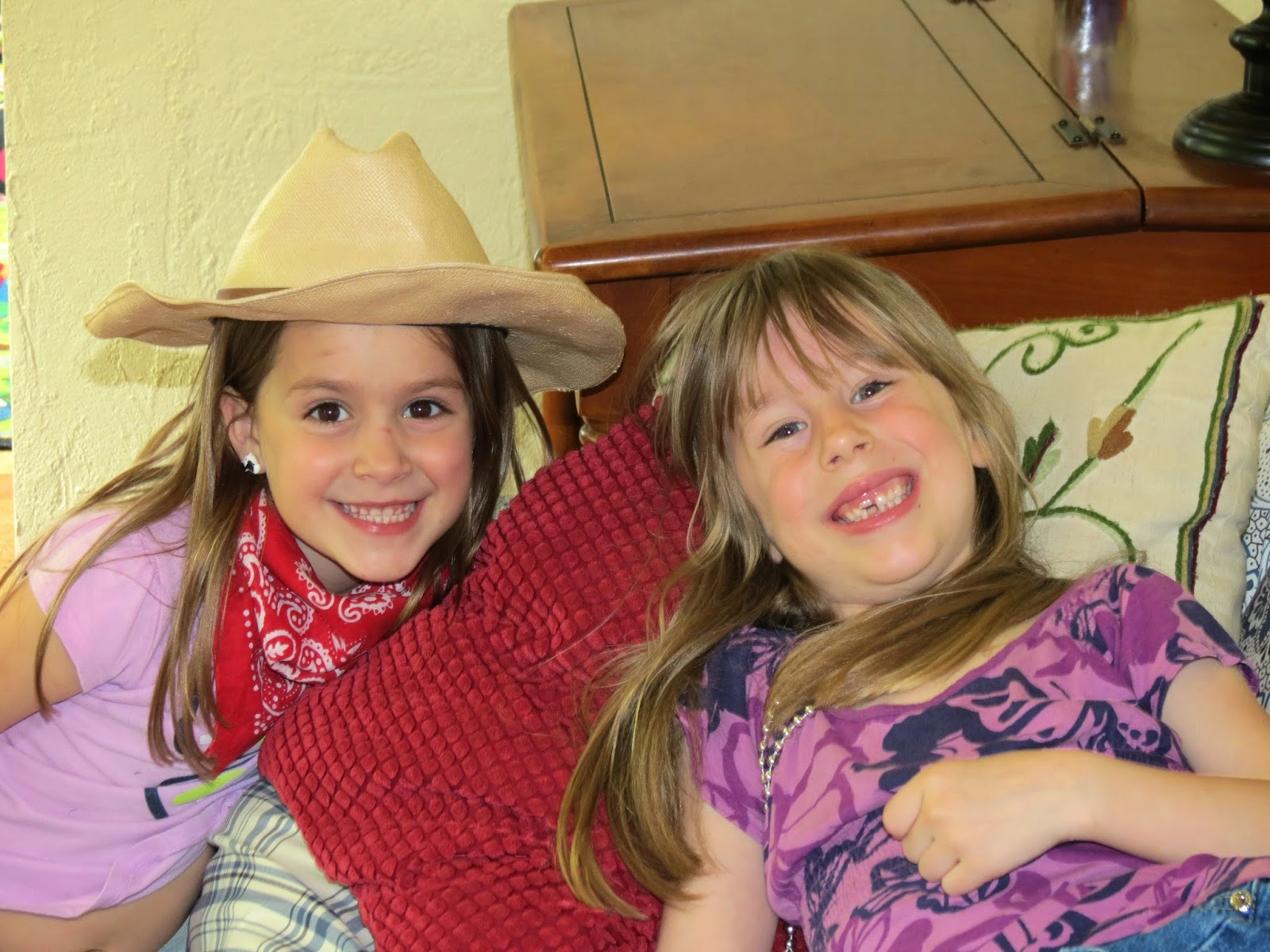 Ezekiel and Adina had their Awana Awards Ceremony on Sunday.  Adina completed her first year of Sparks... 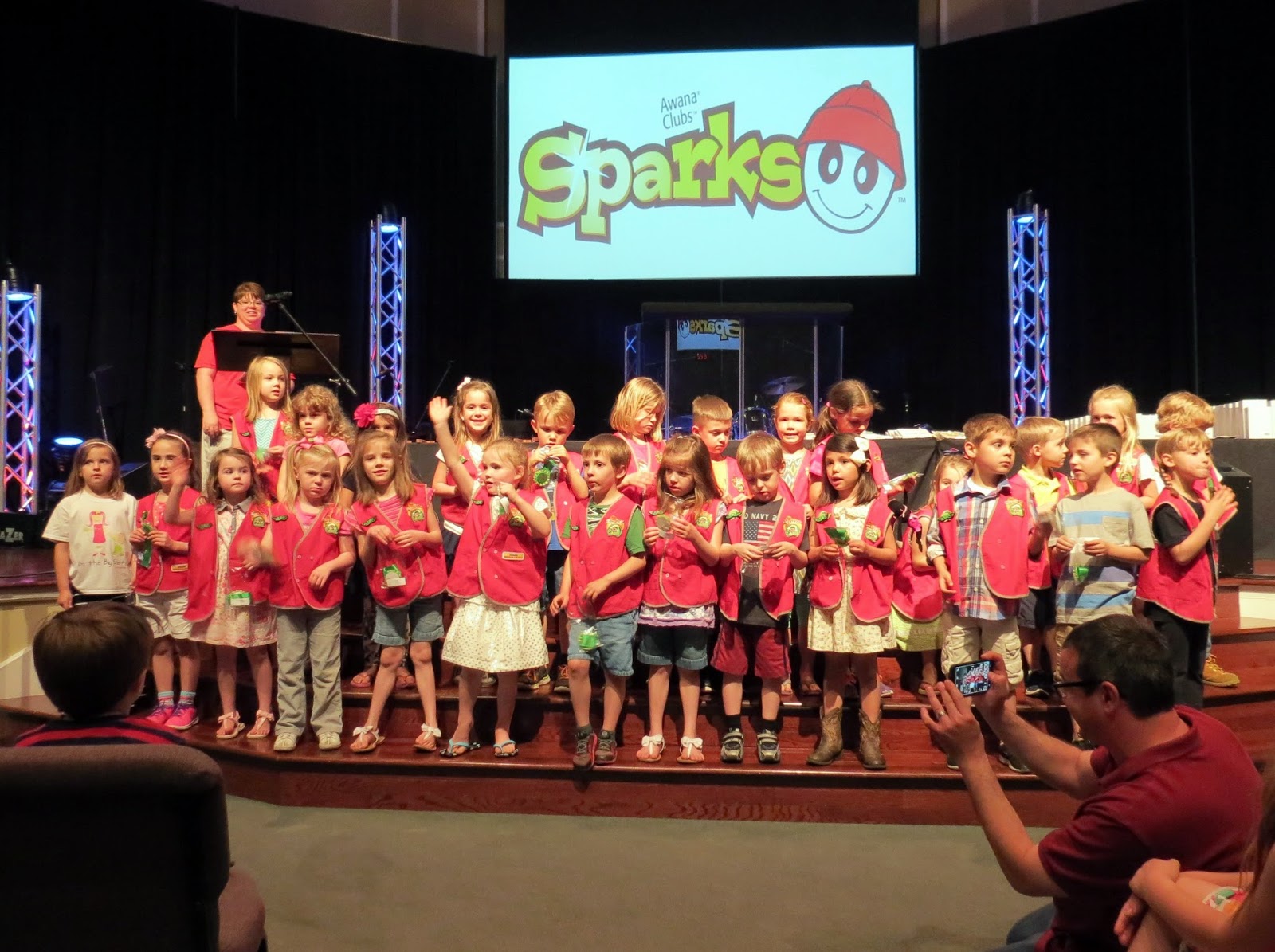 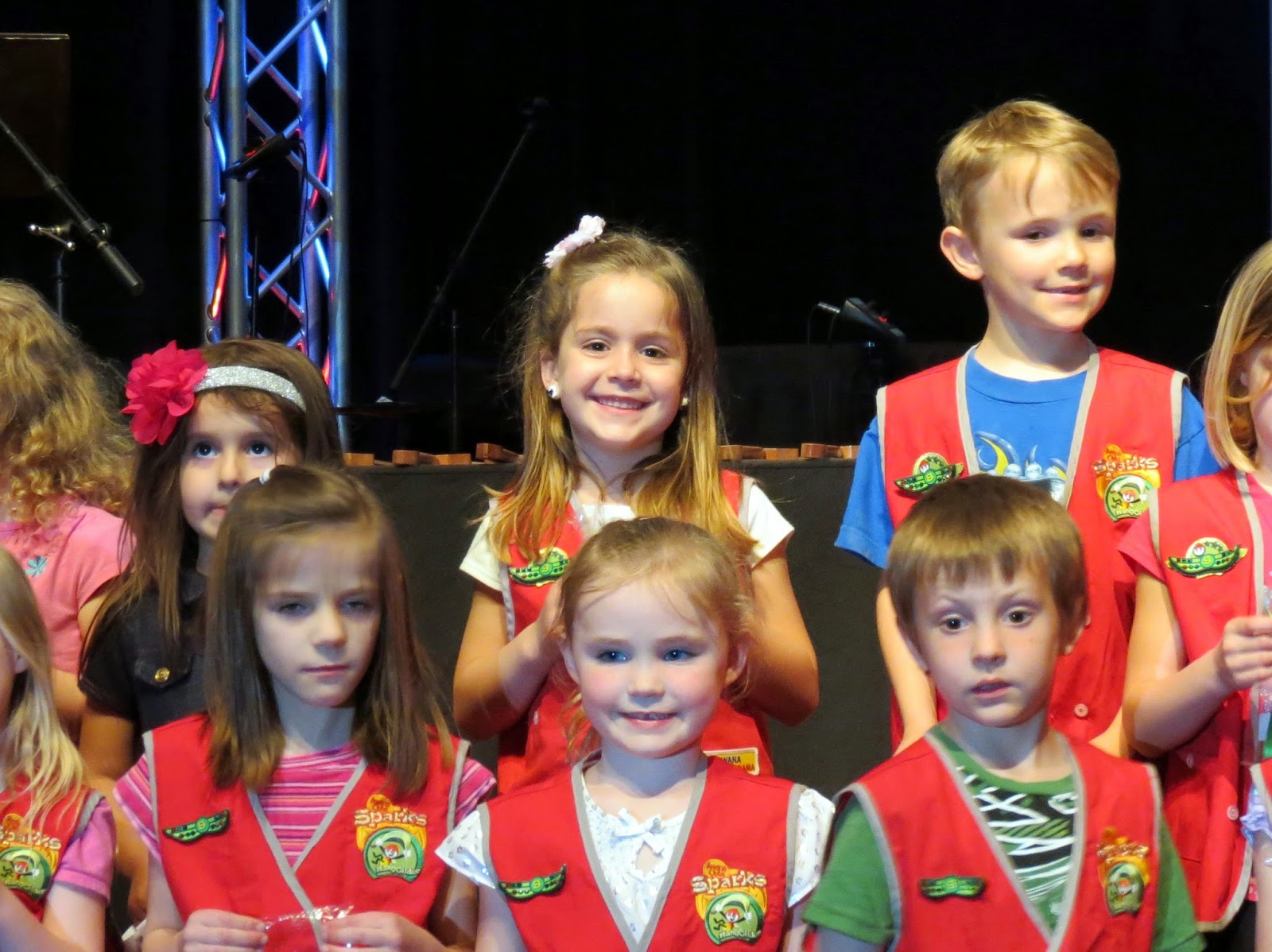 and Ezekiel completed his fourth of Truth and Training to receive his Timothy Award.  That means that Adina memorized 36 verses this year alone and Ezekiel memorized 133.  I'm such a proud Mommy! 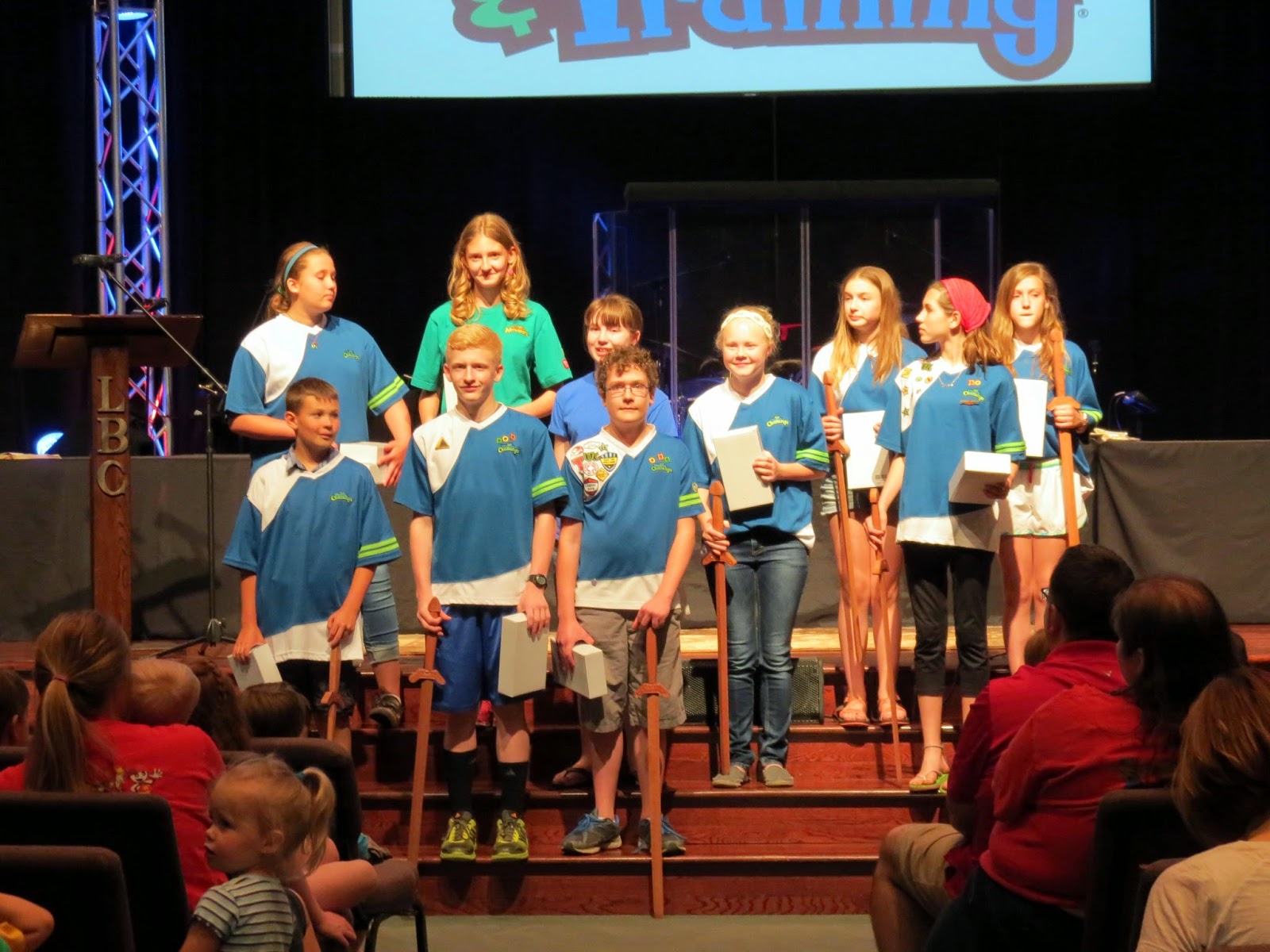 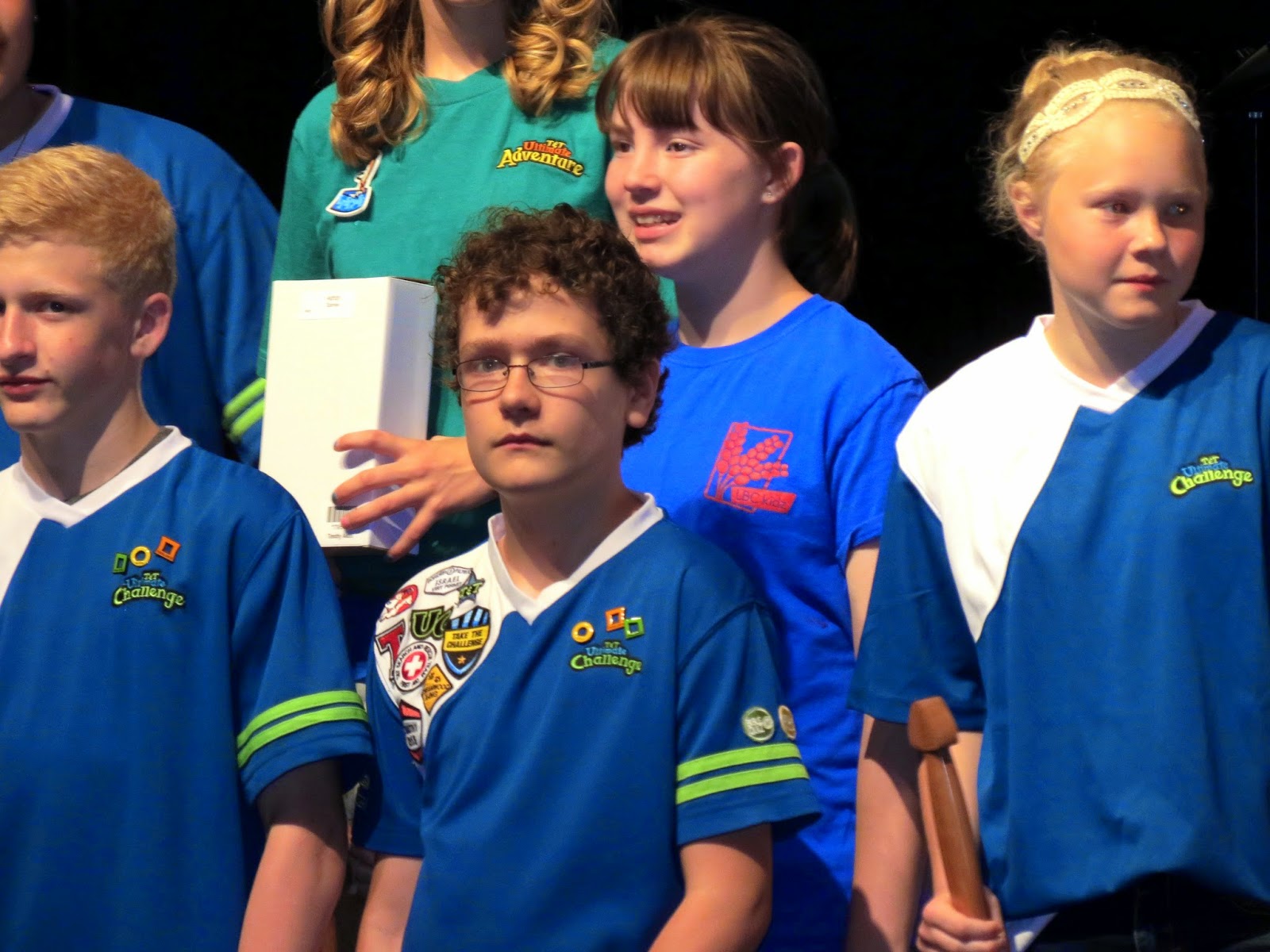 Oh, and we got all of our vegetables planted.  Yay!  I've also been moving around a few plants that need more sunlight, replacing others that didn't make it through the winter (I really should stop waiting for plants to go on sale in the fall and just pay full-price in the spring.  After I've paid for them two or three times over, I'm paying full-price anyway.  Ugh!), and tossing a handful of annuals into the perennial mixes.  LOVE my gardens!  Okay, so I started this post this afternoon, but it's much later than that now that I'm finally getting around to actually posting it.  I really must get back to work.  LOL!  Thanks so much for checking in on us!  Have a great night!
Posted by Jinny Newlin at 8:37 PM

Looks and sounds like everyone is doing great! Well, with the exception of little Kaden's ear infection. The same thing happened to Penelope. No tugging, no fever, but she had one too. Karen's curls always make me smile! Sweet photo of Adina and her cutie pie friend! And Mr. Ezekiel is looking more like BJ everyday!!

It's always lovely to see your family catch up posts ... I too could live with higher temperatures ... It's been pretty wet windy and cold here!
Glad all is ging well ... Enjoy your week

Loving all the photos ... I am LOVING the tupperware lid ones!! They do LOOK so much alike!!! I hope his ear infection is better soon!!!!!!

Wonderful update! You guys are busy!!!