Happy Monday, friends!  I just wanted to stop in to share a few pics of last night's lunar eclipse from its viewpoint in my neck of the woods.  We had our telescope out, but sadly, it doesn't have a camera in it.  I still got quite a few good photographs with my Cannon, though.  So, I'll just let the pictures do the talking. 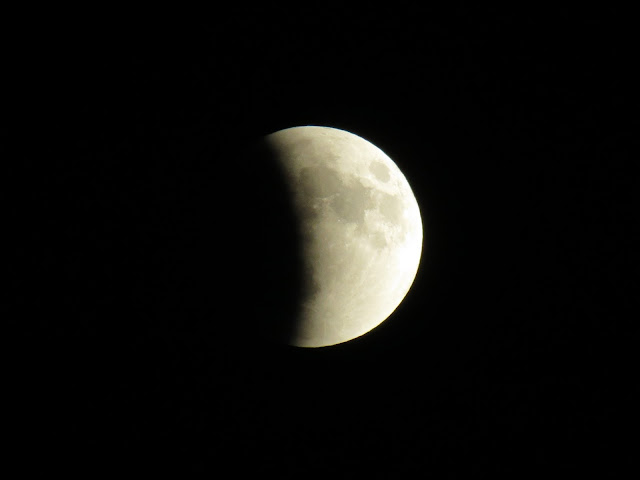 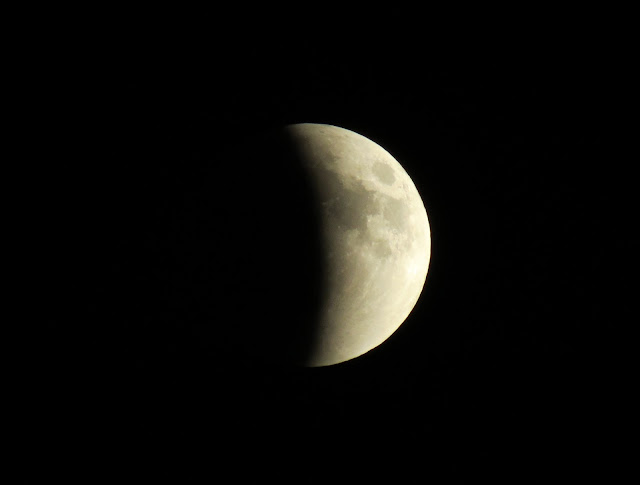 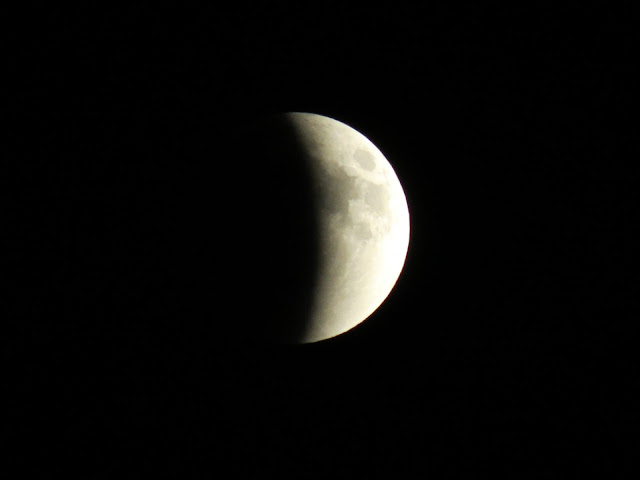 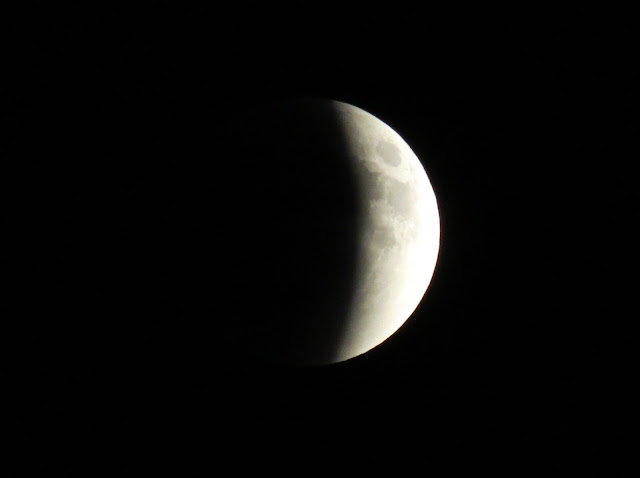 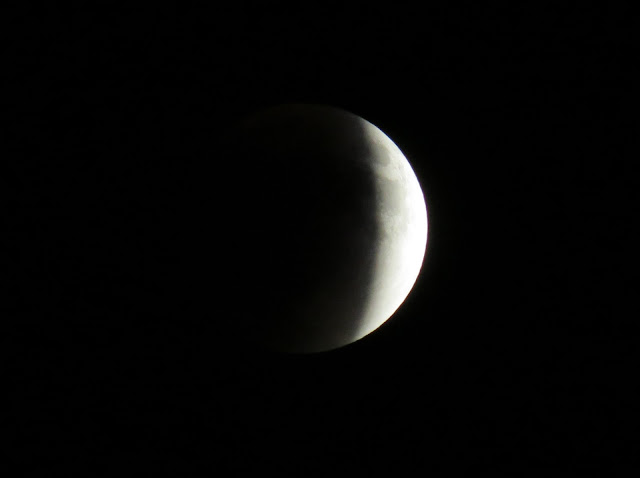 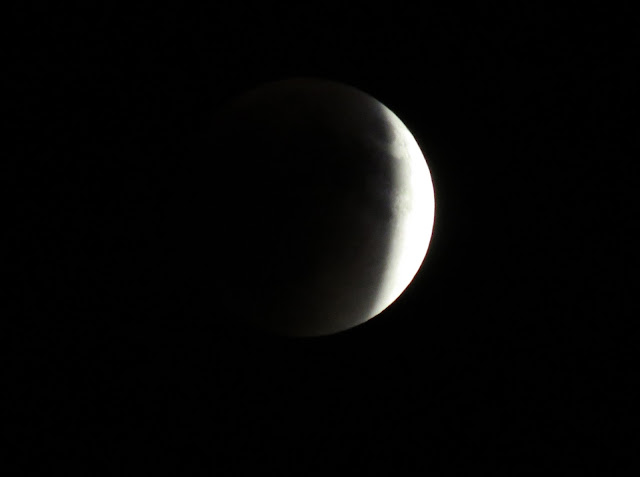 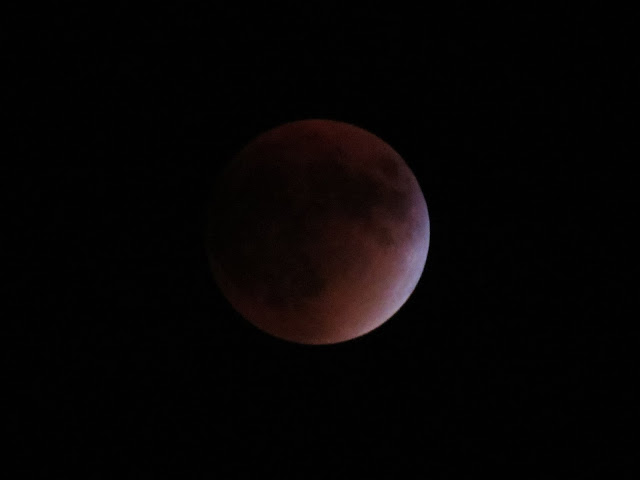 The light passing from the sun to the moon through the earth's atmosphere creates the red/pink appearance, and it was so fun at the point this last photograph was taken to see all the stars surrounding the moon through the telescope.  They're usually drown out by the glow of the moon itself.  Anyway, I know it's a little different than my normal share; but since the moon won't be at this stage again until 2033, I figured it was worth posting.  Thanks for dropping by!  Have a blessed work week!  Hugs!
Posted by Jinny Newlin at 10:31 AM

Great photos! It was so cloudy here I couldn't see a thing. :(

Fabulous photos!! Thanks for sharing!!

WOW, Jinny! WOW again! You captured some AMAZING shots of the lunar eclipse! Thank you so much for sharing them with all of us. I have a cannon - what lens did you use? We could not see any of the full moon or eclipse because of cloud cover . . . my daughter was very disappointed! I will have to show her these photos. (But my hubby and my daughter did manage to catch a glimpse of it before it slipped behind the clouds again!)

Super shots!! My brother took lots that night too!

Awesome photos! I went out that night to take a peek. And, only got a peek due to cloud cover! So, thanks so much for sharing your photos!

Hey, ladies, so glad you're enjoying my pics! Sharon, I have a Cannon PowerShot SX40 which, unfortunately, doesn't have the capability for the use of interchangeable lenses. It's just a little guy, but one day, I'll graduate ;). In the meantime, it does a pretty good job for me. Thanks for asking!