Well, hello there!  Just popping in to share a few of the things that have been keeping us running, other than everyone being sick with something, over the last couple of weeks.  Adina and I had a little, mother-daughter morning a couple of Saturdays back and went to pick up a few homeschool necessities at Lakeshore Learning.  They have so many hands-on activities and toys to play with, I think we were there for like two hours.  Adina also made this Abraham Lincoln mask in honor of President's Day. 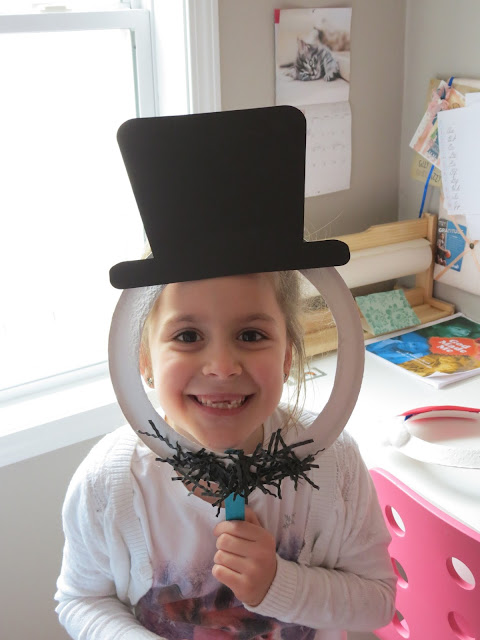 Somewhere amidst all the chaos, we had Valentine's Day.  My kiddos got gifts that fit their current likes.  Ezekiel got a book; Adina received a festive dress to wear to church... 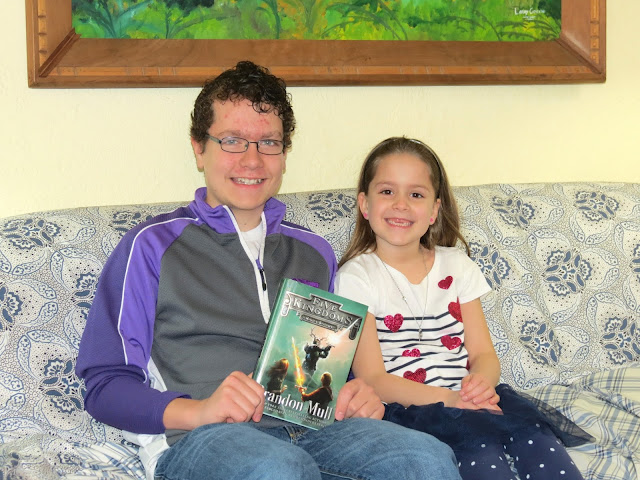 and Kaden got Kinetic Sand.  This stuff is so fun! 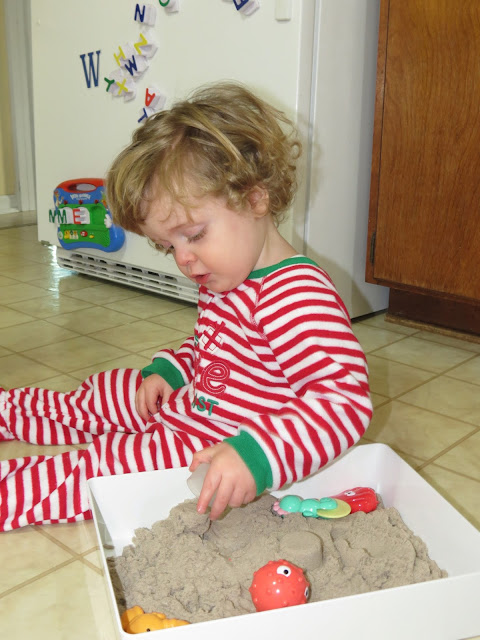 My hubby brought me home these fragrant blooms... 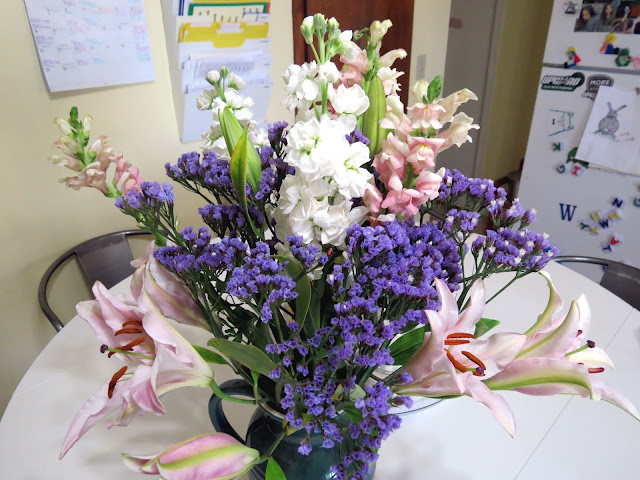 and chocolate-covered strawberries, of which I only ate three.  Everyone loved these! 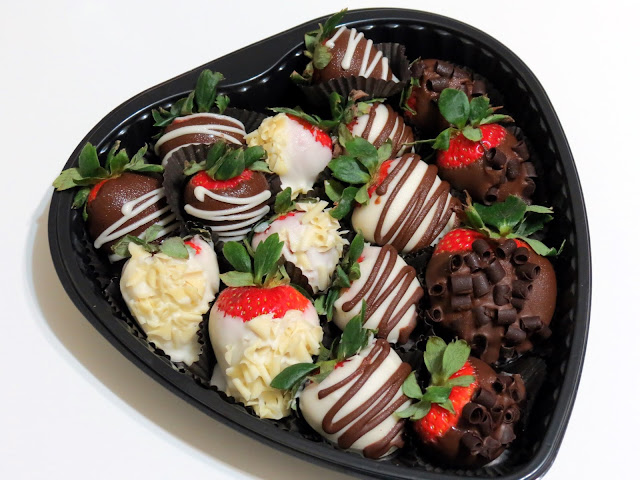 I bought my hubby a men's gift box from Elegant Rose Boutique, and he's already asking me about reordering a couple of things.  This was a different sort of gift, and I'm just thrilled he liked it. 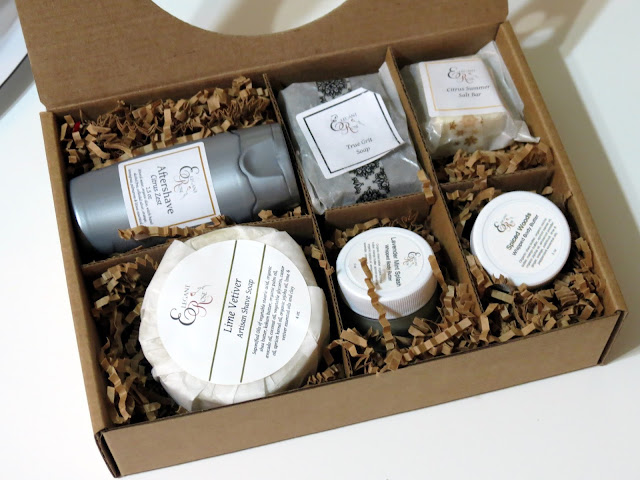 And of course, there were lots of goodies to share. 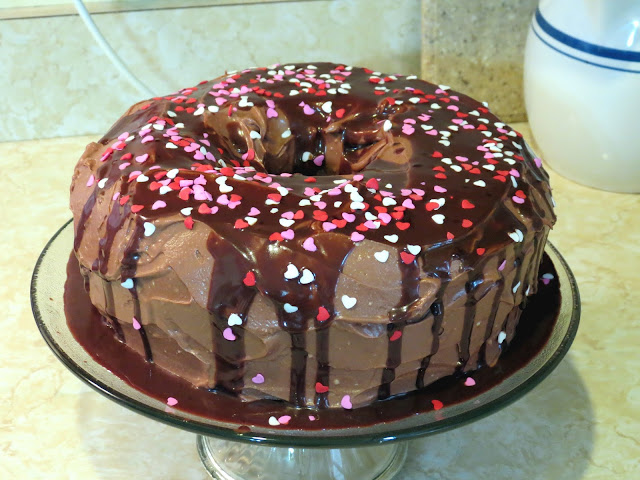 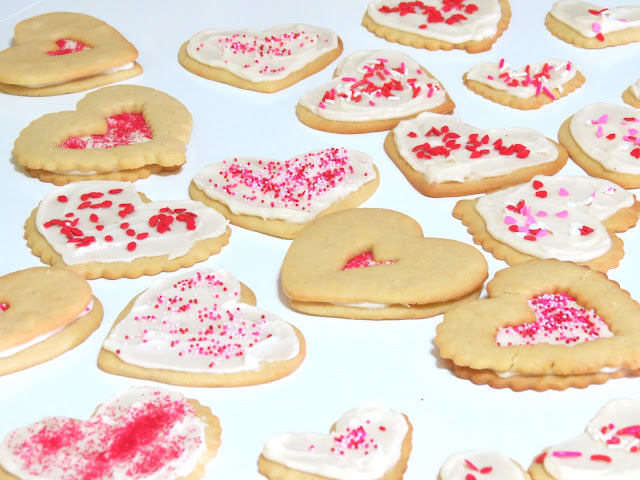 Ezekiel and Adina both finished up their regular seasons of basketball.  However, while Ezekiel has at least two post-season games to play, in a city-wide tournament, this coming Saturday, Adina wrapped things up with a new, end-of-season basketball (The other ladies in the photo below weren't on Adina's team, but they're sweet friends of hers from church.)... 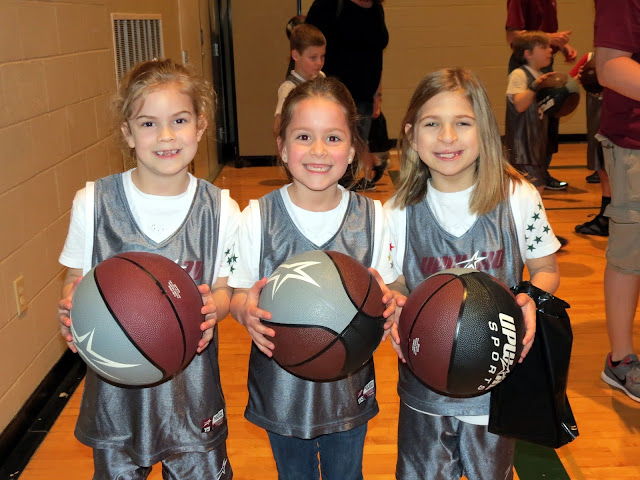 and visit from Team Impact.  That guy with the microphone made most of the brick-work mess on the stage, but I missed most of those shots.  My little guy had ants in his pants.  I've never been big into feats of strength, but I think the whole of the Upward players had a good time, and it's really all about them.  In case you can't tell, in the second photo below, he's ripping a Dallas, Texas, phone book in half from top to bottom; and in the third photo below, he's rolling a frying pan up like a burrito. 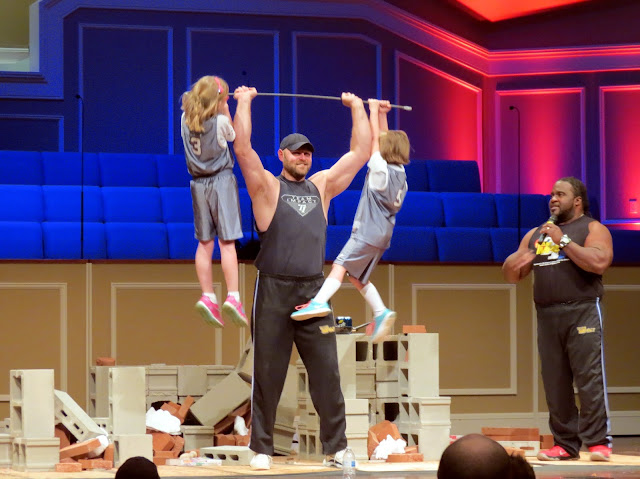 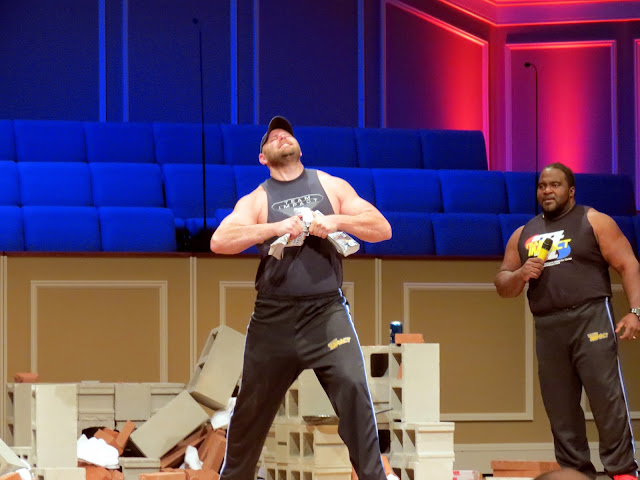 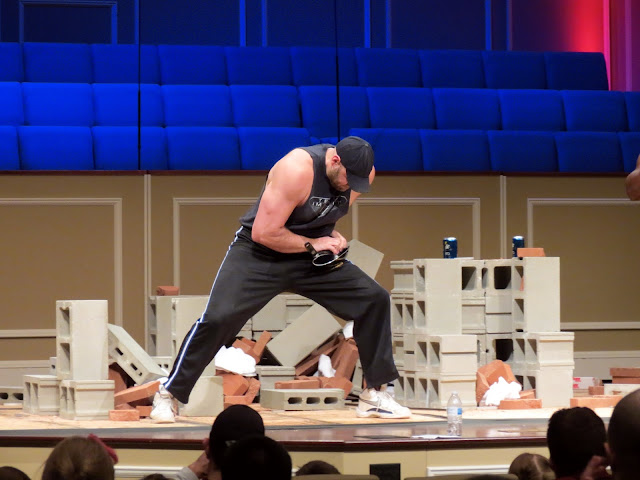 After Adina's last game, Kaden and I stayed with her for a team lunch/party, while Ezekiel and my hubby took off to Ezekiel's game and a batting camp after.  The littles and I decided it was just too nice outside to go home.  So, we got slushies and played in the park. 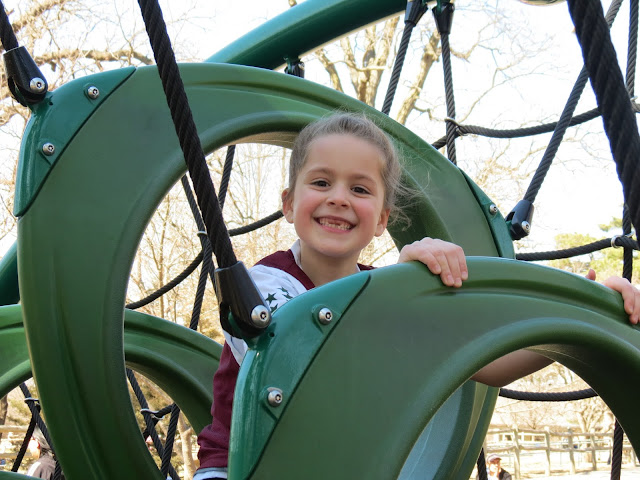 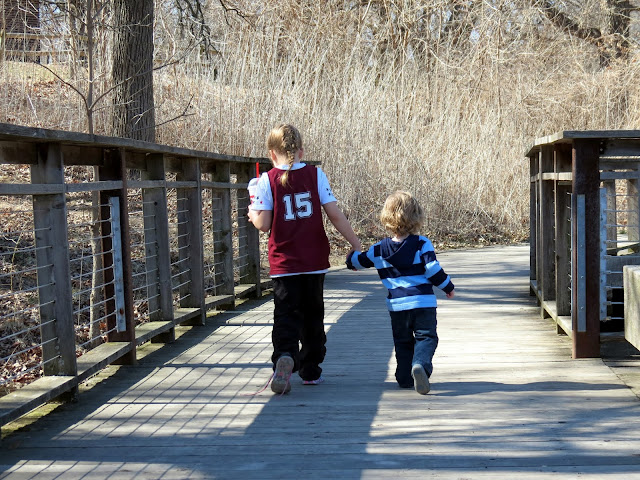 Somebody didn't want to go home. 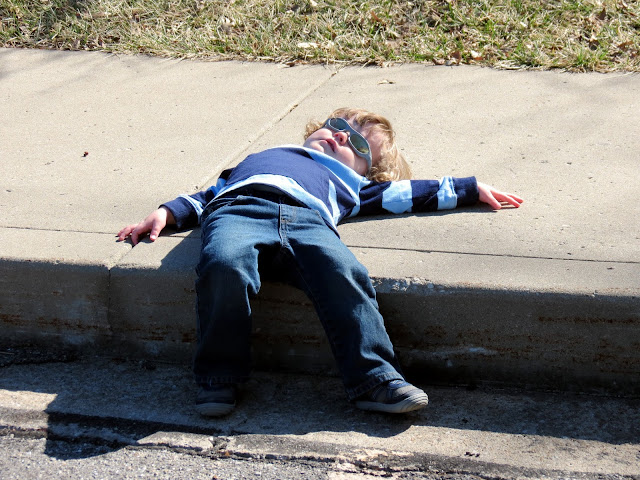 That's covers the highs.  Other than that, we've been plugging along at our studies and just hanging out, trying to get everyone healthy again.  It's been a long road to recovery, but the medicine cycles are almost complete, and the raspy coughs are beginning to grow faint. 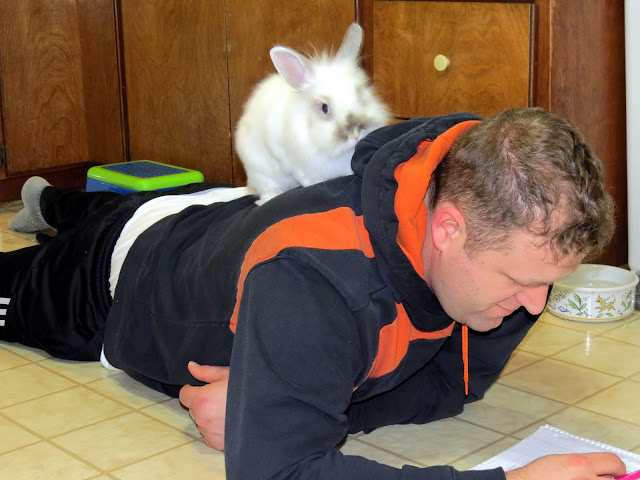 Ezekiel starts baseball, with a new team this year, in a couple of short weeks, and Adina begins soccer by the end of the month.  They keep us on our toes, y'all, but we wouldn't have it any other way.  Thanks so much for peeking in!  Have a blessed day!
Posted by Jinny Newlin at 7:00 AM

Great update! Looks like a fantastic V-Day, and that photo of Kaden sprawled on the sidewalk is hilarious, hope you will be scrapping that!!!

Always love your family updates and photos Jinny!! The last one of Kaden is a HOOT, your need to frame it!!

Great post and I did enjoy seeing your photos ... glad Valentines was a good one for you and your family!

Your family is adorable!! Love that Adina is missing her two front teeth!!