Well, hello again, friends!  I'm so happy to be back sharing another project for Pretty Little Studio.  As has quickly become norm for me, another vintage die cut inspired it all.  Many of you may remember that Adina got a bunny, which she named Snowflake, for her last birthday.  So, when I saw that little, white bunny in Nellie's lap, I couldn't resist snatching her up to showcase these pics.  I didn't leave myself much room for journaling, but the story itself really began with pics of picking Snowflake up.  I have fewer good photos from that event, which will allow for more room for journaling.  So, I left this one free to simply showcase the happy, new friends. 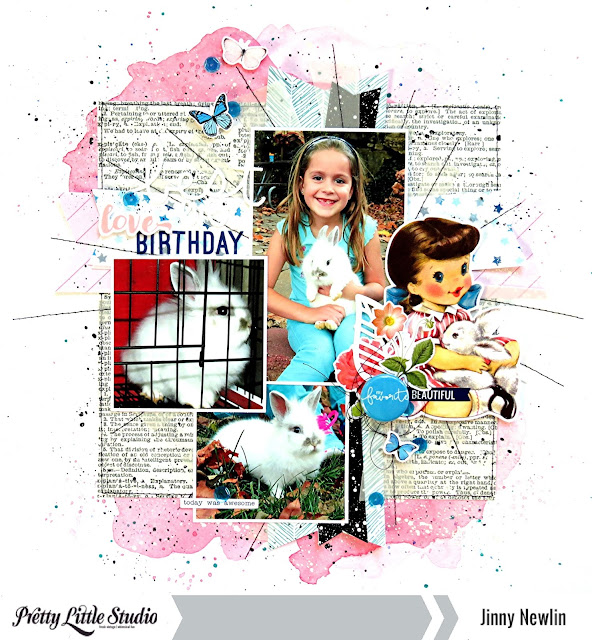 I started this page by smudging pink watercolors onto a piece of 12x12 watercolor paper and splattering it with those same shades of pink, as well as blue watercolor and Sky Mister Huey's.  I then anchored the 8x8 text print, in the center of the page, with a black-threaded, straight, machine-stitch frame.  A number of patterned papers were then hand-cut in the shape of banners and adhered, both horizontally and vertically behind where my photos, which were matted with white cardstock, would lie.  Before adhering those photos, I used more black thread to stitch the Cameo-cut, vellum Heartburst over all previously-described layers.  The "best ever BIRTHDAY" title was created from a Cameo-cut, white, cardstock "best ever", which I dressed up with a little glitter, and clear, navy, ABC stickers.  I also popped a "love" die cut up into the mix. 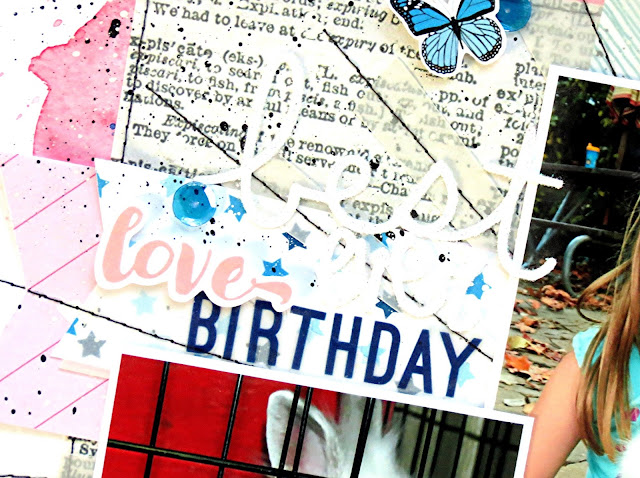 The main cluster was initiated with that sweet, little, Vintage Nellie Die Cut mentioned above.  A couple of Woodland flower die cuts, mixed in with a Cameo-cut, white, cardstock leaf, give the illusion that Nellie is hiding in a garden all her own. 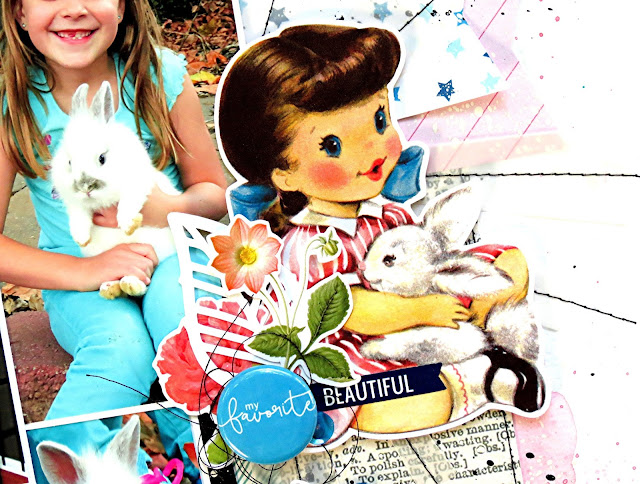 I grounded the stems with a "my favorite" flair button, backed with a tangle of black thread, as well as a "BEAUTIFUL", flag sticker; and a little, blue, butterfly die cut keeps the design moving. 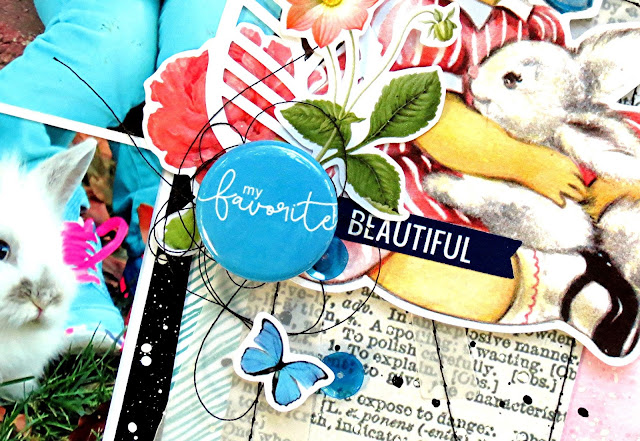 A couple more butterfly die cuts dress up the top of the page... 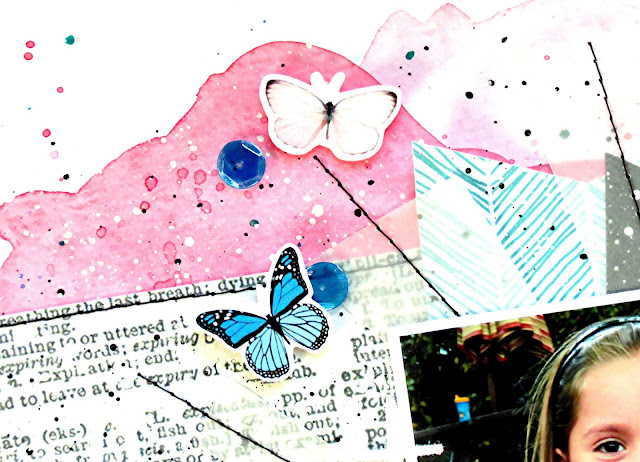 and a "today was awesome", phrase die cut, along with a scattering of blue sequins, completes the look. 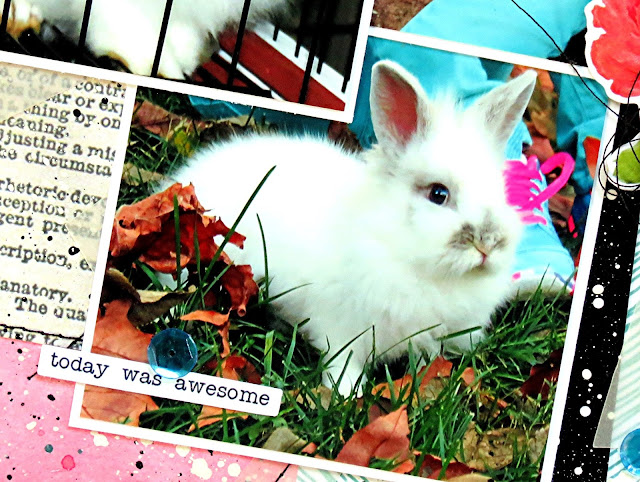 Further Inspiration for this page came from Stuck?! Sketches' July 15th Challenge, which I rotated 90 degrees to the right... 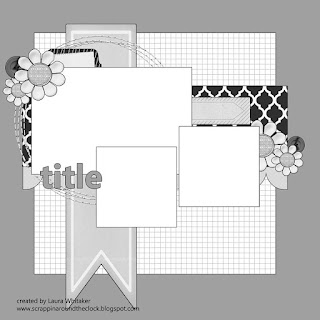 and The Cut Shoppe's July Cut It Out Challenge.

Thanks so much for humbling me with a visit!  Have a wonderful Wednesday, y'all!  XOXO

You amaze me with your talent Jinny! This is so darn cute, I love it to pieces!!

your layouts are always amazing.. this is awesome and I totally love it.

If there were a scrapbook hall of fame, you would most definitely be in it!! This is just as sweet as can be Jinny. That vintage image is darling and so perfect with the pics of Adina and Snowflake!

Darling! I adore that stitched sunburst!

OH this page is just too much - so absolutely perfect! Love the stitched background too! Thank you for playing along at Stuck?! Sketches!

Absolutely adorable! Your pages are a sheer delight!

LOVE those stitched lines! AMAZING! Thanks for playing along with us over at Stuck?! Sketches!

That die cut couldn't tie this layout together any better. Love the vintage look of it paired with your sweetie and Snowflake. :-)

Wow your daughter is growing up fast! Gorgeous layout! Someday when they go back over all your gorgeous pages they're going to know how much they were loved and treasured! Beautiful!

Darling page! The butterflies are so perfect with the pink water colored background... and oh, that sweet vintage girl image! Perfect!

Jinny - what a darling page!!!
I love the newsprint and stitching..... truth is I love everything about your page
Thank you for joining us at Stuck?! Sketches!