Happy Sunday, y'all!  Just popping in to share a page that I created for Hip Kit Club's Facebook page and the new Sketch Challenge last Friday.  Aside from the sketch below, my assignment was to use my favorite products from the kit.  I adored the Floral Die Cuts, in the November Main Kit, the minute that I saw them.  So, they were the first thing that I pulled; and the ornament Die-Cut Stickers, from the Embellishment Kit, have been calling my name since the beginning of December.  They just haven't seemed to fit my other assignments.  So, between those two things specifically, not to mention my last two Wood Veneer Holly Shapes and that fabulous, White Christmas 12" x 12", background print, as well as the Cardstock Kit and a few Leatherette Stickers from the Pocket Life Kit, an idea formulated.  This is where it led me. 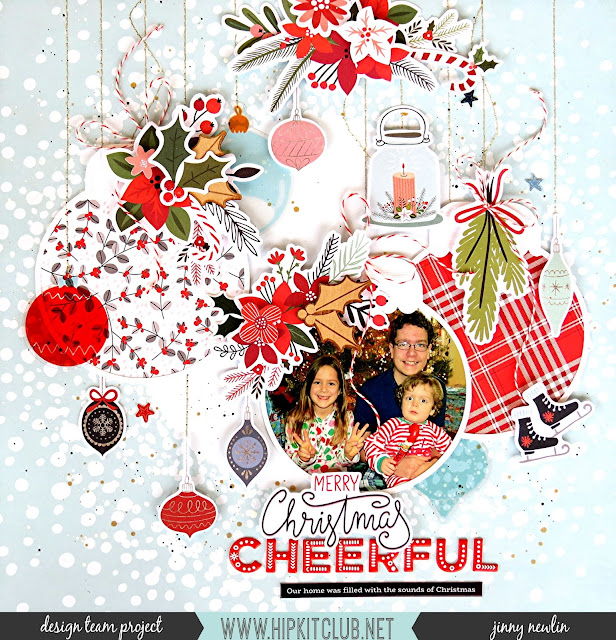 I started this page by splattering that amazing, White Christmas 12" x 12", background print mentioned above with Gold Color Shine and Pure Black and Titanium White acrylic paints.  I then separated the ornaments from the words in the Exclusive Merry Christmas Cut File; Cameo-cut them from textured, white cardstock; and filled them in with the Fa La La and 'Tis the Season prints, as well as my photo.  Their tops were backed with textured, white cardstock, punched across their bottom edges with the scallops. 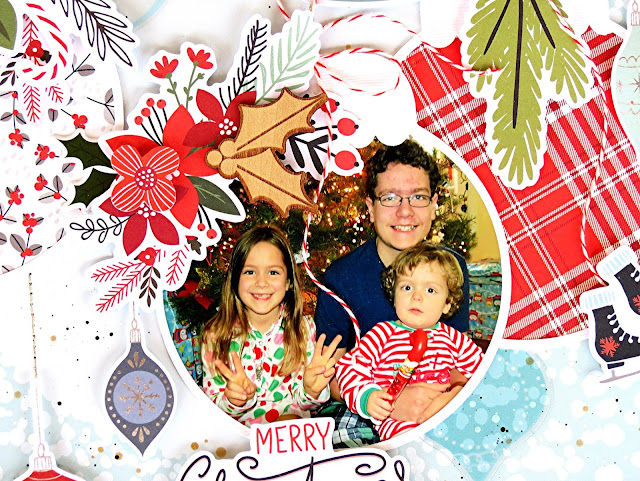 My photo itself was then embellished with lots of Floral Die Cuts, some of which were popped up with foam tape, as well as a Wood Veneer Holly Shape, Puffy Sticker holly, and length of Baker's Twine, tied in a bow. 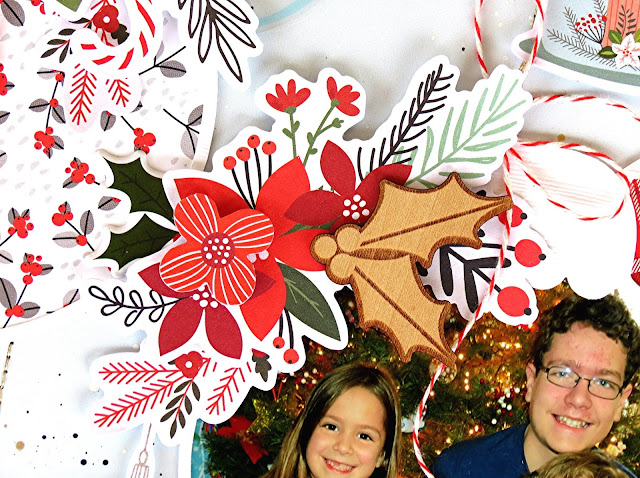 It was grounded with the "MERRY Christmas" title, which was created from a Die-Cut Sticker, backed with white cardstock, hand-cut out, and popped up with foam tape.  The title itself was further anchored with "CHEERFUL" and "Our home was filled with the sounds of Christmas." Puffy Sticker phrases. 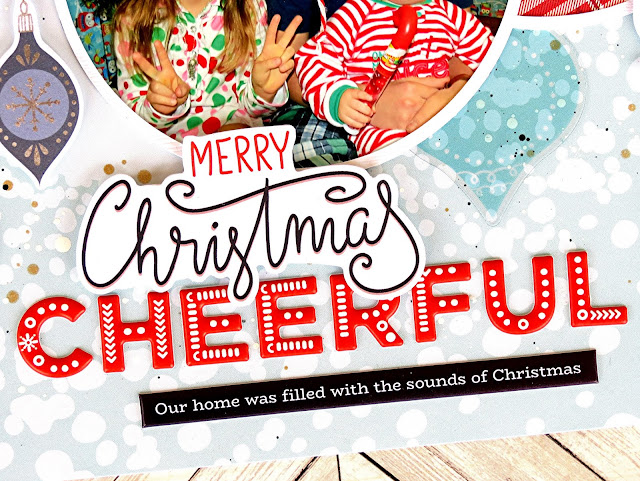 The remainder of the ornaments were embellished with more of those same Floral Die Cuts, as well as a few of the Mixed Die Cuts and another Wood Veneer Holly Shape.... 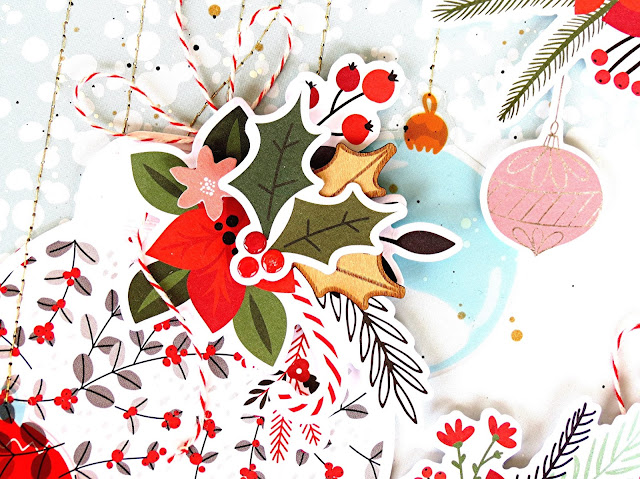 and topped with Baker's Twine bows... 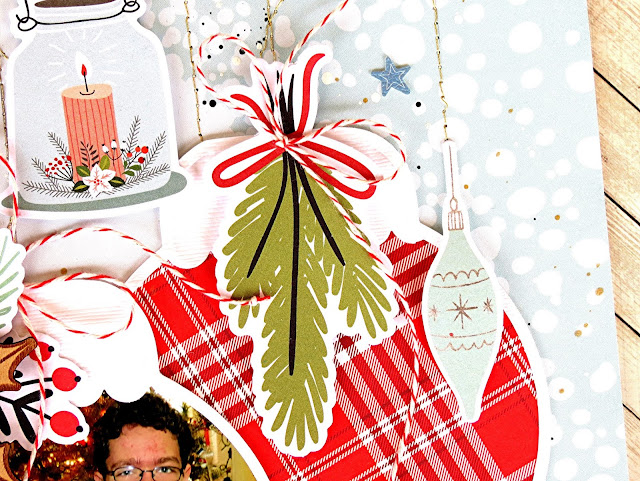 one of which trails into the Mixed Die-Cut ice skates, which were popped up with foam tape. 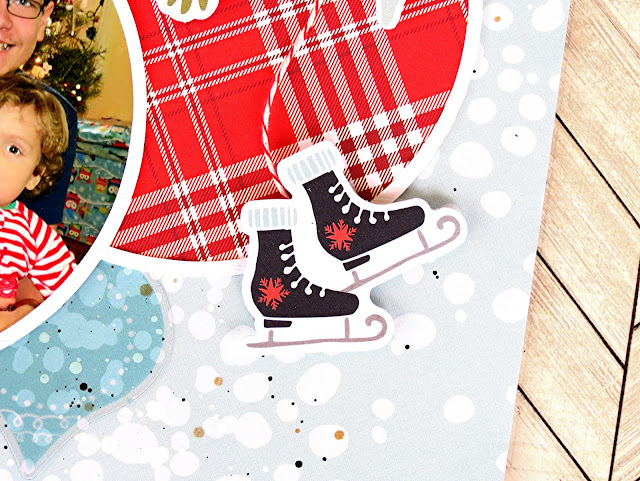 Die-Cut Sticker ornaments dangle throughout the design amidst Acetate Die-Cut ornaments, all stretching from the top of the design with gold-threaded, straight, machine stitching.  A little Glossy Accents top a few of the berries. 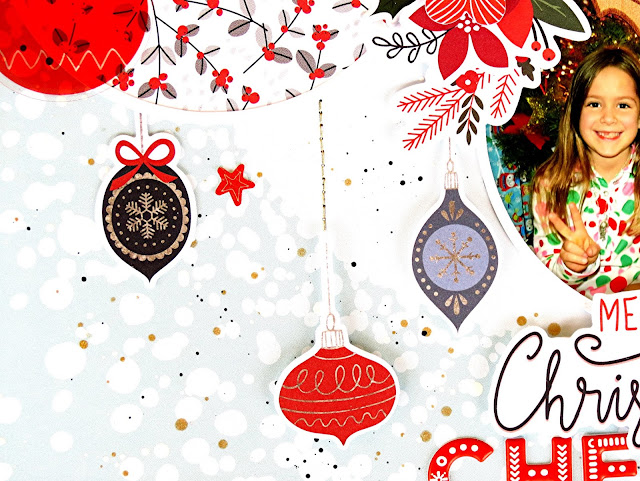 Another Die-Cut Sticker ornament hangs from one final, Floral Die-Cut cluster at the top of the page... 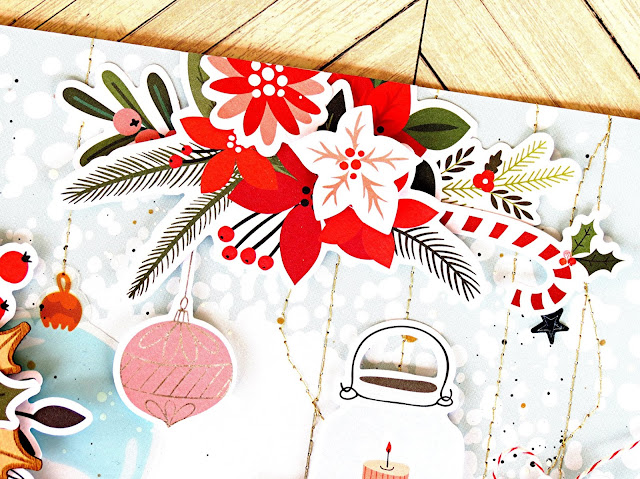 and a Mixed Die-Cut luminaria, once again, popped up with foam tape, as well as a few Leatherette Sticker stars, completes the look. 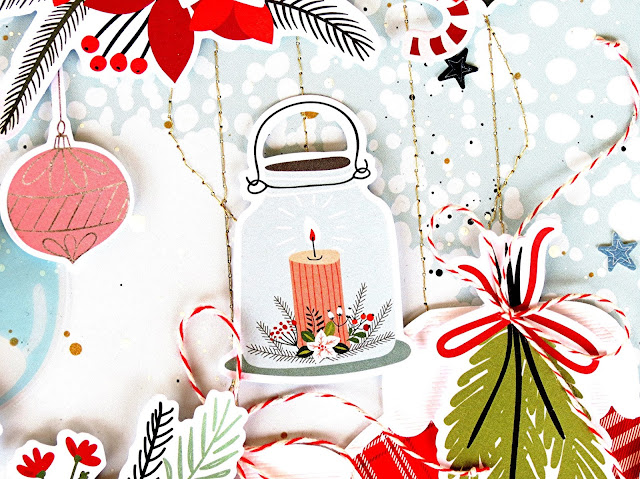 Before I run, here's that sketch I mentioned above.  Be sure to stop by the HKC Facebook Group to  join in the fun and play along. 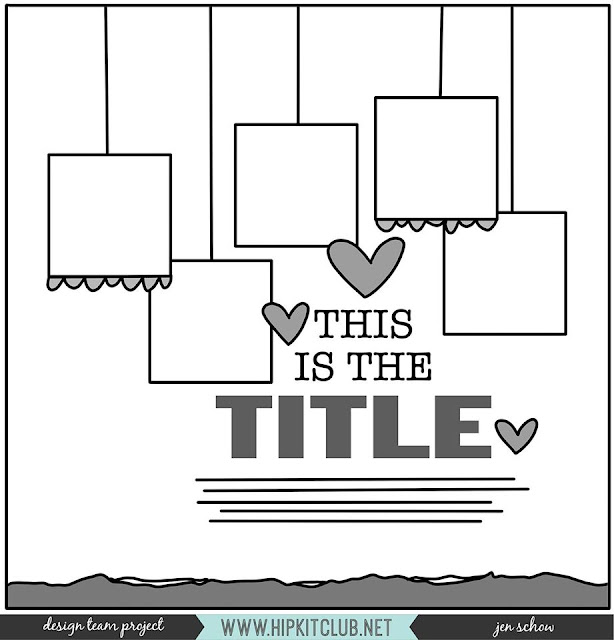 Thanks, as always, for humbling me with a visit!  Have a safe and blessed New Year, friends!

This is GORGEOUS!! I love love love all the ornaments!!!

You always know just the right special touches to add, this is delightful!